Recreation at Exhibitionism: The Rolling Stones of the flat at 102 Edith Grove in West London shared by Brian Jones, Mick Jagger, Keith Richards and James Phelge in the early 1960s. Photos from Navy Pier in Chicago.


...like many young men in bands their home was an absolute mess with clothes, dirty dishes and old fag ends and empty beer bottles everywhere!

"The milk bottles were just growing this stuff. It was very much like that, the kitchen particularly," Charlie Watts commented.

The band were instrumental in bringing their old home to life again and whilst no photos exist of the flat it would become the launchpad for an amazing legacy.

Keith recollected, "It was definitely a time when we were working hard, learning the blues, endlessly, all night… imbibing it. It was a major part of the band coming together."

The verisimilitude was pungent. I manfully resisted reaching over and rifling through the albums. The kitchen and bedroom I gave a wide berth. 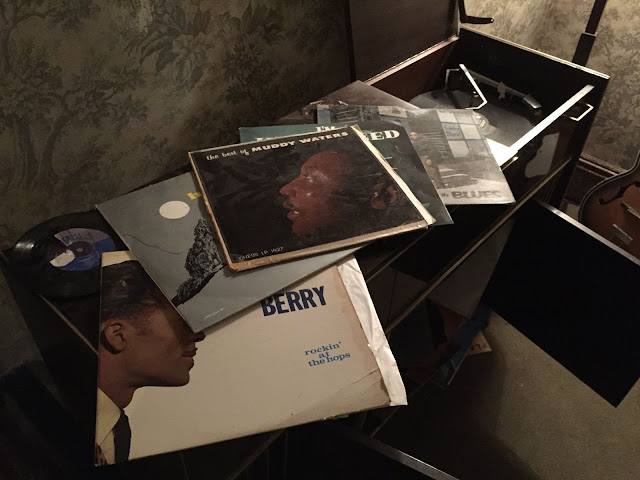 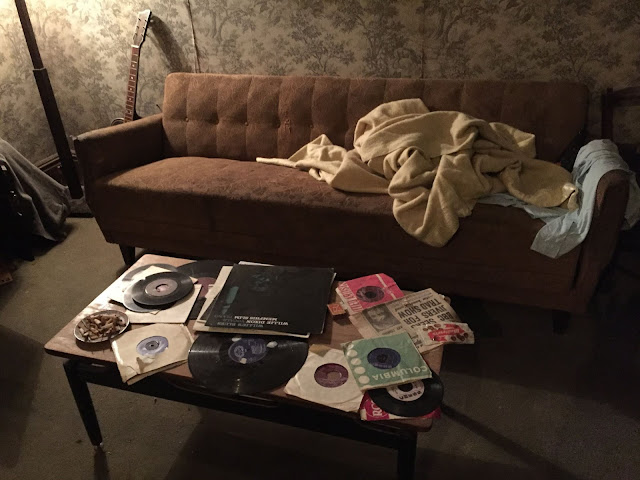 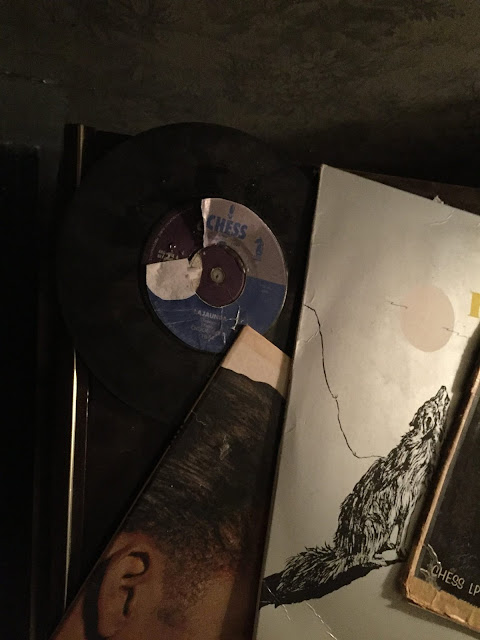 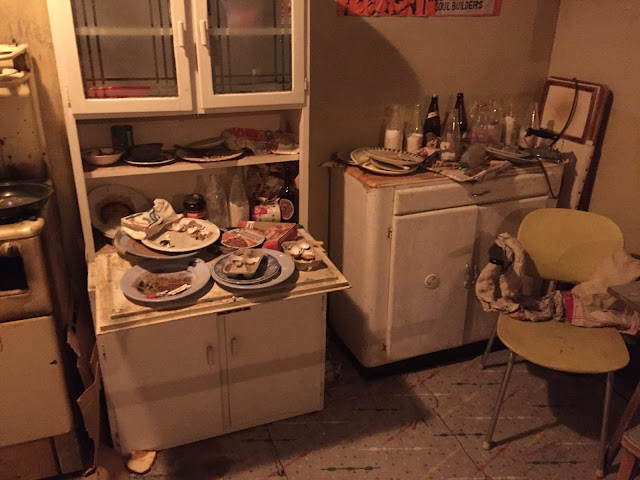 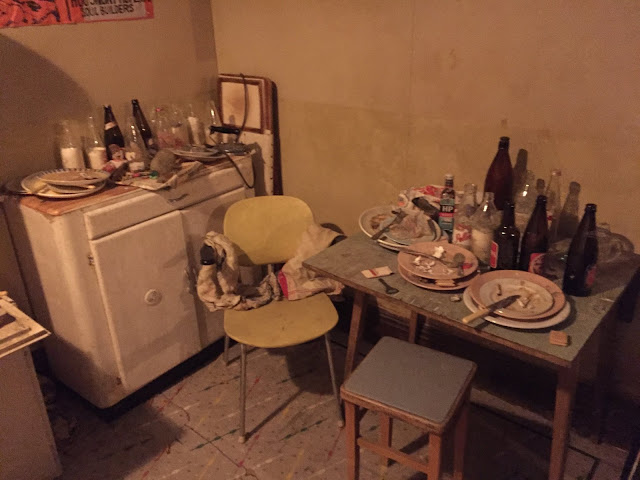 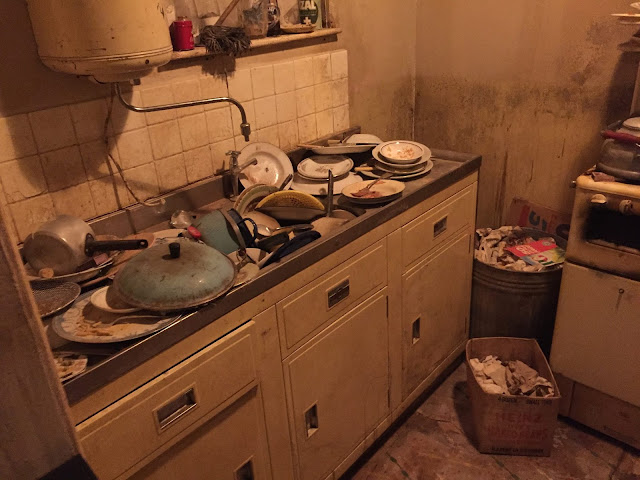 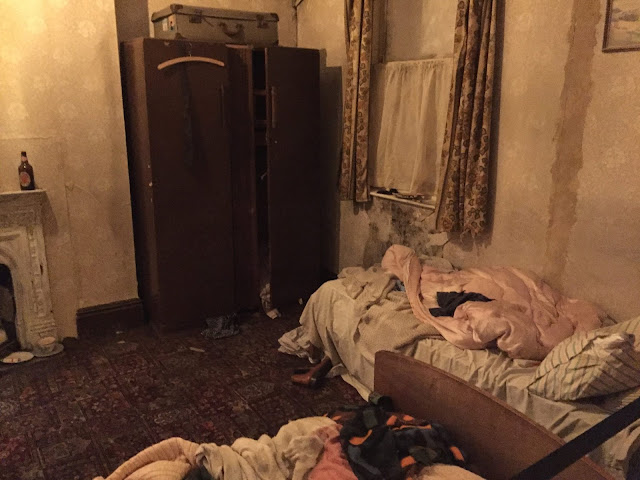 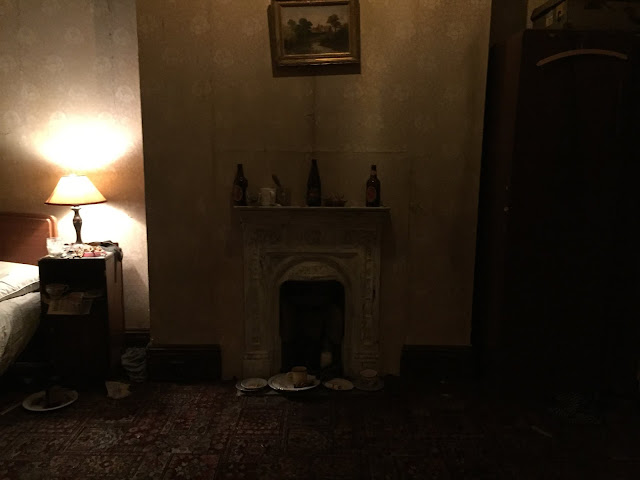 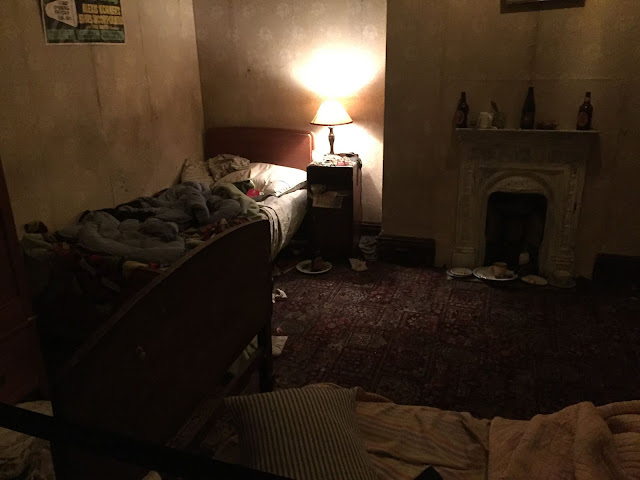 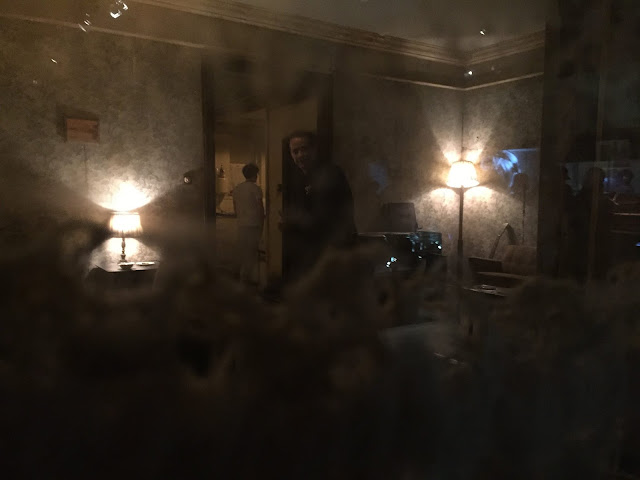