New Bomb Turks at the Bottle 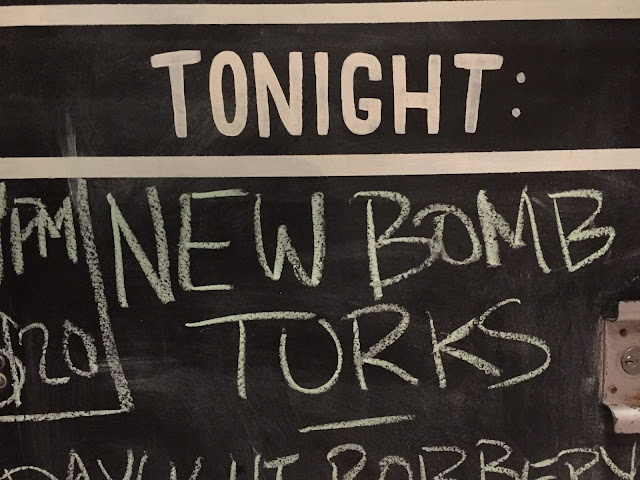 DOWN AT THE ROCK & ROLL CLUB—Last night's New Bomb Turks show at a crowded and sweaty Empty Bottle in Chicago graphically reminded me that the erstwhile Columbus, Ohio band plays serious rock and roll that doesn't take itself too seriously. A paradox? Singer Eric Davidson and fellas have always cited sonic touchstones in 1960s snotty garage rock as well 70s nihilism and 80s speed—their bio puts it this way, "Musically, they are akin to The Saints, Dead Boys, The Pagans,The Sonics or the Troggs"—and the blur of their best songs creates a thrilling roar of amped-up anthems and crunchy, hooky rock and roll, leavened with humor. Davidson's cartoonish stage act gets schticky at times—he'll stick the mic down his pants, choose a giddy fan up front to fake-fellate said mic, rub said mic under his arms, sniff it, and grimace or produce a theatrical "A-OK" thumbs-up, wag his tongue out and shake his head violently, pick his nose, pick a fan's nose, steal their hats, chuck their phones, generally leap about like an ADD schoolkid trying to bust out—and the comedy threatens to distract from the earnestness and tightness of his band's riffing. But then guitarist Jim Weber's Gibson—which sounded great last night—will cut through Davidson's banter, shove it aside, really, show who's boss, and they're a band again, whether Weber's whipping up two minutes of breakneck eighth notes or slowing things down, as in the strutting, rocking "T.A.S.". I love Weber's face when he plays—he often looks mildly anxious about what he's detonating, as if he might lose control of the sound and then he'd be responsible for the ensuing riot. But the Bottle stayed safe; the mosh pit was mild and sloppy drunk, under adult supervision, and Davidson, for all his rabble rousing, pushed things to a line that teased the mayhem, but always pulled back, grinning.

The band hit the stage at midnight, opening with "Point A To Point Blank," and was firing on all cylinders, barreling through as potent a train wreck of punk R&R as when I first saw them 23 years ago (!). You don't need to know all of the Turks' songs to dig their energy and wall-of-sound: the nihilism, bitterness, and disgust come through in every number. The band closed their encore with a rousing version of Wire's "Mr. Suit" from their 1993 debut Destroy-Oh-Boy. Davidson dedicated it "that fucking asshole Sean Spicer." 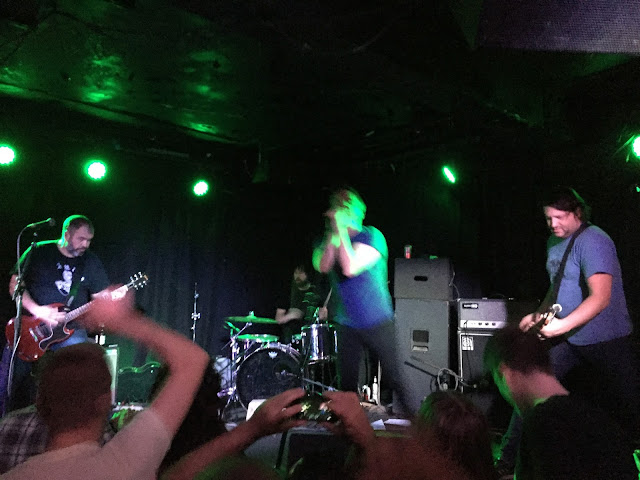 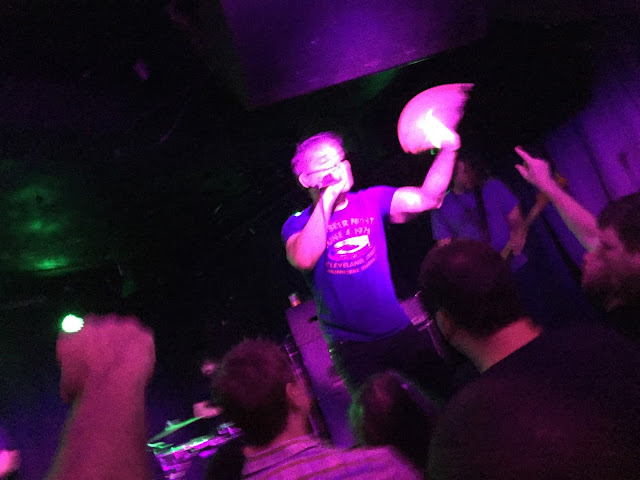 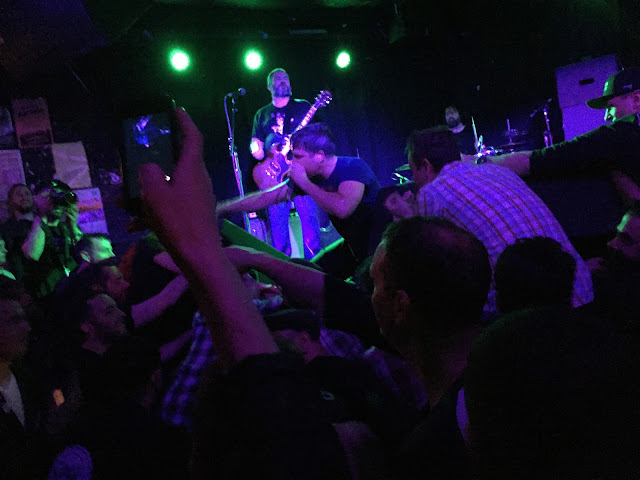