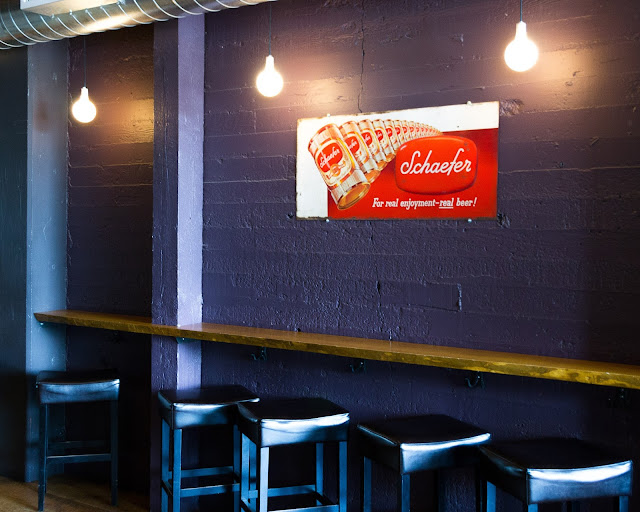 I've been thinking that it's high time Schaefer beer enjoys a hipster renaissance, a cultural sea change not unlike that which elevated Rolling Rock, PBR, et al from cheap and obscure to cool and coveted. But I'd gravely fear this development, too, of course. I fantasize this because I can't find Schaefer beer—the beer of choice when I was in my 20s and 30s, and a brand I still love—anywhere in northern Illinois, where I live; when I'm on the east coast visiting family I make sure to buy a case or two to bring back home with me. While I'd welcome the increased availability that came with a revival of Schaefer, I'd worry that it might result in higher prices, an unwelcome (by me) change to the brewing process (a process that does not turn on the folks at Beer Advocate), and, worse, the kind of identification among scenesters that might alienate longtime Schaefer fans, those who, like me, won't apologize for the flavor or lack of ABV punch, who love one or several on a hot day, with a sandwich at dinner, or while spinning a stack of old albums into the night. When I was visiting-cum-living in New York City while writing Sweat in the early 2000s, I was stoked to stumble upon the Parkside Lounge on Houston that served Schefer on tap; that supply was short-lived, but there was always that diner off of Union Square that served Schaefer cans, and, later—and still—the wonderful International Bar on First Avenue, my warmly dark, narrow bar of choice for years when I'm in the city, where an always-friendly, always-laughing Claire will sell me an ice-cold can of Schaefer in the late afternoon. Sure, the nearby Burp Castle features a terrific cache of Belgian ales and kick-ass IPAs, and I always duck in there, too, but I often prefer the mild-strength, red-and-gold, American-style lager late of Ebbetts Field and my Washington D.C. suburban adolescence. A fashionable revival of the brand might deliver Schaefer more widely, but on second thought maybe I prefer to seek it out, a corollary to chasing my early and lasting affection for what the mid-century advertisements called the "real beer." 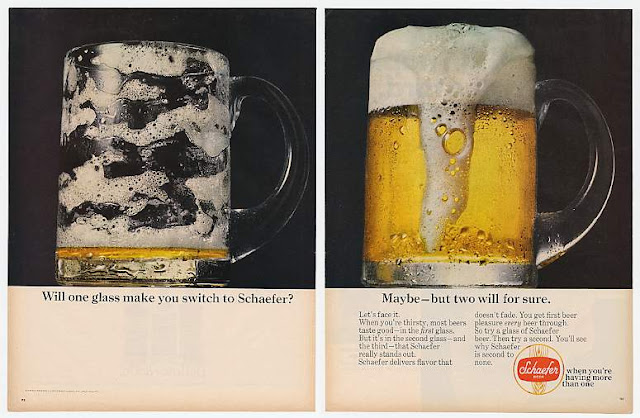 Good to hear. I hope so! Deets?

Keeping my fingers crossed. I can get it here in Western Massachusetts and I do my best to support the brand