More on "The Performanest Man" 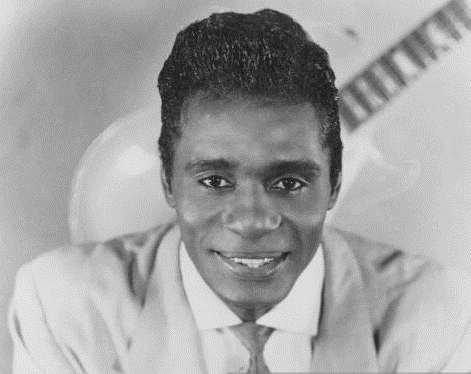 Lately I've been reading everything I can about, and listening to every recording of, the wild Mississippi blues singer, guitarist and performer extraordinaire Guitar Slim, born Eddie Jones, who I wrote about a little while ago here. In addition to Randy McNutt's Guitar Towns: A Journey to the Crossroads of Rock 'n' Roll, Tom Aswell's terrific Louisiana Rocks! The True Genesis of Rock & Roll is a solid source of information on Slim, who was born in 1926 and died in 1959, and whose tragic life story is as cloudy and full of early holes as it is dynamically interesting. Slim's recording career was brief—stops at the Imperial, Bullet, Specialty, and Atco labels; Specialty, via Fantasy, released the indispensable Sufferin' Mind compilation in 1991—and though the influence of his recordings has been palpable, his true legend issued from the stage, which he commanded, and left behind in smoke and rubble in his inimitable style.

Slim, who's dye his hair and shoes to match his varied and colorful suits, was a rock and roller at heart—tyranny of taxonomy aside, what I mean is that he recognized intuitively that vital performing isn't relegated to a stage: he entered clubs playing a guitar, left the club playing a guitar while on the shoulders of his valet, and sometimes even drove away from a venue still playing the guitar. He understood that spectacle, grins, and a self-assured, grinning exuberance is as essential to making and delivering music as the capo he called his "choker" and getting the levels right in a studio (a technical nicety he usually ignored, God bless him). Years before Jerry Lee Lewis and later-day rock and roll bands like the Fleshtones, and decades before wireless guitars, the long-snake-guitar-chord trailing Slim regularly broke down the wall between performer and audience member, a thrilling and memorable gesture that seemed to be native to him, and which sent his audience into delirium, and his co-performers into envy, and then resignation. Slim performed ably off the stage to, if in an often vexed and reckless manner: at the end of his bfief life his body was weakened by years of alcohol abuse, and he left behind a string of common-law wives, and children. But, man, how I wish I could've seen him play.

To get a flavor of the Slim, onstage, in the studio, and in hotel bacchanal, here are some observations and memories from a few guys who were close to the fun. From Aswell's book:


Taking the name Guitar Slim, he began experimenting in distorted overtones a full decade before Jimi Hendrix. Wearing his loud suits and flaunting his dyed shoes and hair, he would come onto the stage with more than three hundred feet of microphone wire connected to his guitar. Invariably, at some point in his performances, he would climb onto shoulders, and the two would walk through the crowd, out the front doors, and across the street, never missing a beat. Motorists would often come to a complete stop to gawk at the wildly dressed black man sitting on his valet’s shoulders and playing a guitar. Inside, the band would occasionally incur Slim’s wrath by unplugging his guitar from the amp and playing a completely different number as a prank while he was outside.

New Orleans songwriter-pianist Al Reed said Guitar Slim had a greater impact on the electric sound than any other guitarist. Once, Slim and Fats Domino were scheduled to engage in a “Battle of the Blues” at the Monroe Civic Auditorium. Fats was scheduled to go on last because he had several hit records. Before the show, Slim warned Fats that he was going to run him off the stage.

The auditorium was packed and true to his word, Slim had the crowd going wild. Slim walked off the stage with his guitar, slipped out the back door of the auditorium, and got into a car, still playing. No one knew where Slim had gone. When Fats came on, he told the people, "Ain’t gonna be no battle tonight." Instead, Fats played his regular show. 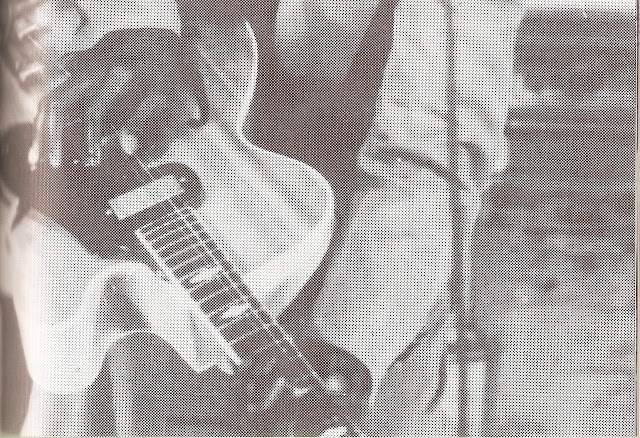 An important source for Aswell was Jeff Hannusch's I Hear You Knockin': The Sound of New Orleans Rhythm and Blues, published by Swallow in 1985. Two choice cuts from Hannusch's excellent book:


Earl King remembers seeing Guitar Slim at the peak of his all too short career:

Gatemouth Brown, T-Bone Walker, Lowell Fulsom, and Guitar Slim were all performing one night at the White Eagle in Opelousas, Louisiana. Slim was headlining because "The Things I Used To Do" was a scorcher. They were an sitting in tho dressing room and Guitar Slim walked up to ‘em and said, "Gentlemen, we got the greatest guitar players in the country assembled right here. But when I leave here tonight, ain't nobody gonna realize you even been here." Well, they all laughed, but that's exactly what happened.

Slim come out with his hair dyed blue, blue suit, blue pair of shoes. He had 350 feet of mike wire connected in his guitar, and a valet carrying him on his shoulders all through the crowd and out into the parking lot. Man, he was stopping cars driving down the highway. No one could outperform Slim. He was about the performanest man I've ever seen.


When Slim came in off the road, he stayed upstairs at the Dew Drop. "Slim liked |o be where we action was," chuckles Earl. "In fact, you knew Slim was back in town, ‘cause early in the morning, around seven-eight o'clock, if he was tanked up, you'd hear them amps and P.A. going off. People'd be calling me police, ‘cause you could hear Slim three blocks away! And here's Slim up in his room with his shorts on, goin’ through his stage routine.

"And Slim‘s room was something else, man," laughs Earl. "If you went up there, thcre‘d always be about seven or eight different women up there. He'd have his songs written with eyebrow pencil on pieces of paper tacked to the wall." 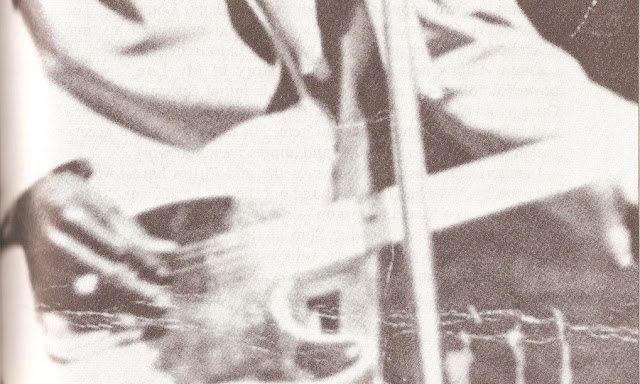 
...I will never forget our first session with him at Cosimo's J&M Studio, A rehearsal has been arranged in a back o' town hotel ballroom the day before the date, and Ahmet [Ertegun] and I and the arranger, Renald Richard from Thibodeaux, awaited him with growing trepidation as the hours went by and the was no sign of Slim.

The next thing we saw was a tidal wave of humanity pouring down the street, children and grownups, couriers announcing to the world “Here come Slim! Slim on the way!" A fleet of three red Cadillacs pulled up, and himself emerged in a mobile bower of chicks in red dresses—matching the Cadillacs—and a retinue of courtiers, senechals, janissaries, mountebanks, and tumblers.

Slim did not agitate himself getting the rehearsal started; first thing he told us was he had to change into his singing pants. As he was changing, the room filled to bursting with his public, an excited, euphoric crowd of chattering, laughing civilians. When Slim finally appeared, we explained that what we were about to do was prepare tomorrow’s record session, and that the audience would require dispersing. He nodded gravely, plugged in a guitar cord that had to be, sans exaggeration, 100 feet long. He called to his sidemen for a blues in B-flat and as they vamped, he circled the room, addressing each of his admirers, one by one. Most of them were given congé (Slim explaining that we were rehearsing) but a sprinkling of devotees, all female, were allowed to stay.

One of the ladies in red dresses explained to us that she was a shake dancer and that Slim had scooped her up in Las Vegas just three days before, on the way down. “You know that $2000 advance you gave him?” We knew. “Well, I got most of it now—at $500 a week.” She dimpled charmingly.

The next day we cut four sides with Slim in a wild session during which he kept sneaking up the gain on his guitar and blowing the tubes in Cosimo’s tape recorder, as well as the lights in the studio—a story to be told another time.

Finally, here's one legend on another: