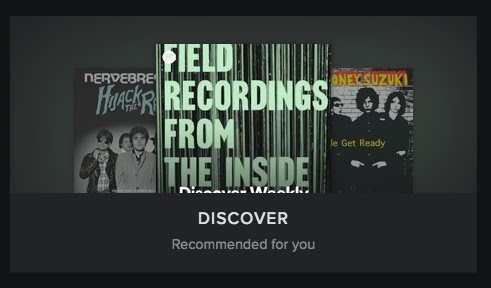 The nice folks over at Literary Hub are running the title essay of Field Recordings from the Inside, along with a Spotify playlist that I've created especially for the book, highlighting many songs, from the well-known to the obscure, that I write about in the book. Read along as 10cc, Reigning Sound, Ishman Bracey, X, Jerry Lee Lewis, Dave Brubeck, Foreigner, the Monkees, the Detroit Cobras, Hank Williams, Sam & Dave, the Clash, Drive-By Truckers, Captain & Tennille, Southern Culture On The Skids, Paul Stanley, Terry Jacks, and many more serenade ya.

Here are the essay's opening graphs:


My younger brother had developed a phobia of listening to records played at the wrong speeds. We’d be listening to a 45 or an LP, and if I moved the RPM knob one way or the other and the song lurched into nasal, pinched hysteria or growled down to a menacing dirge, Paul would cover his ears, his eyes flashing. Sometimes he’d dash from the room; sometimes he’d cry. I can’t claim largesse these many decades later, manfully acknowledging that I soothed my younger brother in his distress—once in a while I’d torture him, quickly switching a record to the wrong speed to see his (predictable) reaction. Older-Sibling Job Description, maybe, but an unkind responsibility not without its trails of remorse. Inside of me: that a record could be insidious, that music has an interior darkness I didn’t know about. Look what it can do.

In the spring and summer of 1975, “I’m Not in Love” by 10cc was in regular rotation in the Top 40, reigning for two weeks at number one on the U.K. charts and peaking at number two on Billboard. Composed by Eric Stewart and Graham Gouldman, the song is famous for its haunting tones and otherworldly choral effect, studio-created by massing more than 250 vocal harmonies, a mammoth, labor-intensive undertaking in the era before digital sampling. Band members Stewart, Gouldman, Kevin Godley, and Lol Creme each sang a single note in unison that was then mixed, dubbed, and re-dubbed across sixteen tracks, looped, then played in a heartbreaking descending-then-ascending melody via keyboards and faders. An airy construction, the song begins in medias res, the instrumentation spare throughout: a Fender organ in the left channel mutters softly, a bass drum thumps quietly in the center, a strummed acoustic guitar whispers in the right. The effect might be the closest a pop song has ever gotten to reproducing a dream, the loose ends of experience beyond language. “I’m Not in Love” is less a tune than a field recording from the inside of your body, your heart chambers’ vérité.