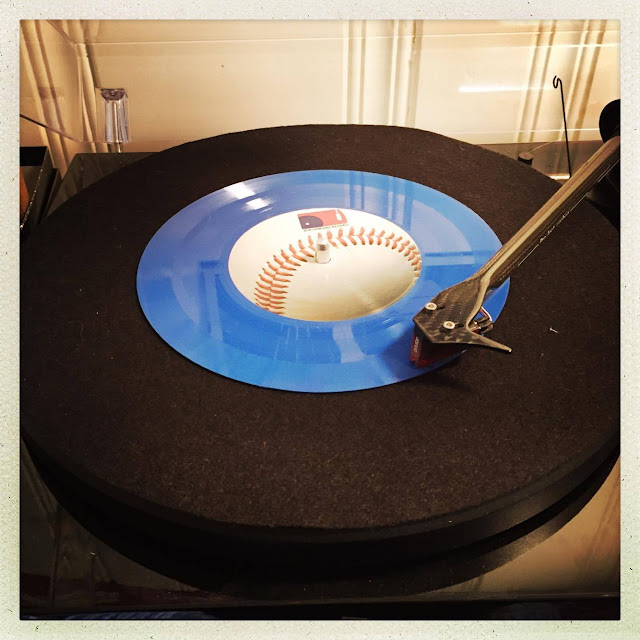 On the first day of Spring Training last week, MLB GameDay tagged a meaningless exhibition workout with a bright-red "Perfect Game" alert. I couldn't help but roll my eyes. A starting pitching performance in February—a glued-together assemblage of a coddled starter and rookies hoping to make an impressions, all of them stretching out, looking for release points and working through winter-bred mechanical issues—bears little relation to a meaningful performance in mid-Summer. MLB is falling victim to that Twenty-first century seduction: more data because we have it, not because we need it. I don't think that God intended baseball fans to hear, let alone watch on our computers or phones, quite so much February and March baseball: Spring Training has become a first season, now, preceding the regular season and the postseason, and is no doubt plenty remunerative. I'll listen to, and sometimes watch, Spring Training because I can, but do I need to? Hearing the ambient sounds of a game, listening again to the voices that will be murmuring sonorously all year, imagining sunny skies from the dolor of gray Illinois is a wonderful escape, but, at the risk of indulging nostalgia, I'm pining for those days as a kid when all of the information I'd pick up from Spring Training arrived in the form of a grainy black-and-white photograph in the Washington Post of, say, Ken Singleton or Jim Palmer stretching their limbs in a far-off sunny land called Arizona (or was it Florida?). Maybe I'd get a score at the end of the sports segment on TV. I can't recall if any March games were broadcast in the 1970s; now, you can hear virtually every inning, if you pay for it. (And MLB GameDay audio is still one of the greatest bargains a ball fan's gonna find these days. Shhhh.) To quote The Quiet Beatle, who appreciated silence and the room for reflection, It's All Too Much.

What nicer way to combat the onslaught then with a game of RPM Turntable Baseball, a 2015 Record Store Day release that a couple thoughtful friends in Rhode Island sent me for Christmas last year. Microfiche Records released the seven-inch, 33 1/3 rpm record, a follow-up to their similar turntable football game. "The envelope has been pushed a little further as this record has a whopping 13 grooves spread over one 7''," their site proclaims:


The A side is the title game, players take turns getting runs, outs, home runs, and more as they play a full 9 inning game on their turntable. There's even a separate band of grooves should you feel like you'd like to try to steal a base.... Both of these games again use Decagonaphonic Multi-groove Technology. Jay Grainer and Barry Dingle return to provide color commentary on all the action and offer clear instructions when to advance your players to the next base, or add an out to your score card.

"Decagonaphonic Multi-groove Technology." Doesn't that phrase wonderfully, if winkingly, conjure the analog, pre-Internet era? By playing the record from the start each time and letting chance pick the grooves for you, you can play a simulated game among more than a dozen possibilities. Dropping a needle on a record and hoping for the best? Sounds like adolescence all over again! And it's just the kind of old-school, childlike immersion in imagination that I'm in the mood for, and to that'll help tune out some of the the 1s and 0s and noise coming out of the baseball camps. Play ball! In April.

GAME NOTE: In the first inning, Team Amy led off with a home run, and knocked another two-run shot later in the frame. She stole a base, too! Team Joe was dispatched with quickly in the bottom of the inning, on two fly outs to left and a grounder to second. We "played" only four of the thirteen groove options in the first inning. Despite the announcer's cringe-worthy use of the word "points" instead of "runs"—I think the developers are football fans—this is fun stuff, and will help to divert plenty of Winter blahs in the future. 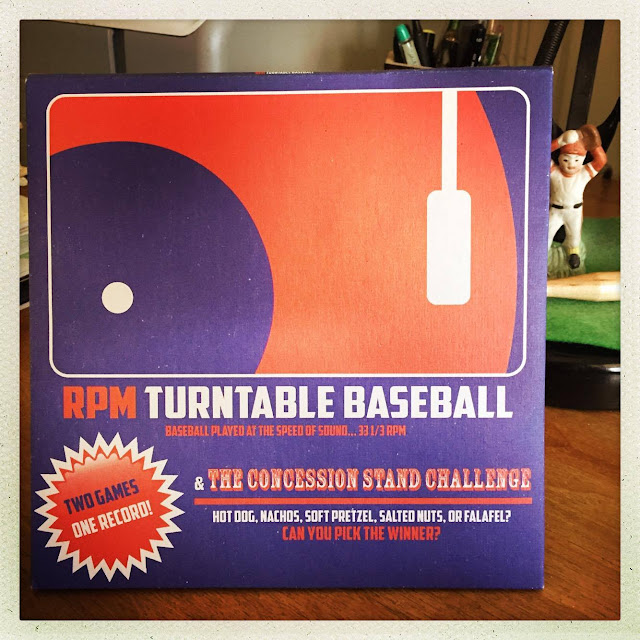