The Playoffs Are Here! 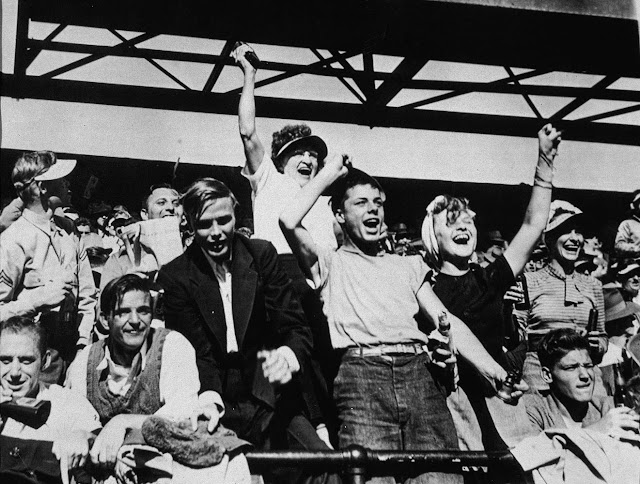 And I'm as excited as these fans at Sportsman's Park during Game Six of the World Series between the St. Louis Cardinals and the Boston Red Sox, seventy years ago this week. Here's to chilly afternoons and nights of languor and drama.

Photo via Mashable.
Posted by Joe Bonomo at 11:43 AM