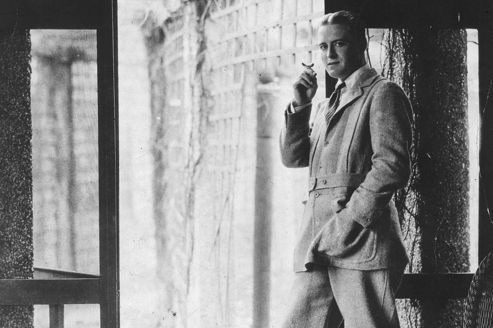 The May 25, 1929 issue of The New Yorker featured "A Short Autobiography," a casual by F. Scott Fitzgerald comprised of seventeen brief segments. Four years after The Great Gatsby, seven years before "The Crack-Up," his great Esquire essay about his nervous collapse, Fitzgerald identifies his life's key moments chronologically as seen through wine and cocktail glasses. The list essay spans "four defiant Canadian Club whiskeys at the Susquehanna in Hackensack" in 1913 to the weary admission a decade and a half later of "A feeling that all liquor has been drunk and all it can do for one has been experienced, and yet—...". In between are fondly remembered toasts with champagne, burgundy, brandy, bourbon, red and white wine, sherry, crème de cacao, and "oceans" of ale. Friends and associates drift in the background as blurred accomplices and walk-ons to important occasions. The essay ends with another drink order.

Eleven years later, Fitzgerald would die of a heart attack, his body weakened by years of alcoholism. "A Short Autobiography" reads tragically now, of course, our take on Fitzgerald tempered by a host of things, not the least of which being a wide view of his reckless drinking and a grim understanding of the word "short" in the title. But in the late 1920s, moments from economic and not a little emotional collapse, the merry little essay must've tasted like the first of many drinks, Last Call being an unimaginable nuisance. The opening: 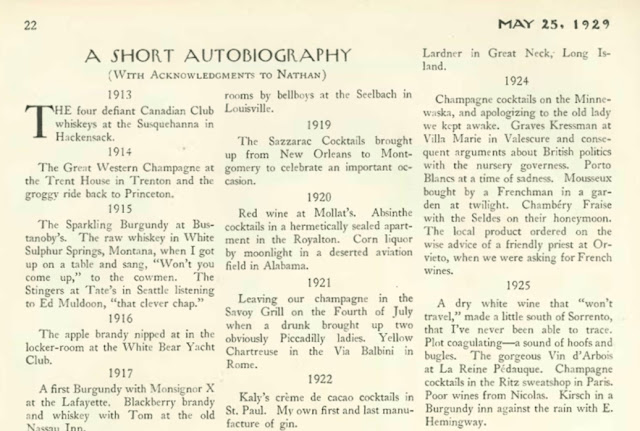 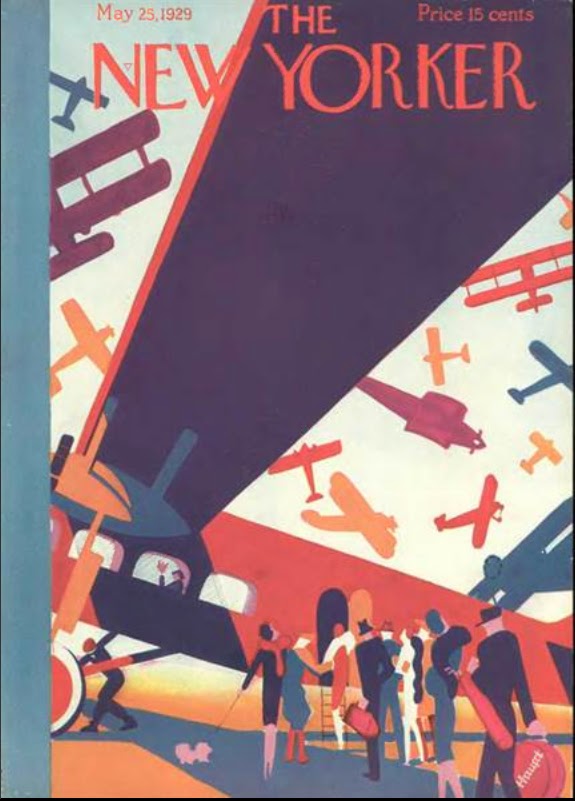 I first read "A Short Autobiography" in My Lost City: Personal Essays, 1920-1940, a terrific collection edited by James West, who assembled the book of autobiographical nonfiction that Fitzgerald had hoped to publish in the mid 1930s but was discouraged from doing so by his editor. West helpfully explains that the "Nathan" in the dedication was the drama critic Jean Nathan, and that the ingredients in Sazerac Cocktails are "absinthe, sugar, bitters, water, and whiskey." I might have to try one.


Photo of Fitzgerald in repose via Scott & Zelda Fitzgerald. Astonishingly, I couldn't a photo of him drinking.
Posted by Joe Bonomo at 2:04 PM