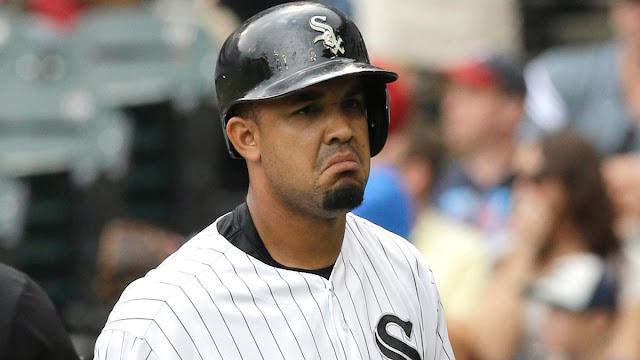 Perhaps the most dispiriting statistic of this dispiriting 2016 Chicago White Sox club is this: the team leads the major leagues in one-run games at 44. Their record in those games is 20-24. In two-run games, they're 13 and 12. Leading the league in close games suggests robust starting pitching but also a sputtering offense that fails more often than not to blow games wide open. Add to this a frustrating bullpen. But this is why I love baseball, even when—especially because—my team is suffering at such a narrow margin. If baseball is indeed a game of inches, then think, a few bloop hits here, and few lucky breaks there, three or four more hard liners skipping off of the opposing team's shortstop's glove with runners on third, and the White Sox record in one-run games might've been vastly better. Luck isn't everything in baseball, but it's plenty. Ever since their World Championship in 2005, the White Sox have for the most part been on the outside looking in. 44 one-run games? They're awfully close, and yet very far away. White Sox third baseman Todd Frazier summed up the predicament: "We [start the season] 23-10 and I'm not worried about a thing, and the next thing you know we're in this predicament. It's every little play." Baseball is made up of lots of little plays, mostly of the middling kind. Coming within two runs of winning in so many games and consistently coming up short, the White Sox—and, let's face it, plenty of other baffled and sore teams in this great game—are wishing for a few more of those little plays to go their way. But it's nearly September, and the White Sox and its familiar frustrations seem cast in stone. They'll keep swinging, running, catching, and throwing until the end of the year, but the field's dimensions will bafflingly remain the same: just a little longer and narrower than for the teams above them in the standings, those lucky teams. That old story.
Posted by Joe Bonomo at 5:10 PM