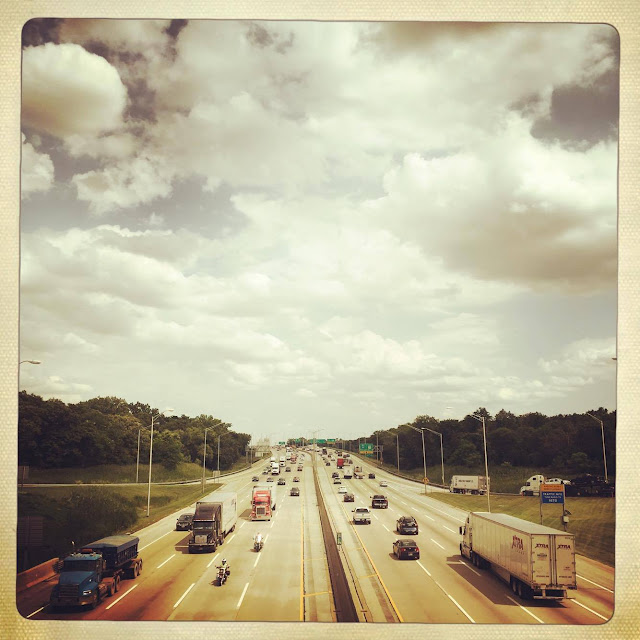 I've made several long drives in the past few months throughout the eastern U.S. (Mississippi, New York, Maryland, West Virginia...). Looking east, I snapped this photo at the Chicago Southland Lincoln Oasis on the Tri-State Tollway (I-94/I-294/I-80) in South Holland, Illinois. My mood mingling with the image inevitably put me in mind of the songs of Dave Dudley, in particular the great title track from his 1969 album., One More Mile:


And that song in turn brought me back to this evocative image, an unfortunately scratched-up detail from the front cover of Dudley's Oh Lonesome Me, a 1968 Wing Records reissue of Dudley's Lonelyville (how could you improve on that title?!), originally released on Mercury in 1966. As is often the case with reissues, salient discographical details get sacrificed; in this case, the name of the photographer is absent on the Wing reissue. After some sleuthing I discovered that it was Fred Schnell, a Chicago-based freelance photographer most famous for his award-winning photos taken at the 1968 Democratic Convention, and for his 1971 book of rodeo photographs. According to discogs, Schnell's photos were featured on other Mercury releases, and on albums from Philips, Columbia, Limelight, Smash, and others. Schnell committed suicide in 1982.

This image captures the off-the-road solitude in the beholden-to-the-highway, drive-till-dawn, truck drivin' persona that Dudley made a career with. Gotta keep doggin' it one more mile, then hit a motel, maybe write a song about it.... 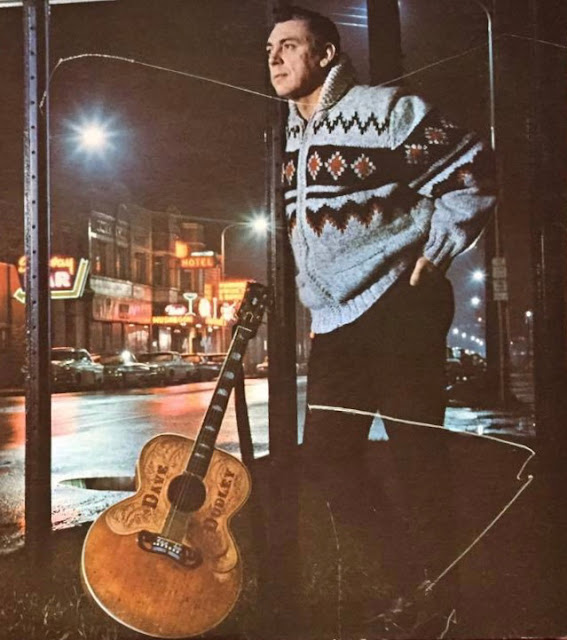