Six months ago I wrote about novelist Andre Dubus's life-long attachment to baseball and the memory of a passage he'd come across as a kid in Joe DiMaggio's 1948 book, Baseball For Everyone. I recently chanced upon Joey D's book at Founders Library at Northern Illinois University. It's a fairly straightforward instructional read common to the era, with chapters devoted to hitting, fielding, pitching, base-running, signs, coaching, and the differences between the Minor and the Major Leagues. My favorite chapter is the one on the Slump, that bedeviling, leveling agony suffered by all players at some point. DiMaggio writes about some legendary and not-so-legendary downsides among players he knew or had heard about, and includes some remedies and a nice detail about the way his wife inadvertently cured one of his own slumps (he hadn't been standing and swinging as before; he learned this when she innocently remarked that she wasn't seeing the number 5 on his jersey after he swung through).

A terrific illustration by Lenny Hollreiser, a prominent sports cartoonist in the the mid-Twentieth century, accompanies the chapter. Goofy and winsome, Hollreiser's drawing is both funny and kind of scary. Blinder-affixing, bat-sawing, feet-lassoing gremlins: it's a head game, after all. I wonder how many impressionable twelve-year old kids, after a day scuffling at the plate in Little League and having put down DiMaggio's book, were visited by this image late at night. 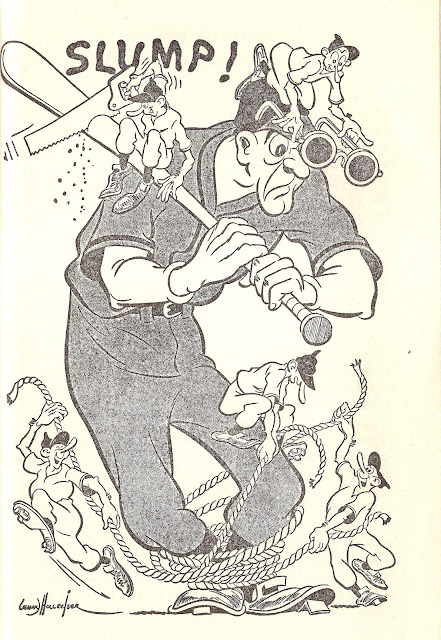 The best passage is a small paragraph that all-too-accurately describes the fraught journey taken by a slugger in the blues: 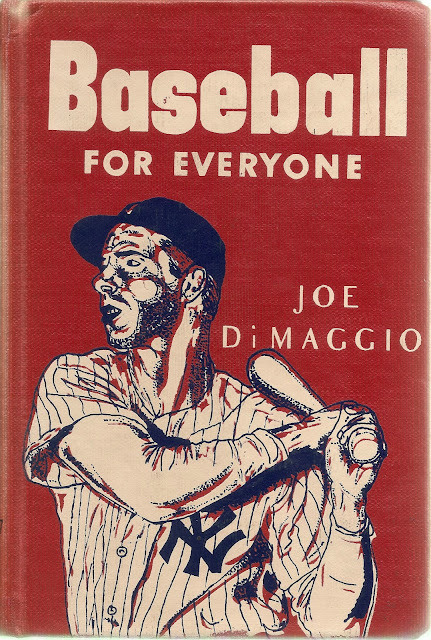