I love this photo from Old Comiskey Park: Essays and Memories of the Historic Home of the Chicago White Sox, 1910-1991, published in 2014 by McFarland in their Historic Ballparks Series. Oak Park, Illinois resident Lynda Prischman recalls that her father, Leo Janush, owned a bar called the Three Grand Tavern (great name!) at 3000 South Canal, about a block north of Comiskey Park, in Bridgeport. "To be born in Bridgeport is to bleed Black and White for the White Sox," Prischman says.


Parts of Old Comiskey live in my basement. We have a stadium seat and the metal barred ticket window still in its housing. It has at least a hundred layers of white lead paint on it. A friend of my son bargained that off the back of a truck for him.

This Sox and baseball connection spans three generations as my grandfather owned the Three Grand before my father. His stories included baseball players (Sox and others) who came by the tavern after hours to drink, eat my Lithuanian grandmother’s cooking, and play cards around an oak poker table that is now the dining room table in my brother’s home. Famously, one of those players was Babe Ruth. 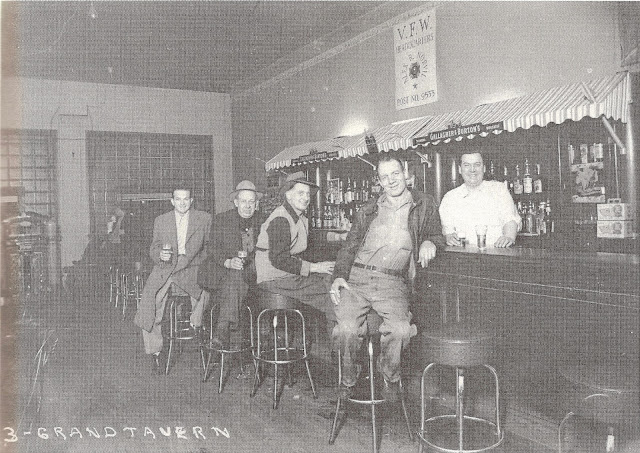 It seems highly unlikely that the any of the men in this photo are ballplayers; scholars more knowledgeable than I can determine that. (Perhaps they're ex-ballplayers.) I only know that to gaze at this image of a local VFW Headquarters is to reaffirm all of the dearly-held, likely naive, and certainly romanticized ideas I have about a different era of baseball, when players might visit a local divey watering hole after a game, become regulars, maybe, the divide between players and fans not nearly as gaping as it has become in this century.

Disappointingly, I can't find a single photograph online of the Three Grand. Unsurprisingly, Google Street View reveals that the bar is long gone. As is the Babe. 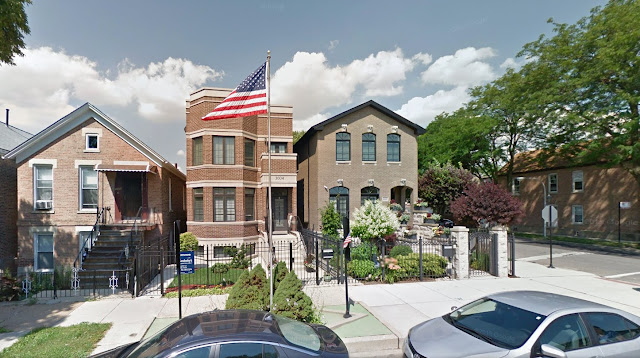 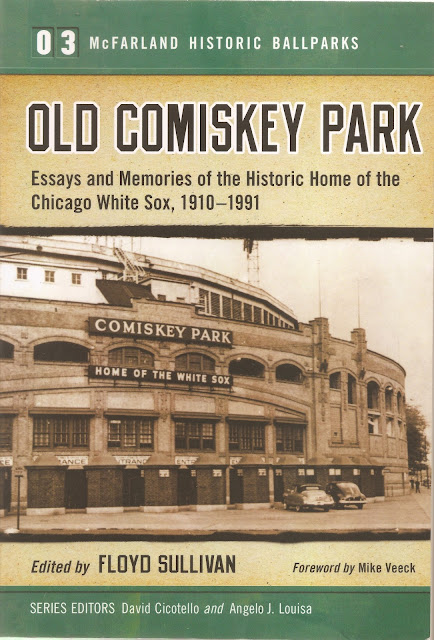