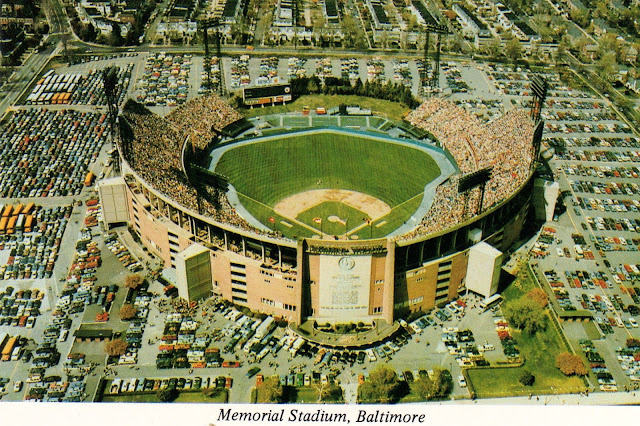 Among my earliest baseball memories is walking with my family up the creaky ramp at old Memorial Stadium in Baltimore and catching my first glimpse of outfield green. That park, and others from that generation such as Milwaukee County Stadium, which I visited the year before the behemoth Miller Park opened in 2001, would feel positively bush-league to young fans of baseball accustomed to the new parks in Cincinnati, Washington D.C., Minneapolis, Philadelphia, New York, etc.. These older, long gone, parks were cramped, rickety, and lacking in amenities, wide concourses, and varied food and drink concessions. Most of all, they were quiet. Not funereally so. They simply weren’t burdened with ear-splitting, eye-fatiguing distractions.

Baseball strings together routine, often dull, moments. There are big-splash plays, obviously, and nail-biting moments, but these are often subsumed by the 1-2-3 innings, the (way too) many pitching changes, the rain delays. Baseball’s best appreciated by fanly concentration on defensive strategies or on an extended plate appearance, but that leisurely attention is tested by the many minor moments on the field that feel unimportant, and, to many, are uninteresting. I get this. I wander off myself at times. But attention is rewarded, as when a batter who’s trying to move along a runner does so, or when a pitcher induces a ground ball after a lengthy duel with a slugger on a hot streak. And this level of attentiveness is difficult to sustain at ballparks now. A baseball game is very loud, its noise levels measured not only in decibels but stimulants across the spectrum, from walk-up music and LED ribbon boards to blaring team promotions and mic-in-the-stands features with spectators projected on enormous screens. MAKE SOME NOISE!! I’m commanded.

As often as I can I attend games at Northern Illinois University in DeKalb, where I teach. Because “spring” is loosely defined in the Midwest, it’s often too cold to sit for too long until well after the semester has ended (the team begins each season on the long road with a string of games, usually brutal losses, against mega-watt schools in Texas and Florida, just to see some action). Though there’s a handful of MAC (Mid-American Conference) players who’ve made it to MLB for even a cup of coffee—and a few big names, most notably Hall of Famer Mike Schmidt (Ohio), and Steve Stone, Thurman Munson (both Kent State), and Orel Hershiser (Bowling Green), among them—the few games I attend are terrific less for the level of play than for the ease of the surroundings: hungover buddies and girlfriends of players, and parents and siblings of visiting players, sit and cheer politely, always friendly, always attentive to the game. Best of all I’m free to roam the bleachers, though I usually park myself directly behind home plate so that I can gauge the snap of a curve or the heat of a fastball. The only sounds between pitches are the noises natively generated by a dozen or so guys on a field playing a game in the sun. In the Majors, it’s hard to find such modest volume. Wrigley Field is one such place. At a game a few years back I was so startled and then pleased by the murmuring ambience that I recorded a minute or so on my phone, so that I could listen to it later when I needed the balm. Happily, on a visit to the Friendly Confines last summer with a couple of like-spirited friends I discovered that the new video board upgrades and other additions didn’t equal an obnoxious spike in noise levels. Head out while you can. 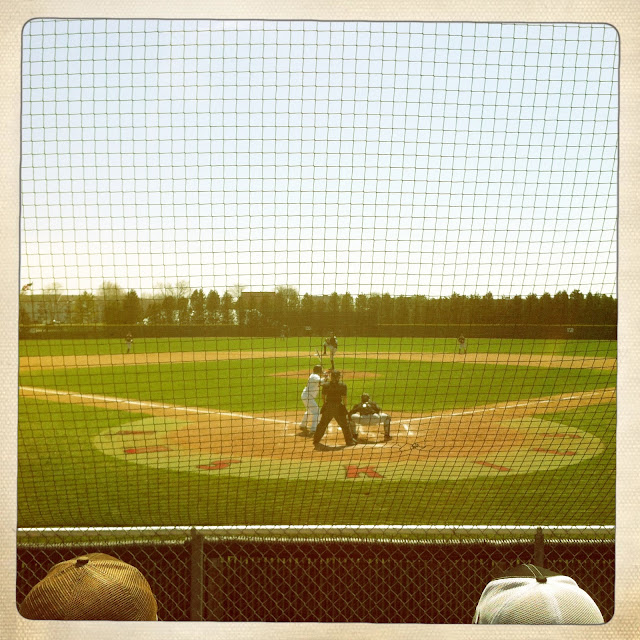 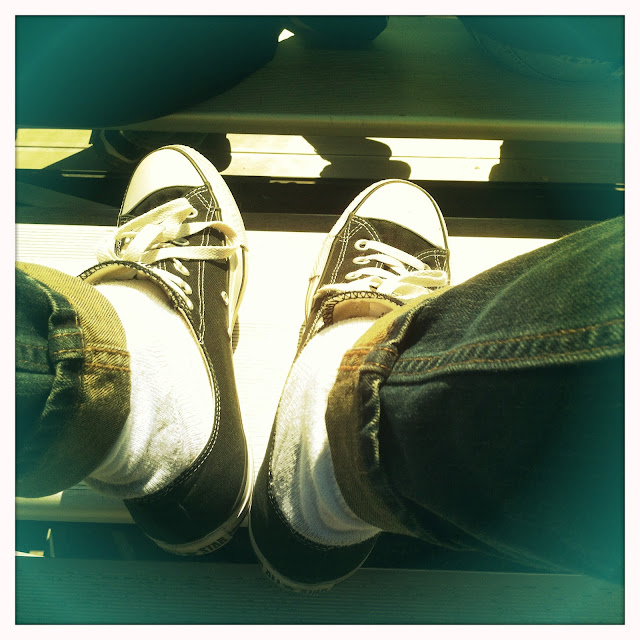 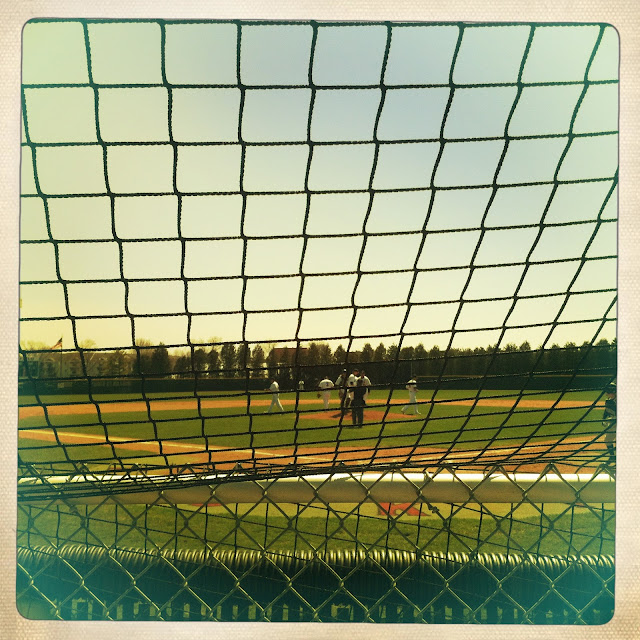 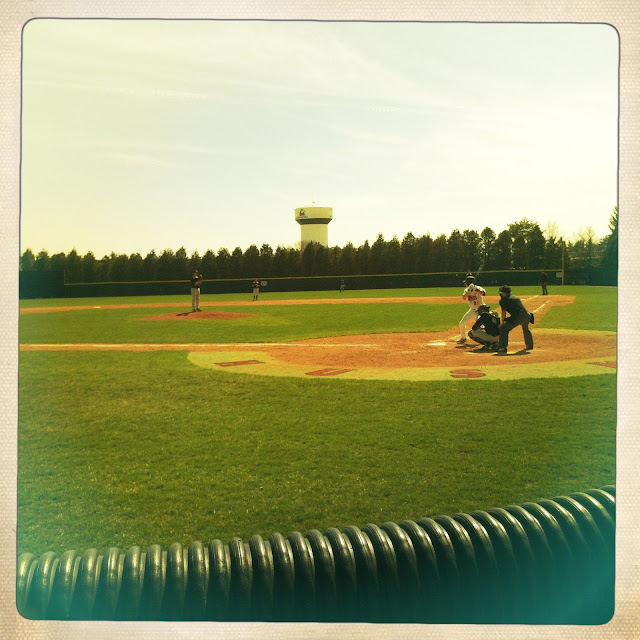 I don’t know that baseball needs spectacle. Perhaps it’s an inevitable consequence of the once wildly-popular game having lived on in the age of distraction and Football America. Still, attendance is robust, despite steep ticket, food, and parking prices, and vast access to the games on television and the Internet. Yet something feels at stake: I’m not sure that we like to be bored anymore, or at least admit to the value of boredom. The lag time in a baseball game, once filled with the voices of others around us, from players on the field to vendors to a radio or portable TV behind us to the argument the next section over, has been over-produced, has been, in fact, ruled out. I wonder why we can’t sit in relative silence and enjoy a game. Aren’t phones enough to soothe the odious dullness? (I ask this, having myself stared at screens during games, though rarely out of boredom.) Does a ballpark need the equivalent of tickers running along the bottom of its screen?


Baseball never has been more incidental to people at stadiums than it is now, the actual game made smaller by too-loud music, inescapable commercials, mobile technology and myriad food and retail options.

The then-94 year-old Angell—who as a kid saw Babe Ruth on the street, and who grew up at the Polo Grounds, razed in 1964—remarked to Verducci:


They line up to go eat in the middle of the game, which amazes me.

Me too. That I align myself with a fan born in 1920 gives me some pause, I’ll admit. I have to guard against sentimentality here. Nostalgia, as always, softens the sharp contours of memory: I believe that sitting in Memorial Stadium with little to distract me except a program and popcorn is a purer, greater experience than what a 12 year-old enjoys today. That’s solipsistic, and hardly an argument at all, as that kid will surely feel the same way about his coveted ballpark memories as he’s decrying the state of baseball fifty years from now. Later in Verducci’s profile, Angell characteristically rejects his own nostalgia:

Photo of Memorial Stadium via Dead Baseball.
Posted by Joe Bonomo at 10:47 AM

Wonderful post, Joe.
As a lifelong Tiger fan, I always compare Tiger Stadium to Comerica Park and there is no doubt that "The Corner" was a much better place to see a game (though there is perhaps a small possibility that I make that judgment through the lens of nostalgia). As a child and young adult, I was completely in awe of the place. I didn't need wide concourses, Ferris Wheels, statues, a full menu at the concession stands, etc. (Of course, if that stuff existed back then, I'm sure I'd have been fine with it).

Beyond that, Tiger Stadium was better than CoPa because every seat was close to the action and there was the all important SHADE from the hot summer sun. (There is almost no shade at CoPa and it can get quite uncomfortable there on warm days).

We are luck in the Lansing (MI) area in that we have minor league baseball with the Lansing Lugnuts (despite its awful name, Cooley Law School Stadium is a great place to watch baseball and at about $8 a ticket, extremely affordable for families) and the refurbished Kobs Field at Michigan State.

Thanks, Mark. Oh I could've written a lot about minor league games; I love 'em. We have the Kane County Cougars—same league as the Lugnuts, I believe—one county over, and their games are a blast. (I caught a Columbus Clippers game in OH last summer—beautiful park.)

Regrettably, I never made it to Tiger Stadium. Visited the footprint a couple of years ago: