Early in his memoir Down and In: Life in the Underground (further sub-sub-titled, Bohemian to Hip to Beat to Rock and Punk: Mutiny in American Culture), writer and theorist Ronald Sukenick offers a clear-eyed and valuable definition, and defense, of The Underground. "Much of the attraction of the underground derives from the circumstance that it pursues the tiger of pleasure instead of yoking itself to the oxen of duty," he writes.


Before hurling the usual charge of irresponsible hedonism, it is a good idea to reflect that the sign of free people is that they are able to do things because they like Bohemians do what they feel like. Desire becomes a positive force rather than one to struggle with. For all of its negations of the status quo, the underground is finally based on affirmation. A few years ago a mass-media journal not only accused Jack Kerouac of being an anti-Semite, which he was, but also charged Allen Ginsberg with being one, which he isn’t. I called Ginsberg and urged him to write a denial, but he said that negation leads only to further negation. Several months later I happened to be sitting in a Polish restaurant in the East Village on Yom Kippur eve when Ginsberg, a dedicated Buddhist, came in wearing a dark suit, tie, and yarmulke, urgently wanting to know where he could ﬁnd a temple. The meaning I take from this coincidental parable is that the positive force of desire is more compelling than the negativity of denial.

Sukenick's book is wroth tracking down for its wealth of anecdotes and details of mid- to late-mid-century Manhattan Bohemia, from White Horse Tavern to Max's Kansas City, Burroughs to Warhol—with many figures and places in between. The book's also cool for the map of the West and East Villages printed on its flyleaves. Perry Street to Avenue C, Sukenick's got you covered—but hit the streets armed with your imagination as well as the map, as Down and In was published in 1987, a lifetime of gentrification ago, and many of these sites, of course, are long gone. 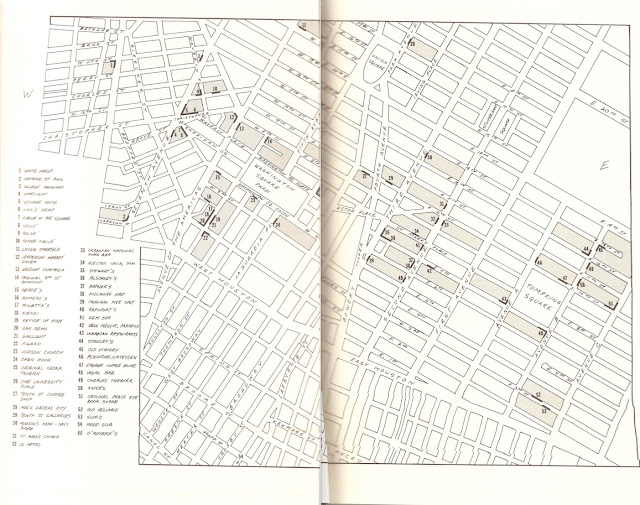 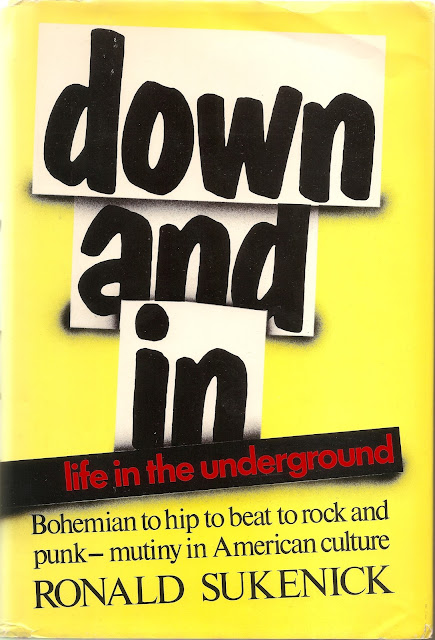