In advance of the Fleshtones' 40th anniversary this year, I'll be combing through the Sweat: The Story of The Fleshtones, America's Garage Band archives for some little-seen nuggets. By 1983 the folks at I.R.S. Records were hopeful that the Fleshtones would break into commercial radio and start selling records. History would prove otherwise, of course, but in the mid-1980s some major corporations were willing to bet on Super Rock. Following the release of Hexbreaker! the band signed a sponsorship deal with Miller Beer in the national Miller Rock Network, a promotional boon that gave the band coast-to-coast exposure and tons of free equipment and gear—and their own Shout! Poster & Magazine, cover illustration courtesy of Scribblin' Bill Milhizer. The copy reads, a tad optimistically, "The world will be hearing more about The Fleshtones very soon, and who knows what these wild guys will be up to next." Read Sweat to find out. 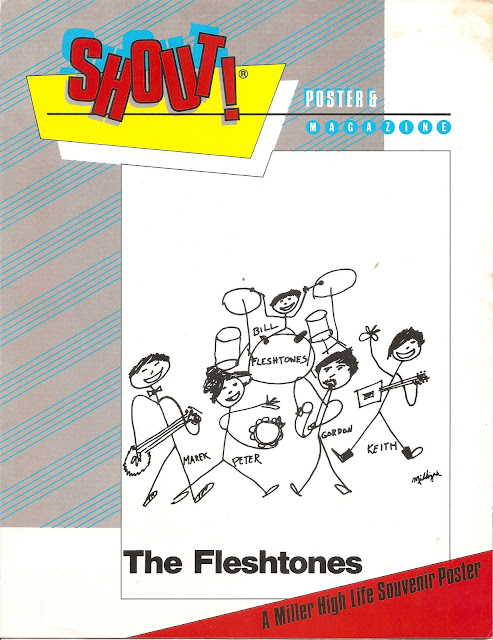 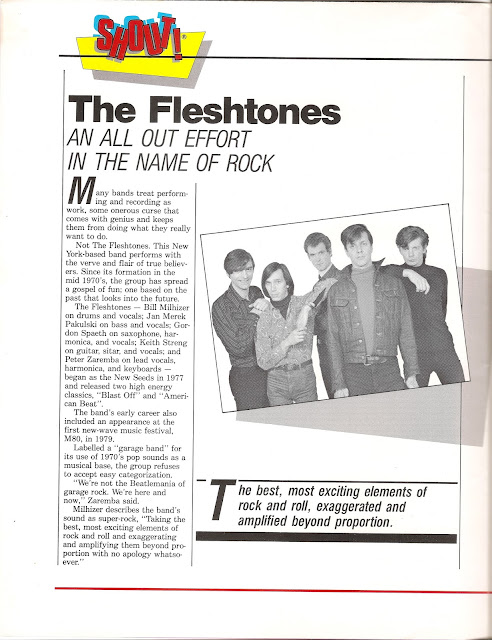 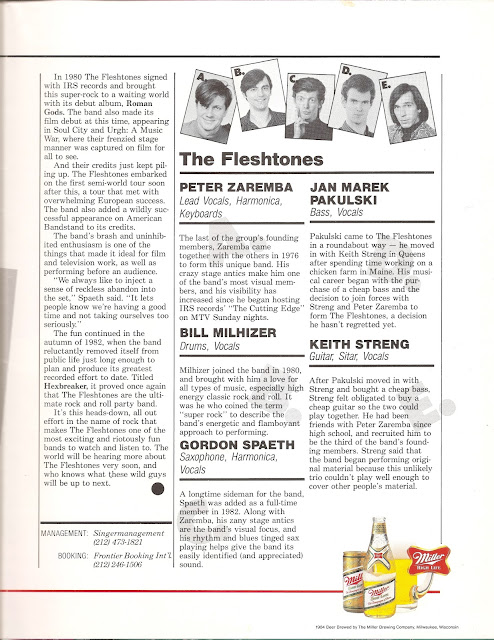 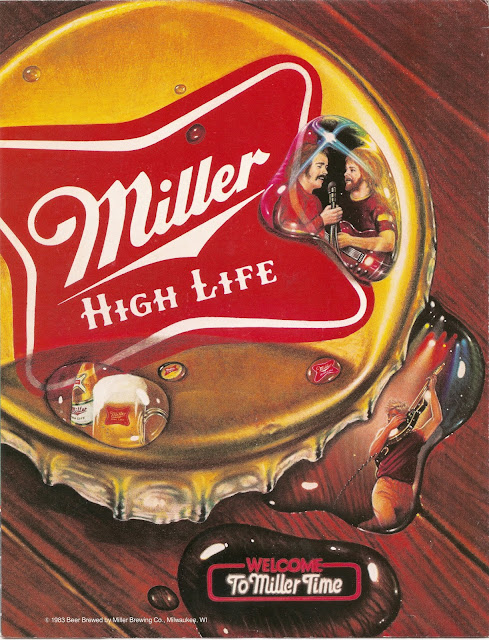 Best of all, the Shout! promo magazine opened up to become a full-size poster, perfect for your bedroom next to your Michael Jackson and Men At Work posters! 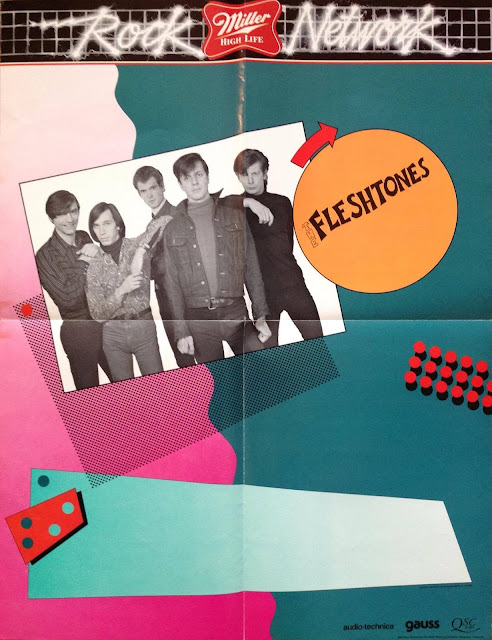 Meanwhile in France, where the band was always more popular than the U.S.: 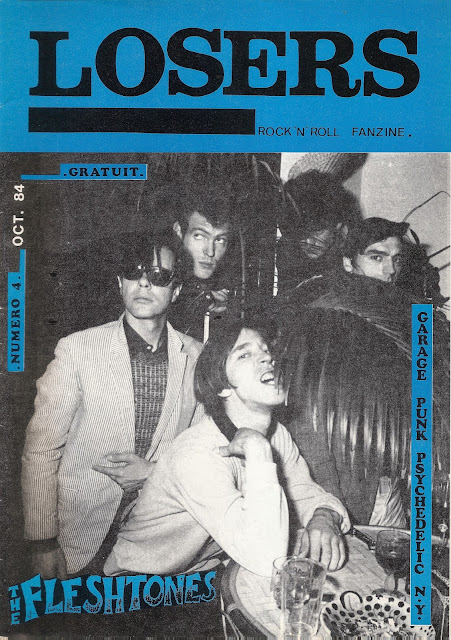 As French rock and roll promoter Alain Lahana explained to me, “The Fleshtones had all the talent, and were fantastic live, but were only appreciated by an elite in France. They could never reach the level they should have reached there, but they always stayed proud and convinced. We like Beautiful Losers.” The Fleshtones, Lahana adds, “were amongst the best in that category!” Merci! 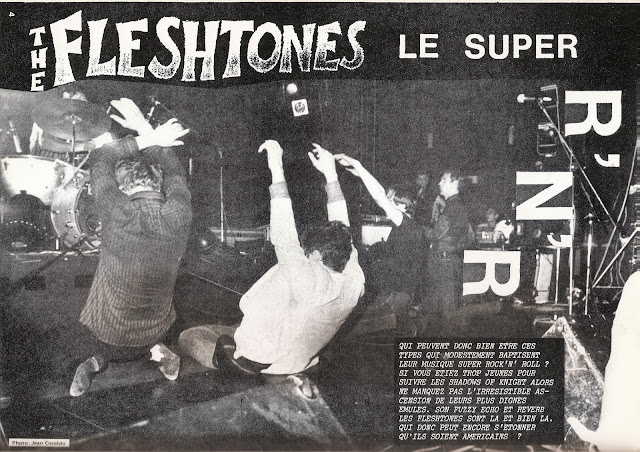 I knew some guys whose band got on the Miller college circuit and said it was a godsend, the company really got behind them with $$.

Oh I'm sure they were grateful!