Bobby Gregory was a country music performer and bandleader in the 1920s through the '40s; he led an outfit called His Cactus Cowboys, and wrote or co-wrote and recorded hundreds of songs over many labels. Beginning in the 1950s he landed a gig for Country Song Roundup magazine writing a regular question-and-answer column in which he patiently waded through topics ranging from how to manage copyrights and contact fan clubs to the precise tuning of Hawaiian pedal steel guitars and the necessity of one's tonsils for yodeling. The popular feature, with Gregory's taut but knowledgeable face on top, ran for 63 issues.

In December 1957, one Harry Taylor, of tiny Princeton, West Virginia, posed an interesting question to Gregory, whose careful and honest answer suggests just how thorny and labyrinthine-like the nomenclature got in mid-century popular music, the virtual calisthenics needed for crossover success, and the racism under the surface of radio programming—but also the strange excitement of this "new," genre-leaping, undefinable sound. Where the heck do I file "Rock 'n' Roll?" 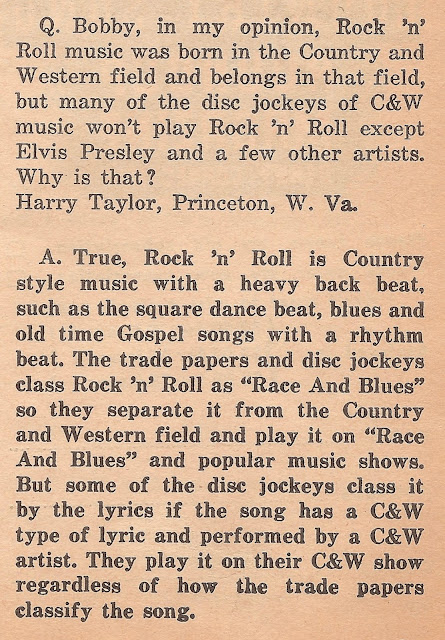 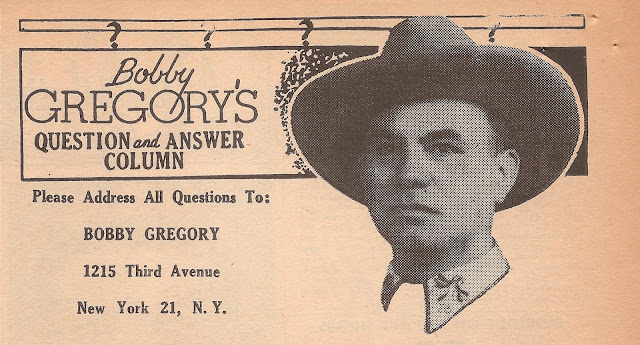