A Southern Past in Gothic Grays

In his absorbing, vivid memoir masterpiece A Childhood: The Biography of a Place, Harry Crews describes a world teeming with weirdness. Crews was raised in southern Georgia, Bacon County, not far from the Florida panhandle, in a violent family poised between despair and the dimmest of hopes. Born in the middle of the Depression, his earliest memories involved struggle and loss. Echoing his Southern Gothic and Grit Lit ancestors, Crews, rendering place from a child’s point-of-view, describes endless hours looking up: at strange, unfathomable adults, at the impossibly hot sun, at diminishing expectations. All around him is oddness that he takes for granted, accepts as normal because it’s all he’s ever known. A daddy vanishes for days on end, staggering home putrid with whiskey, eyes red and wild, armed with a shotgun. A dead possum’s eyeballs are buried facing up so the revenging animal’s ghost can’t find his hunter once he’s dead and buried six feet beneath him. A man driven by desperation stabs himself in the back of a feed store and dies slowly, strangely, beautifully, all the while talking. A Childhood is an unforgettable book.

First published in 1978, A Childhood was reissued in 1995 by the University of Georgia Press in an edition including Michael McCurdy's wood-engraved drawings—haunting evocations of a Southern past in Gothic grays. Paradoxically, McMurdy has lived his entire life in the northeast United States; he was born in New York City in 1942, grew up in New Rochelle and Marblehead, Massachusetts, and now lives in Springfield, Massachusetts. His geographic distance from the lurid Deep South of Crews's childhood and adolescence is breached via the imagination sparked by surreality, violence, rural landscape: place filtered through dream.

Here are details of a few of my favorite drawings from a favorite book, imagery now so deep inside me and likely to stay there that I wonder, as McCurdy likely did, startled, if it was always there. 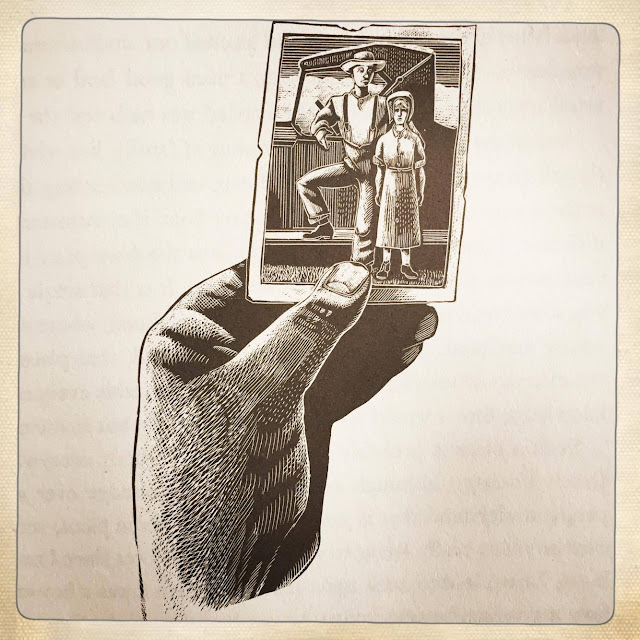 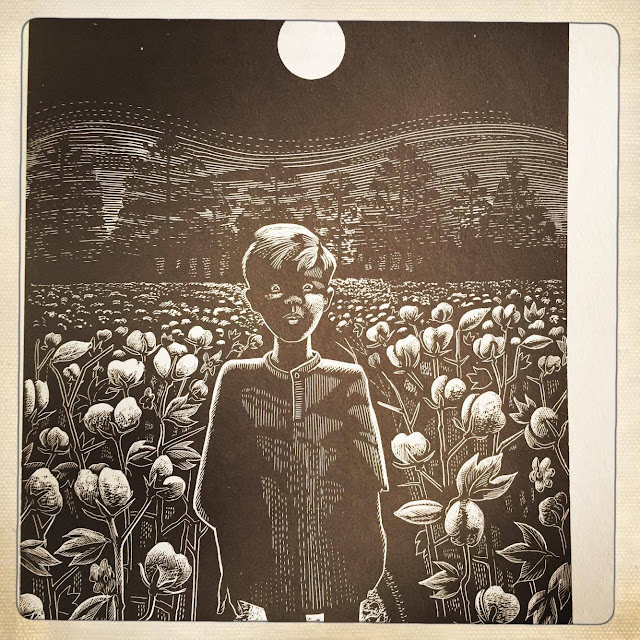 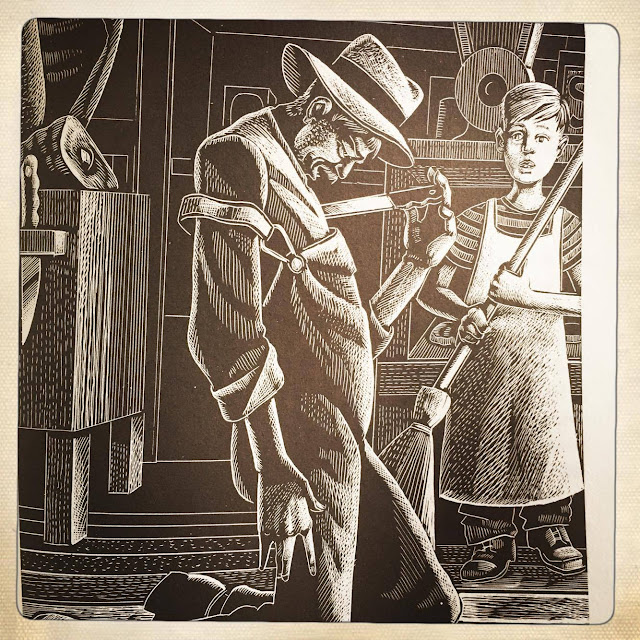 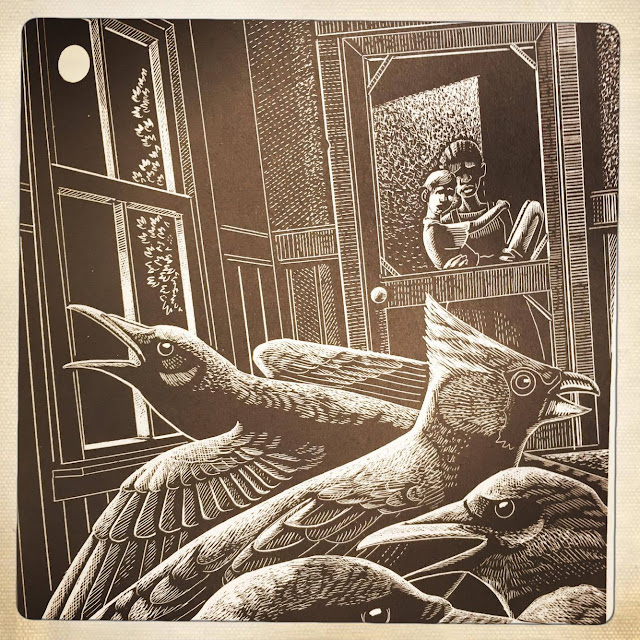 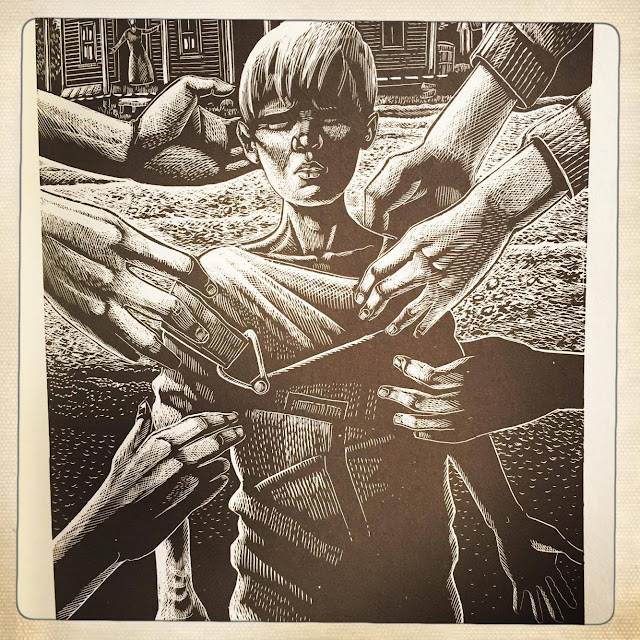 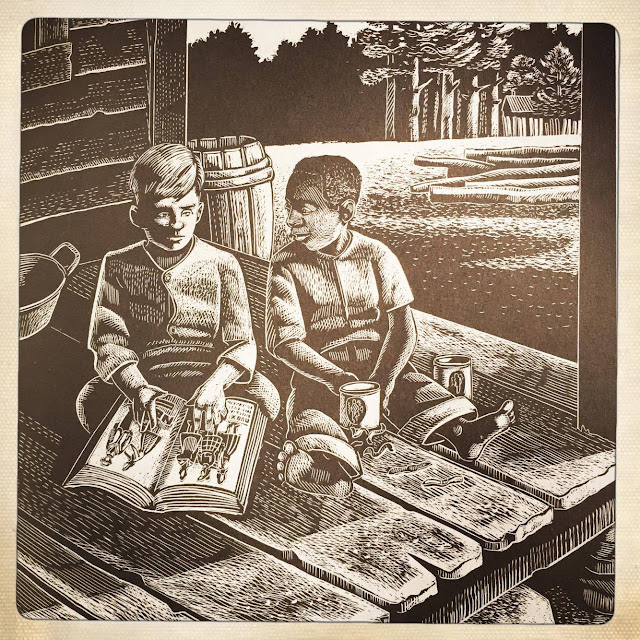 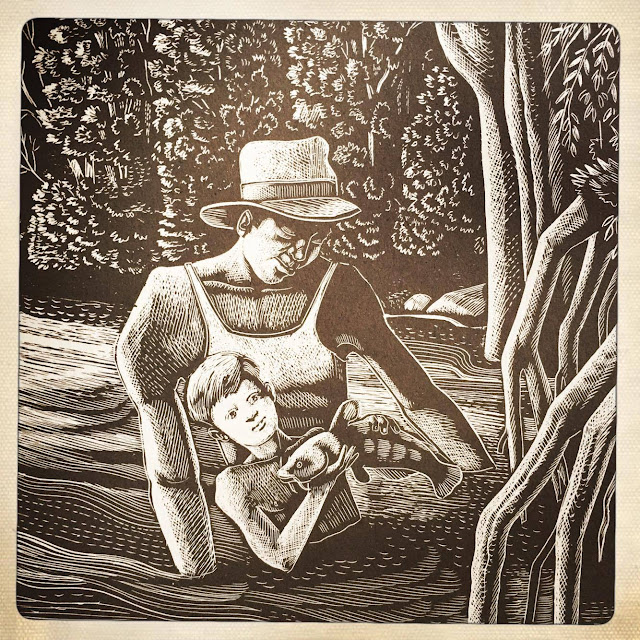 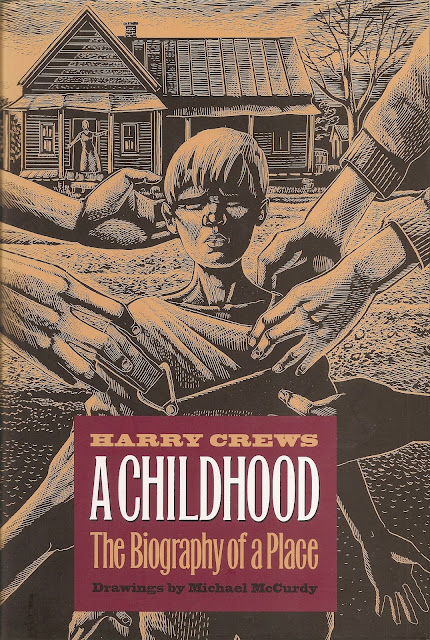 Email ThisBlogThis!Share to TwitterShare to FacebookShare to Pinterest
Labels: a childhood the biography of a place, art, Autobiography, book, books, drawings, harry crews, Memoir, michael mccurdy, the past, university of georgia press