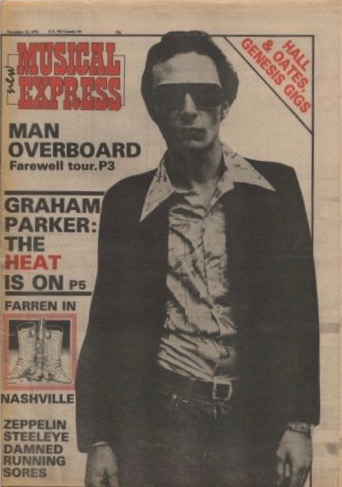 I recently came across this passage in Mick Farren's evocative "Live from Nashville: A Limey at Large in Music City USA," which originally ran in New Musical Express on November 13, 1976 (above) and was later collected in Barney Hoskyn's great The Sound and the Fury: 40 Years of Classic Rock Journalism:


Once upon a time, Printers Alley was Nashville‘s red light district, overﬂowing with razor fights, shootings, drunken cowboys, crazy fiddle players and golden-hearted whores. Today it's been relatively tamed. (Why have red light districts always been tamed by the time I get to them? The last one was apparently Bangkok, and now even that’s going down to the communists.)
Today all Printers Alley has to offer is topless bars, strip joints, and country night-spots where hopefuls in the Tammy/Dolly/Johnny school are trying to make a name. It’s the kind of place where you get the feeling that if a girl don’t make it fronting a band she’ll probably slide down to stripping or cut-price, executive-special, happy-hour relief massage.
That is, it's safe but sleazy—like the punters want.

I was, of course, intrigued. Digging around, I discovered this terrific photo series on Printers Alley that ran online at The Tennessean a while back. Allure and sleaze, low-rent neon glamour and desperation, strippers, the joys that happy hour promises and snatches away, George Jones and Johnny Paycheck—it's all here. Great stuff. Check the link above for photo credits, and more images of legendary Printers Alley. 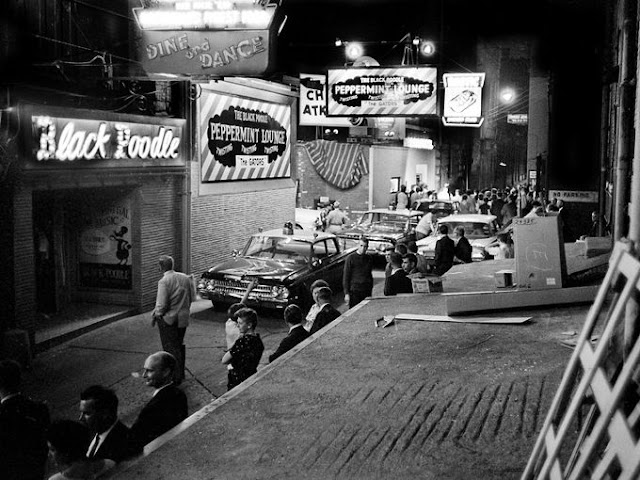 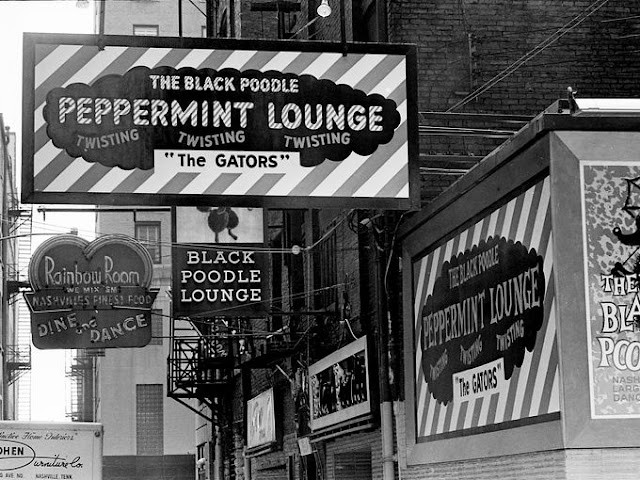 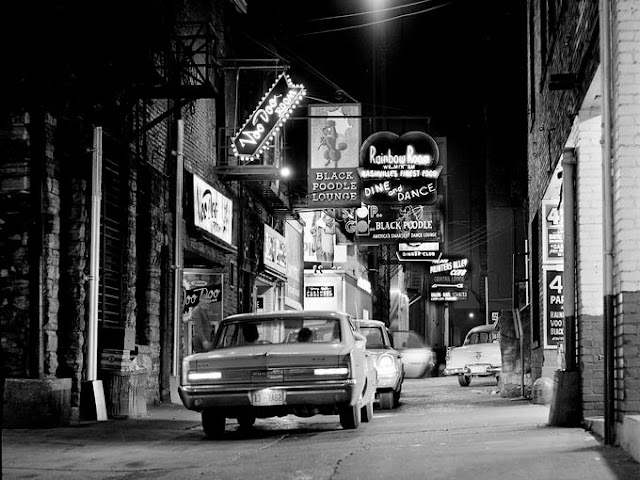 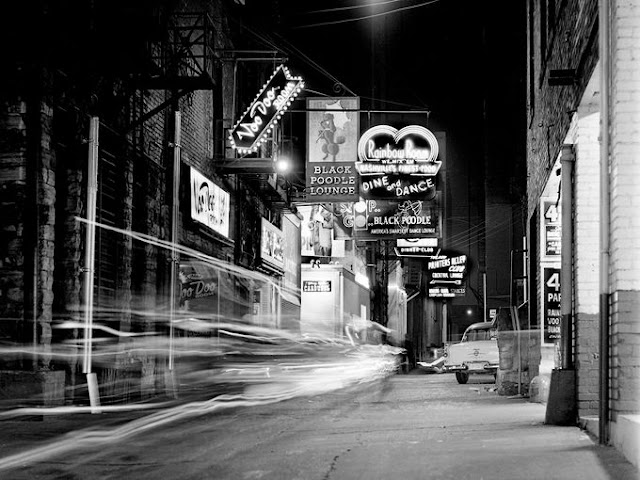 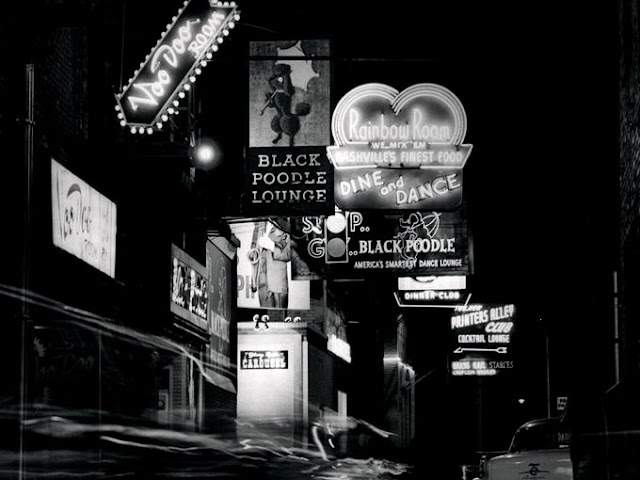 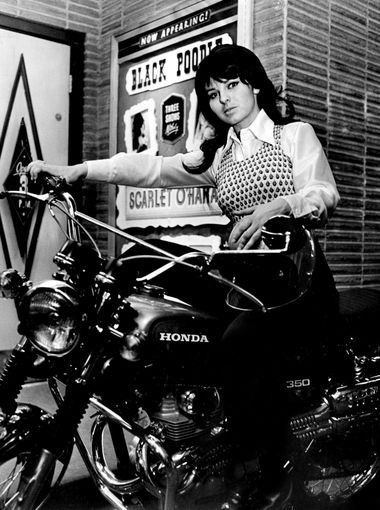 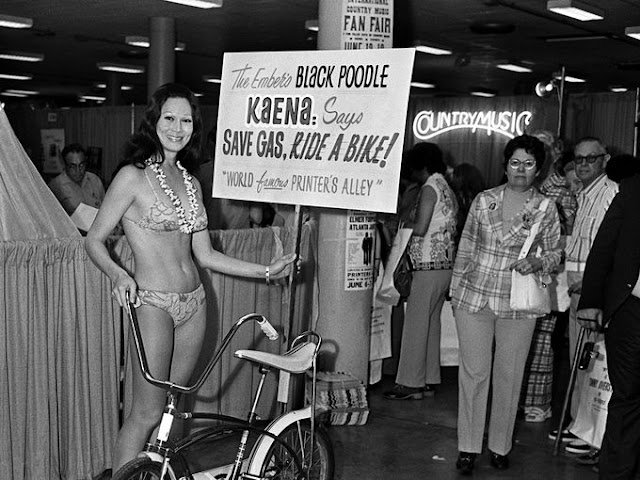 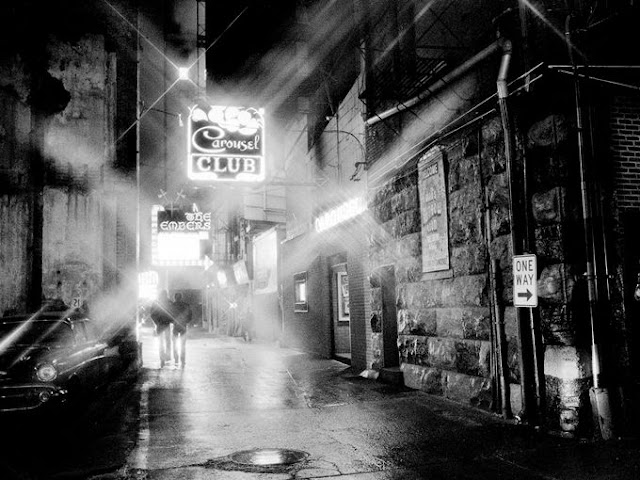 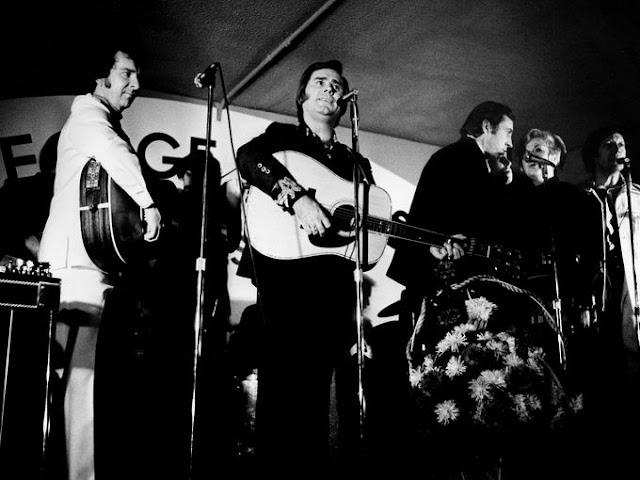 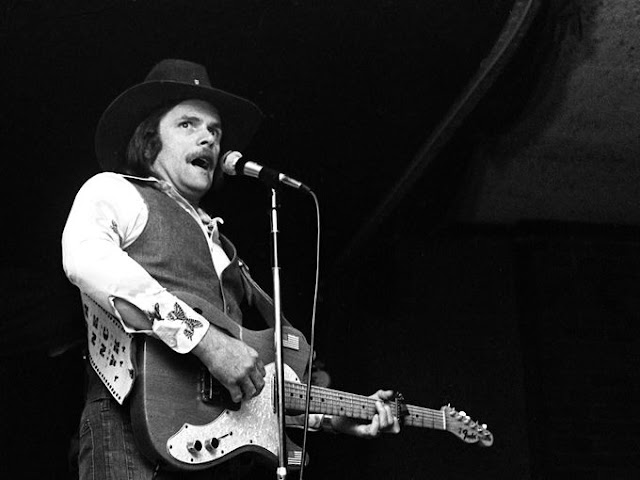 New Musical Express image via ebay. All other photos via The Tennessean.
Posted by Joe Bonomo at 1:46 PM

the Everly's gave it a shout-out on "Nashville Blues" on their W.B. best-of.