Critic, poet, and translator Rolfe Humphries was born in Philadelphia in 1894, mentored a young Theodore Roethke, wrote six books of poems and published four books of translations and numerous poems, articles and reviews in his lifetime, won awards including Guggenheim and Academy of American Poets fellowships, was a first lieutenant machine gunner in the last year of the first War, taught high-school Latin in San Francisco and New York for three decades and then at Amherst College, and died in Redwood City, California, in 1969. According to a biography at the Poetry Foundation, in his poems Humphries "explored loss and the natural world."

He was apparently a baseball fan, too. One of his poems was devoted to a New York Giants and Brooklyn Dodgers game at the Polo Grounds, and ran in the August 22, 1942 issue of The New Yorker. In dramatizing an utterly ordinary mid-summer inning of baseball, Humphries (manfully resisting sentimentality but sometimes succumbing, it must be said) names many players on the '42 New York Giants team (Jurges, Witek, Mize, et al), and many ball players who by mid-century were long gone. He considers a well-executed infield play, and the several moments it takes, and then the game's languor, and an afternoon, and time, and this:


The shadow moves
From the plate to the box, from the box to second base,
From second to the outfield, to the bleachers

Time is of the essence. The crowd and the players
Are the same age always, but the man in the crowd
Is older every season. Come on, play ball!

Loss and the natural world, indeed. 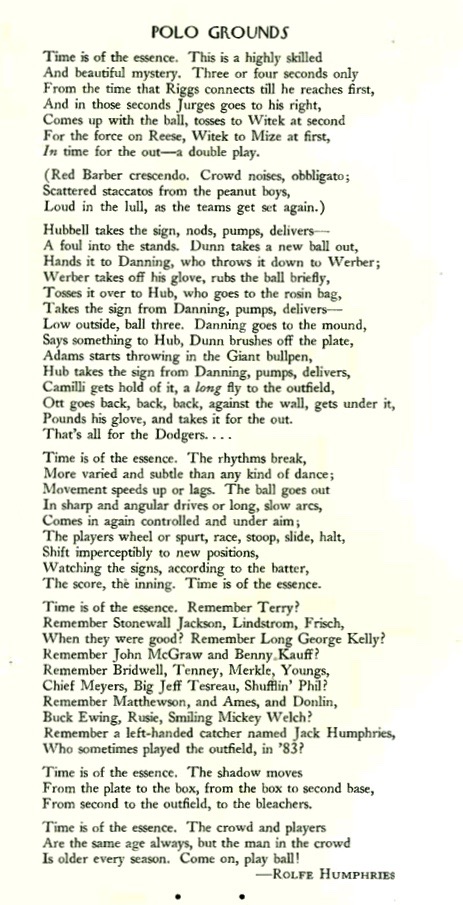 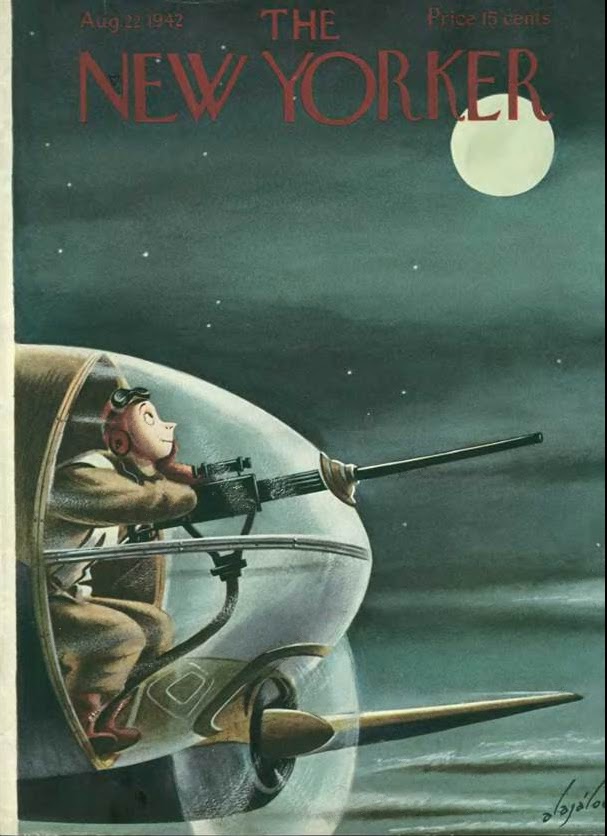 Harold (Peewee) Reese, was a Dodger shortstop, not a Giants player.