Only So Many Chords: The River Keeps Rolling 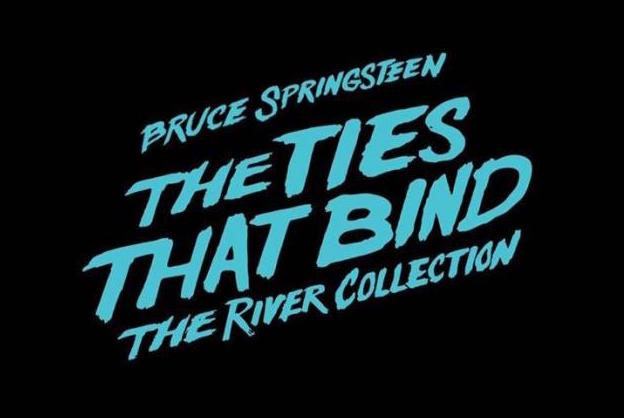 Bruce Springsteen's exhaustive 1979-1980 sessions for The River resulted first in The Ties That Bind, a ten-song album that Springtseen offered Columbia Records in 1979 and then pulled, The River, the well-known, five-times Platinum double-album released in 1980, and now The Ties The Bind: The River Collection, a multi-disc gathering of all of the songs he and the E Street Band arranged and recorded during the mammoth sessions at The Power Station in Manhattan. A few of the songs were issued as b-sides in the 1980s, many in 1998 on Tracks; many appear for the first time. Listen on Spotify here.

The songs that will be new to most listeners are a fascinating, amped-up blend of inspiration, drama, mediocrity, and melodrama. Even the average songs— "Living On The Edge Of The World," "I Wanna Be With You," "Night Fire," "Chain Lightning," "Restless Nights," the instrumental "Paradise By The 'C'"—are enlivened and made urgent by excitable playing, and by arrangements that top spirited harmonies with bright keyboards, propulsive percussion with inventive drum or guitar patterns. And Springsteen—who turned 30 during the sessions—sings absurdly passionately throughout, even on the more generic numbers. Which is what I love and find moving about this collection: even when he's obviously pulled out his favorite rock and roll album from the 1960s and rewritten the third song on the second side, Springsteen's song sparkles because of his youthful hunger for and love of the music that inspires him.

There are some real cool songs here: "Meet Me In The City" is a hidden classic, an anthem the subject of which Springsteen's visited many, many times but which here sparks with thrilling, Top 40 immediacy. (How and why this was left off of The River is beyond me. Springtseen has made some amends by releasing the song as a single to promote this set.) Ditto with the urgent, desperate "Dollhouse" and "Roulette," the latter a song well-known to Springsteen devotees, "Ricky Wanted A Man Of Her Own," the rollicking and exciting "Where The Bands Are," and the complex "The Man That Got Away," which sounds like Springsteen had been listening to some Graham Parker. Any bar band toiling in mediocrity in the late-1970s would've killed to have one of these buried Springsteen songs to release as their own single. Such was the potent, magic talent The Boss sweated during this hard-working, productive era.

Here's Springsteen and the E Street Band performing "Meet Me In The City" on Saturday Night Live on December 19. He's a bit hoarse, and looks a little uncomfortable finding his way into the song. Could be his age, could be that the song's underrehearsed at this point. Either way it's still his:

There are only so many chords. Bruce knows that, and in the 1970s he renewed, shuffled, and powered those chords in such dynamic, emotional, desperately romantic ways that they sounded fresh in his and his band's hands. This is some great rock and roll. "You Can Look (But You Better Not Touch") is one of my favorite Springsteen songs, and so I was especially keen to hear the radical re-working of the tune that appeared on the original The Ties That Bind album. It's a close race: the Sun Studio-reverb, stop-start arrangement kills, but finally the barreling version on The River, both anchored and sent into lusty overdrive by Gary Tallent's eighth-note bass playing, wins by a hair—the ones on the back of my neck that still stand when this killer rock and roll song comes on.

The Ties The Bind: The River Collection reminds me of something that I wish Bruce would go ahead and do already: rewrite the Nuggets album. He can bury it for another couple decades if he wants to.


Photo of Springsteen via 1stdibs.
Posted by Joe Bonomo at 7:49 PM