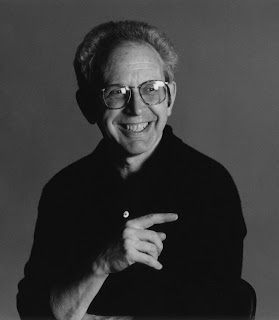 I've been re-reading a lot of Peter Guralnick lately, in advance of his new biography of Sam Phillips which I eagerly await. Guralnick has been an enormous influence on my writing—Sweat began, in part, as an exercise to see if I could write anything remotely as good as Gurlanick's profile of Sleepy LaBeef in Lost Highway—and on my attitude toward the roots, history, value, and legacy of rock and roll and writing about that tradition. He is among the greatest of living writers about blues, R&B, and rock and roll; a Gurlanick book—and I recommend all of them—is marked by stellar research, an even-handed, sometime invaluably skeptical perspective pitched between fan and historian, honest and sensitive explorations of race, a balance of the first-person "I" and the reportable world, and exquisite writing.

I was recently struck, again, by this following passage. Writing in 1971 in "A Fan's Notes," the epilogue to Feel Like Going Home: Portraits in Blues and Rock 'n Roll, Guralnick, having witnessed the unhappy spectacle of the Memphis Blues Festival, laments the state of blues music, describing concerts as "a stiff, unnatural atmosphere, and unbridgeable gulf between performer and audience, and a tendency to treat the blues as a kind of museum piece, to be pored over by scholars, to be admired perhaps but to be stifled buy the same time by the press of formal attention." It was, he adds, "a depressing realization and one that left me on the whole with the feeling that even in its own backyard blues has ceased to be a living experience." He takes a breath and continues:


Well, I no longer feel that's true. Certainly blues is the property of an older generation whose days are just as certainty numbered. Then, too, there is little questions that the sense of regional isolation which gave rock 'n' roll as well as blues much of its original impetus is fast dying out, to be replaced by a form of cultural homogeneity which denies local differences or distinctions. All across the country the radio announcers have the same bland voice, and I couldn't help thinking as I drove down to Memphis how different it must have been for Elvis or Johnny Cash or Carl Perkins, growing up listening to B.B. King and Howlin' Wolf and Sonny Boy Williamson on the radio, seeing Muddy Water and Junior Parker and Joe Hill Louis as popular artists of the day. It' almost as if they were living in another world. And yet doing this boo taught me that world still exists, and that despite the fierce assault of time upon it the music had an ongoing vitality.

Though Gurlanick's predictions were smart, his renewed and renewable love of the music has carried him very far since 1971, and for that I'm grateful.