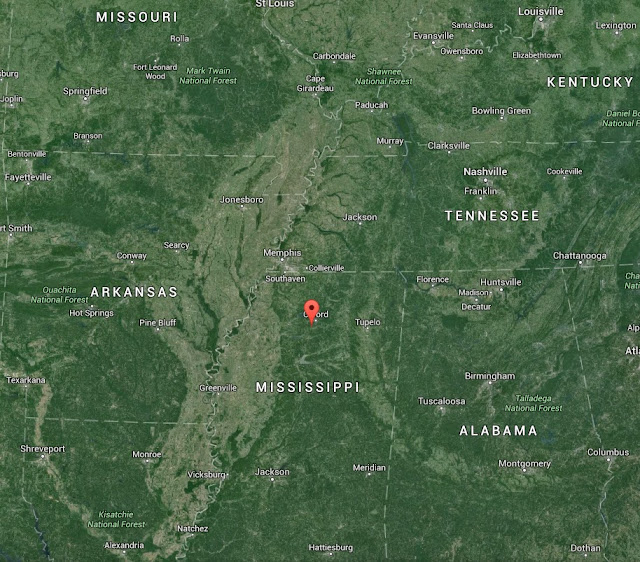 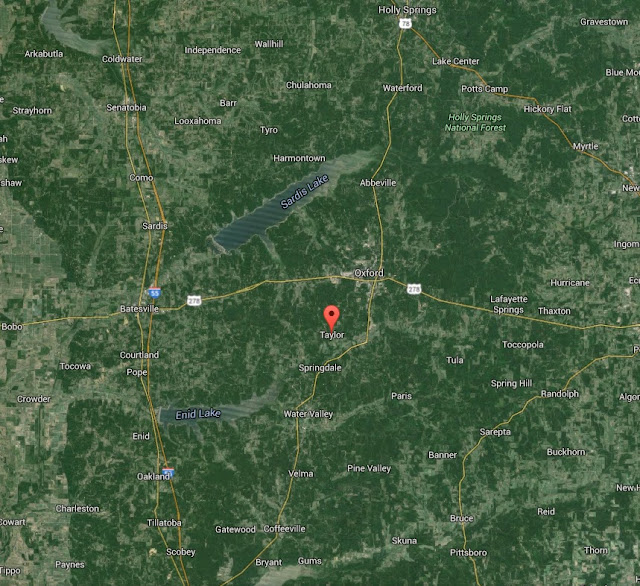 As I've noted recently, I'm in a periodic immersion into all things Larry Brown, devouring his fiction and essays, watching documentaries online, listening again to the music that inspired or otherwise surrounded him in northern Mississippi, where he lived and wrote until his death in 2004. Though I'm loathe to let Google Street View do my work for me, and continually, if often unsuccessfully, guard against romanticizing a point-of-view and economic lifestyle I don't share—the air's getting cold outside and I can't resist turning to digital maps. I haven't been down through Mississippi in many years, and this ragged intersection of First and Main Streets in tiny Taylor (population 320) evokes precisely the hardscrabble landscape that Brown's characters drive past or stop at, walk around and struggle within.


For a town of about 320 people, Taylor has more than its share of interesting history, culture and atmosphere. Taylor has survived good times and devastating times, and it faces the future, always changing, but always keeping an appreciation for hard work, good food and music, sociability, and a slower pace of life.
From modest beginnings as a pioneer settlement to its rise and fall with the railroad and King Cotton, Taylor endures and is now, as Faulkner put it, a “postage stamp of native soil” that attracts visitors and new residents from all over the world who come for its famous food, music and arts scene and bucolic lifestyle.

A Miracle Of Catfish, Brown's posthumous novel published in 2007, is set a year or so after the 9/11 attacks; in it, one of the characters talks "about maybe taking a part-time job, maybe calling down to Taylor Grocery to see if they needed anybody else to wait tables on the weekend." Taylor Grocery, at 4 First Street, is pictured below, in a photo taken in July of 2014. I have no idea if these attached establishments are open or closed; for now I prefer to imagine Brown's version of the stories that occur inside and out. (Note: Taylor Grocery is OPEN.)  And I love those two little dogs out front of the cafe. 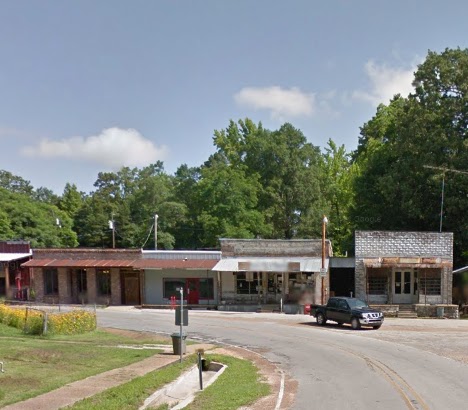 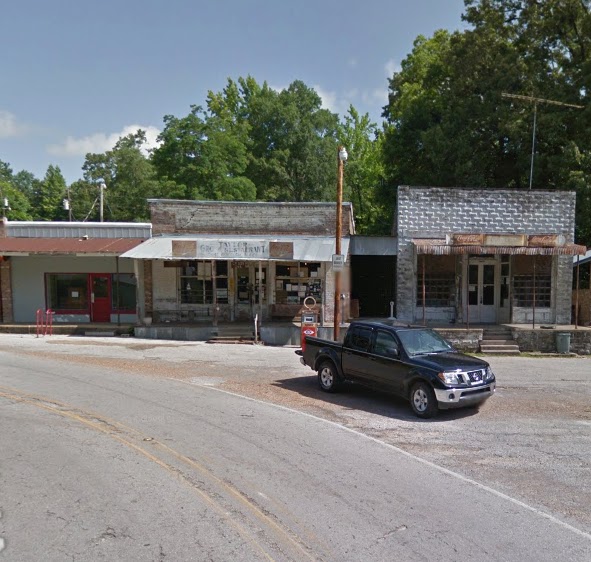 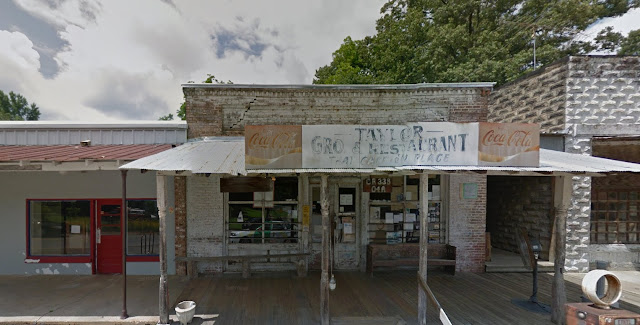 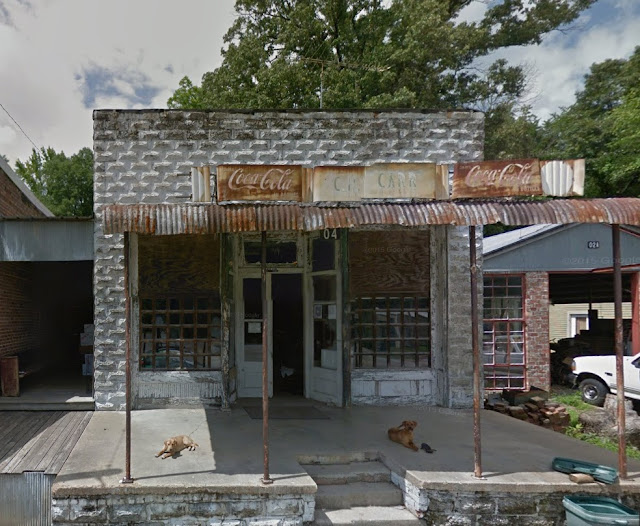 And just north, CR 303, and you're on one of the endless county roads that so many of Brown's characters find themselves on, purposefully or aimlessly, heading home, driving around, or walking, lost.