"Life rocked on. It always does." 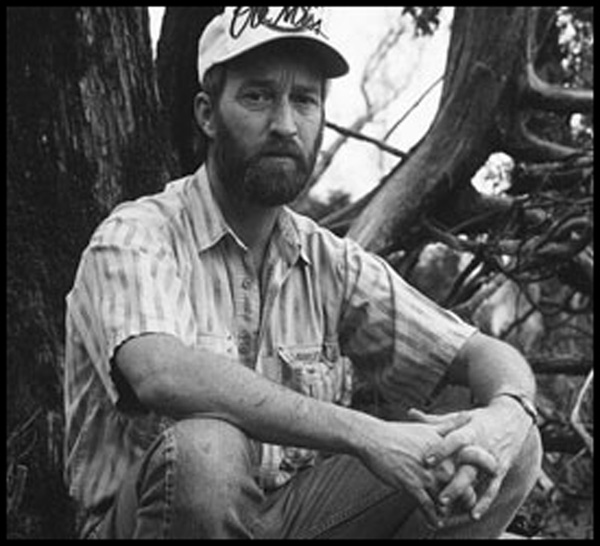 Every couple of years I'm tapped on the shoulder and take a Larry Brown book off of my shelf to read—and then over the next few weeks devour every word he's written. I love Brown's work immoderately; there's something in his spare, elemental Naturalism, his marginalized men and women driving around and drinking, fucking up or redeeming themselves, and his evocative descriptions of the dark and vibrant north Mississippi landscape that speak to me beyond reason. This time around—having again read Joe, Father and Son, Fay, and On Fire, his riveting memoir of being a firefighter—I'm struck by this passage, the conclusion of his great essay "Goatsongs" in Billy Ray's Farm. Brown's on the hunt for a coyote that killed several baby goats on his farm. Hating the coyote passionately, he stalks him one afternoon but the goat gets away. Brown's resigned:


I stood there looking after the last ﬂeeting image of him, brown, low to the ground and laid out, getting away. Holding the gun like nothing. And feeling so helpless and hating it so bad. He was just an animal, but still he got the best of me. He came, he saw, he ate, he left. And there was not one thing I could do to prevent any of it, given the circumstances of my station and my family and cattle matters that were out of my hands. But still, it hurt. It hurt about as bad as anything had in a while. They were just so goddamn cute. If you could have seen them, you would know what I mean

We don't have any goats now. Nanette got sick and died. I found her. I don't know if Tom ever told his children or not. But I guess when they grow up they might read this and ﬁnally know.

I keep one of Nanette’s horns in my desk drawer.There is also a picture of her on the promo CD of Blue Mountain's Dogs Days. The horn, hollow and ﬂuted, in a spook, a talisman, a key. I keep it here to remind me of what a man can go through for goats. It reminds me of what is possible in this life in the country, and sometimes what is not.

Brown died of a heart attack at his home in 2004. He was just finishing Miracle of Catfish, which was published posthumously with his notes for the ending included. Catfish is his greatest novel, and suggests what marvelous, complex, absorbing fiction Brown might've continued to produce. Barely a week goes by that I don't mourn this guy's passing. 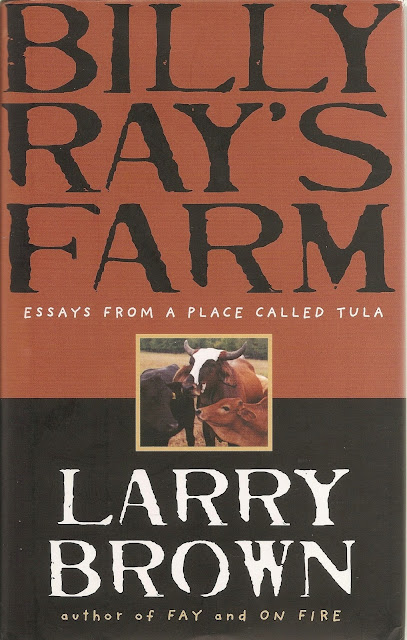 Photo of Brown via The Local Voice.
Posted by Joe Bonomo at 12:59 PM