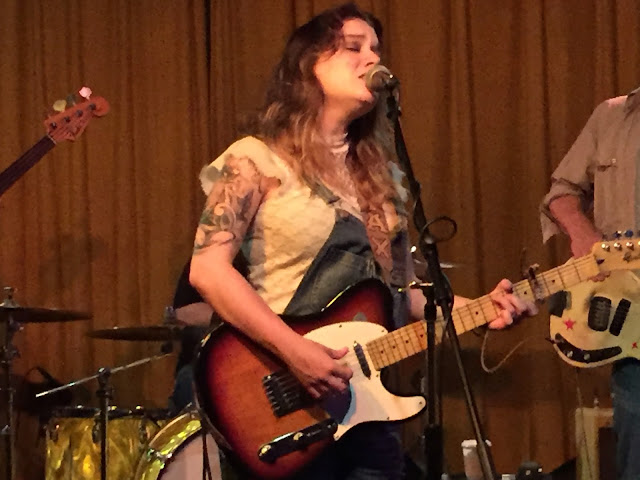 DOWN AT THE ROCK & ROLL CLUB—Every note Lydia Loveless sings sounds like it's is in a minor key. She and her band rocked The House in DeKalb last night, her twang and desperate sincerity plugging up my throat tight for most of the night. Richard Hell said that "Lydia is the only singer/songwriter the power of whose music and voice consistently makes me cry." I'm with Meyers. I'm glad wasn't much close-harmony; that would've put me over the edge.

Her band looks as if they were rounded up from a bar down the street, their beat-up guitars as if they're collectively 75 years old. Jay Gasper plays pedal steel and a very cool, bright-sounding 12-string, the make of which I couldn't determine. Todd May gets sounds out of his guitar that mock weeping and howling, back-to-back. Bass player Ben Lamb (Loveless's husband) alternated from electric to stand-up, and Loveless moved between those ranges too, as her band politely excused themselves from the stage near the end of the show and she picked up an acoustic and sang solo, beautifully, heart-breakingly, for a few numbers. She wore heeled strap-sandals, denim shorteralls, and a lace t-shit— "I'm all about class," she drawled. She drained a 40 oz. New Belgium Fat Tire over the course of the show, and sang "Wine Lips," "Really Wanna See You," "Head" and the other songs with sobbing catches and with her eyes tightly shut, opening them occasionally to reorient herself in the landscape of loss and lust she'd created. Lydia Loveless and her band are the real thing—they play tuneful, tawdry, honest, seams-showing rock and roll country love songs. See her if you haven't yet. 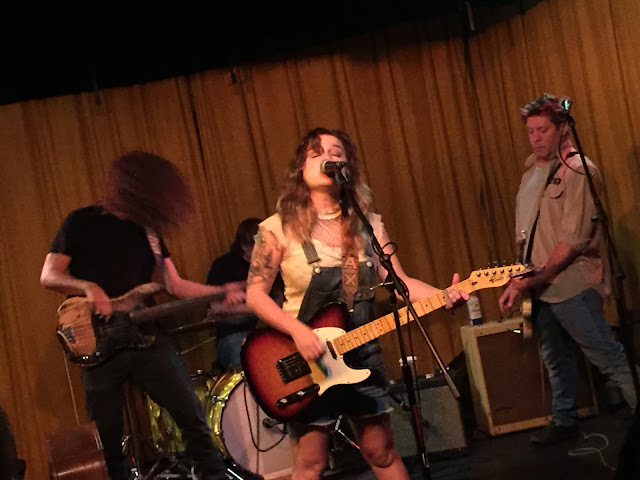 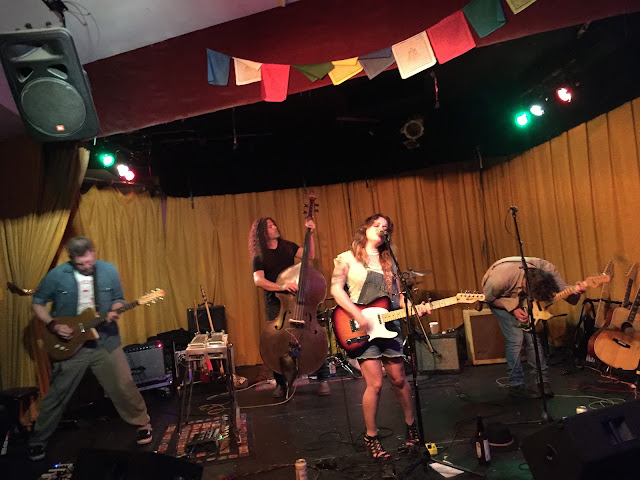 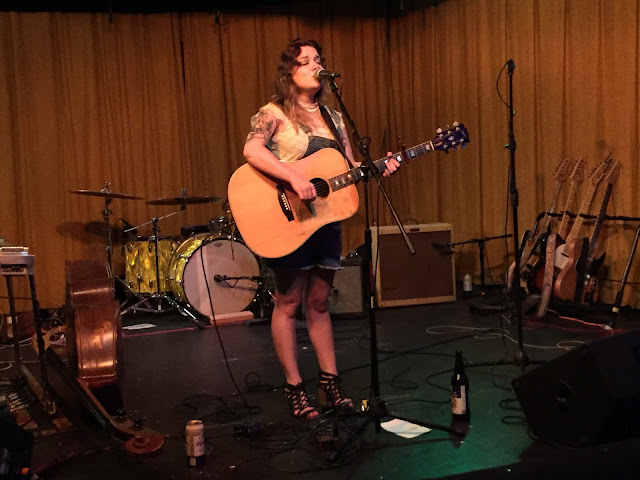