"This is where the game was played?" Old Comiskey and new eyes

I've lamented here recently about never having attended a game at old Comiskey Park, which was constructed in 1910 and demolished in 1990. Before last night's White Sox game—a beaut; a 3-0 victory over the Mike Trout- and Albert Pujols-dominant Angels—I located home plate of the old park, embedded in concrete next to U.S. Cellular Field near Parking Lot B and a parking garage. As any reader of NSTAW knows, I love visiting old ballpark sites (here and here), relishing the bittersweet co-mingling, sometimes clashing, of the past and the present. The site of the old Comiskey home plate is nicely preserved, with green weeds happily peeking out from the edges of the "batter's box." If you tune out the ear-splitting DJ at the makeshift tent behind you, hawking some promotion, and look out toward what was the outfield—now a parking lot and, beyond that, the tops of some nondescript apartment buildings—you can imagine the game as it was played on this spot for eight decades, from dull affairs and postseason games to the old exploding scoreboard and Disco Demolition Night.

As I was taking these photos, a family walked by, and the three young boys, each clad in identical White Sox gear, listened as their dad explained the home plate. They stood shyly watching before I, idiotically slow on the uptake, realized that they wanted to surround the plat as I was doing. I stepped aside. "This is where Frank Thomas and Robin Ventura and Ozzie Guillen batted," dad said. "And Bo Jackson."

"So, this is where the game was played?" asked one son, gazing out skeptically toward the parking lot, his face betraying that blend of fantasy and reality that old ballpark footprints provide. It was a terrific moment, as if scripted and staged. Then they were off to the park to watch a baseball game, in real time. 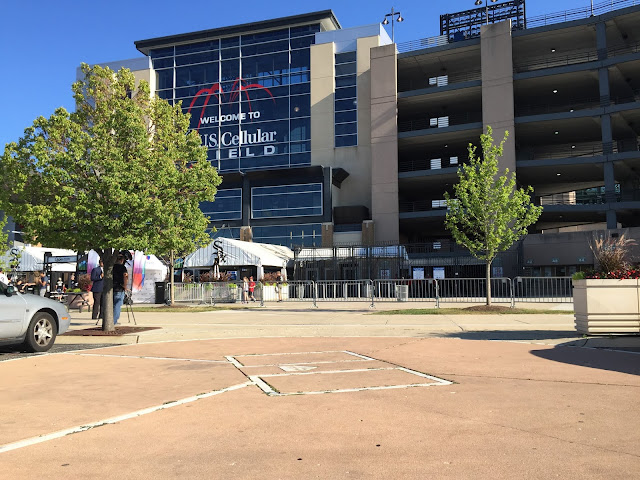 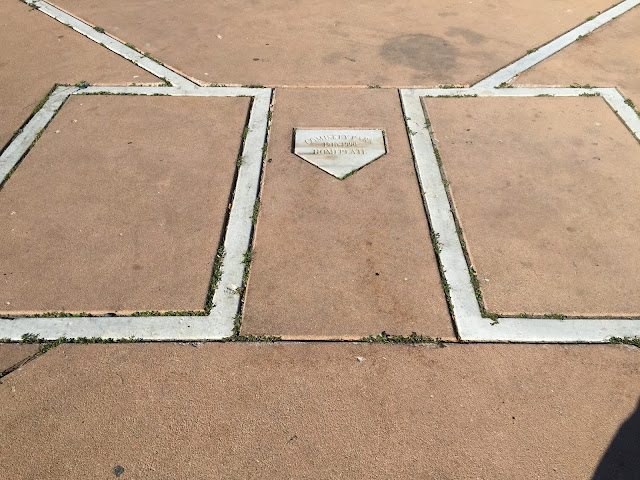 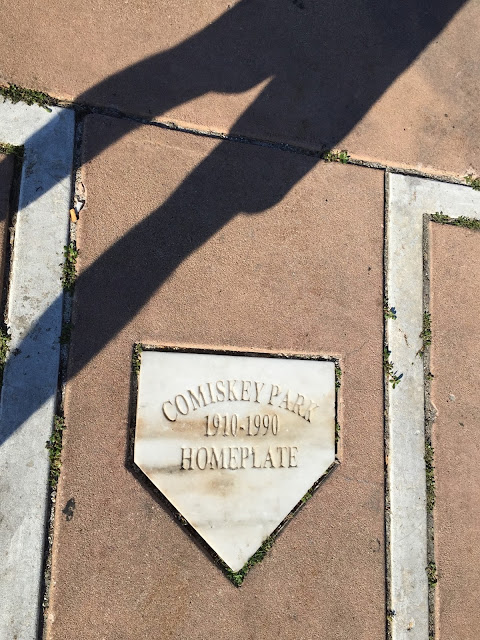 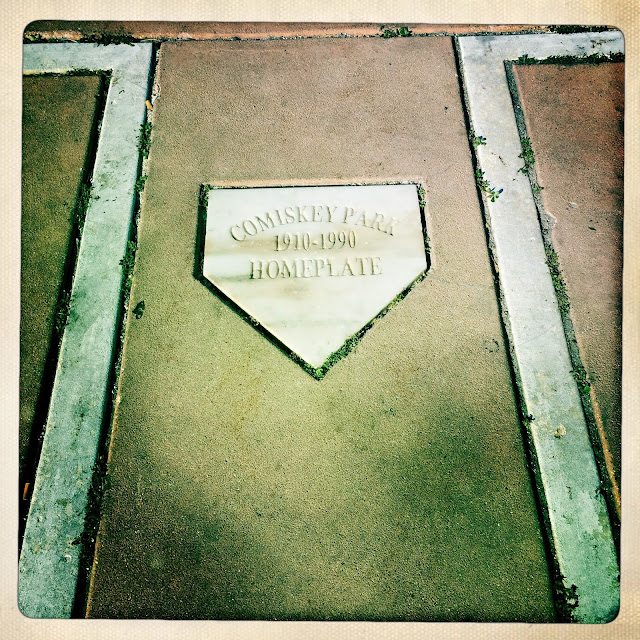