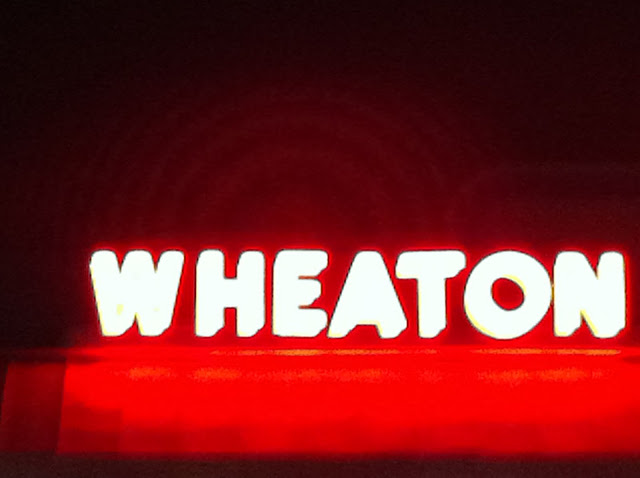 In The Technology Trap (1979), Leo J. Moser identifies seven Zones of Human Experience—in essence, everything you perceive, from your skin outward to the cosmos, arranged into levels, the last two being purely conceptual constructs:


1. area of sensation immediately touching the skin
2. area within two or three yards in which mass social interaction takes place
3. maximum area of social interaction, a few hundred feet
4. area that extends as far as one can see or otherwise gather information from any one location
5. irregular/varying area of the zone 4 areas that a person experiences during a lifetime
6. surface/biosphere of the earth
7. the universe as far as one can conceive

(Ray and Charles Eames' Powers of Ten video explored a similar idea.) Moser's seven zones came into mind the other day as Amy and I drove home to DeKalb from Wheaton, Maryland where we'd helped close down the home my parents have lived in for more than half a century, the home in which I was raised and which I left (for good, as it turned out) at age twenty-two. It was, of course, a peculiar, melancholy, somewhat surreal experience. We culled stuff; we spent several days hauling unwanted items to thrift stores; we helped spruce up the yard; I honored the house (and my parents) as best I could. We brought back with us to DeKalb a few items I cherished—a 1969 Washington Senators pennant; a print of a barn on a rural road that I've loved since I was a kid; a small wooden phone table made by my uncle, my mom's brother, a priest who married my parents in 1957; a green glazed Arts-and-Crafts-styled lamp from the house my mom grew up in in Coldwater, Ohio. Small elements from the house are now living here.

The prospect—the image—of another family inhabiting the same hallways, bedrooms, the kitchen and basement and backyard where I lived and grew up with my five siblings is bizarre to me, virtually unimaginable: my parents bought the house new, when Amherst Avenue was a dirt road and Wheaton a tiny, sleepy D.C, suburb. The house has known no other family. And here's where you're bored, if you weren't already, especially if you've already undergone this rite-of-passage, or will have no opportunity for it. My sadness at saying goodbye to my parents' home is deep and genuine, and no different from yours or the family saying goodbye to their homestead down the block, across town, at the edge of the state border. I know this, and yet I still childishly resist the image of a new family in my parents' house pressing re--set, eager to update the bathrooms, remodel the basement, to take advantage of the proximity to the new-ish Metro station a few blocks away and a thriving, Internationally-rich Wheaton that bears little resemblance to the town I grew up in, and loved. Though I know statistically my situation isn't unique, my melancholy feels new and untapped, even if I were to witness, say, my parents' neighbor's family undergoing the same process of letting go of their old family home. Self-regard is a wickedly powerful and self-deceiving impulse. In what zone does narcissism end and empathy—or, at least, sympathy—begin? I feel as if my sadness stretches well past Zone 7—it must!—at the same time recognizing the pathetic, precious self-absorption in that. So do you. Really, the friction created by my Zone 2 rubbing against my neighbors'—and theirs against their neighbors'—is perpetual, an eternal reminder that our experiences aren't unique or particularly special; they are ours, certainly, but only in the trivial sense. There are homes everyday changing hands: structures that pretend to preserve the memories inside, when really they are as transient as the air that moves around them.

Well, we'll always have Google Maps.
Posted by Joe Bonomo at 11:10 AM