Father's Day, Brooklyn and Beyond

My dad was born in 1930 and raised in Brooklyn, New York. The Dodgers were his team and Ebbets Field his park. He left town for college (West Lafayette, Indiana, then Cambridge, Mass) and never returned. When the Dodgers played their final game at Ebbets Field on September 24, 1957 my dad was living in suburban Washington D.C. working for Westinghouse, freshly married to my mom for three months. Their first child, my brother John, was born nine months after the Dodgers' final game. End of an era, start of a new one.

After the Washington Senators moved to Arlington, Texas and became the Rangers in 1971, my dad had had two teams snatched from his fanly allegiance. Happily, the Nationals moved into town in 2005 and my dad has been able to enjoy several games, the most memorable, perhaps, coming on June 18, 2006 when I surprised him with a visit, and he, my brother Phil and his son went to the Nationals/Yankees contest, three generations of Bonomos at a D.C. baseball game. Ryan Zimmerman hit a walk-off homer in the bottom of the ninth. Two things I'll never forget: the site of a loosened-up Mariano Rivera in the bullpen, hanging his head in dismay after the homer. And that it was Father's Day.

Happy Father's Day, dad. Here's a full radio broadcast of a Dodgers/Giants game from 1950. Maybe you were back in Brooklyn, USA and tuned in to the call, maybe you weren't. 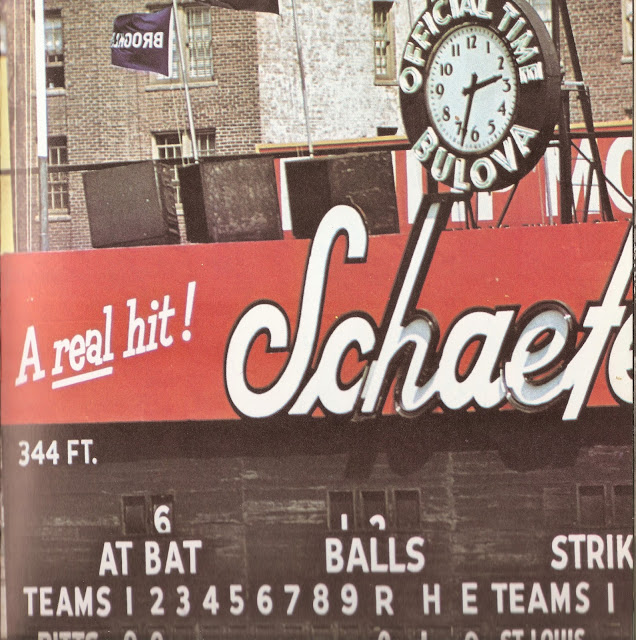 Black and white images via Getty; color image via The Ballparks by Bill Shannon and George Kalinsky (Hawthron, 1975)
Posted by Joe Bonomo at 11:26 AM