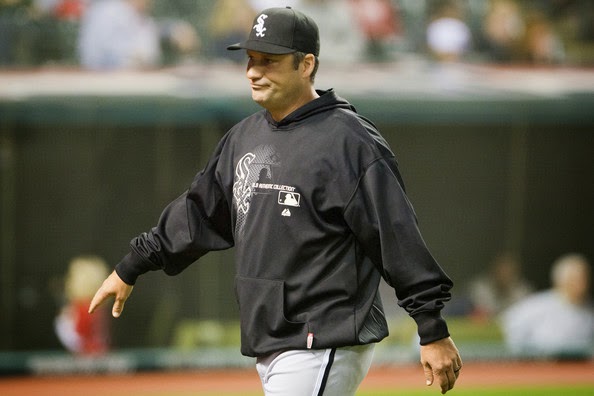 The Chicago White Sox were utterly in character in losing the third game of the recent series with the Detroit Tigers. After winning the first two games, the Sox torpedoed expectations and regressed to meek batting supporting good pitching; next week the poles will reverse, I suspect. Likely that will be the course throughout the season: one game up, two games back. The off-season signings of Melky Cabrera, Adam LaRoche, Jeff Samardzija, and David Robertson excited all of us Sox fans—I told a friend in March that this was the first Spring Training I was feeling realistically—not fanly—optimistic about the team's chances. The White Six are currently a game out of last place.

My "It's early!" and "It's cold!" and "Wait until [ ]" proclamations have worn out their expired-by dates. Now is the time of the season when—and I admit this to few people—I wish I could be a fair-weather fan, adopt myself to whatever team is winning, be it the Giants or the Cardinals or the Royals, and enjoy a quality season with quality players and managers playing quality major league baseball, enduring player- and team-slumps that genuinely feel like the bottom of a hill to be conquered, not an endless void into dark mediocrity. But I can't do that. I'm a fan. And so I'll continue to wax philosophically to Amy over morning coffee, and lunch, and happy hour that losing builds character, that baseball is about adversity, that it's a humbling game. "A lifetime .300 hitter fails to get even a nubber hit seven out of ten times!" Meanwhile, over in Detroit....

Things are looking up- Chase Utley hit a double yesterday, and a single today.