Rick Moody and Music Writing: Why so Beautiful?

One of the joys of reading is being stopped cold when you encounter a passage so akin to your own sensibilities and ideas that you feel you could've written it yourself, had you been there first and a better writer. Rick Moody, a longtime fiction writer and musician and current music columnist at The Rumpus, published a collection of his music essays in 2012, On Celestial Music: And Other Adventures in Listening, gathering writing about Pete Townsend, Otis Redding, Wilco, Magnetic Fields, style, taste, modes of music and lots of music-related musings in between. From the introduction:


These essays, which were composed over so many years now, nearly fifteen years, are a record of that pursuit, and they return to the site of the first revelation of music as though there really were a first revelation and not an entire lifetime of listening. These essays try to explain what it is that so overwhelms this writer in song and instrumental music. It bears mentioning: the inability to stop trying to explain this imprinting, this mark that music has made on me, is why some of these pieces are longer than essays normally are. I can't stop. What these songs have done to me, in remaking me, is open me up to certain kinds of feelings and perceptions, even when much of what's in the world opposes any opening up at all.

I always return to writing—in the harder moments; I come back to these alphanumerical keys here, as if it's only with words that I can make sense of the travails of consciousness. And yet when I come back to these keys, I find that music often comes with me. Much has changed, and the kinds of things I'm listening to are nothing like what I loved when I was ﬁrst listening to the AM transistor radio under the sheet: now I ﬁnd that sentimentality always drives me off, and a lot or what I like is music that most people would find hard to enjoy, but the experience is the same: I could still easily pass a whole night just spinning tunes on the stereo. and I could talk the ear off a friend, indulging in the little shades of differences between certain approaches to the popular song, certain recordings. I feel very excited and happy when I encounter a person with whom I can go on in this way, and you, consumer of books, are that person today.

You took the words out of my mouth. Where I diverge from Moody is at the intersection of memory and sentimentality; he bolts one way, maybe toward noise, dissonance, and anti-sentimentality, I another, often toward sentimentality and what it might reveal about its power and limitations. Otherwise, this is shared-skin stuff here. 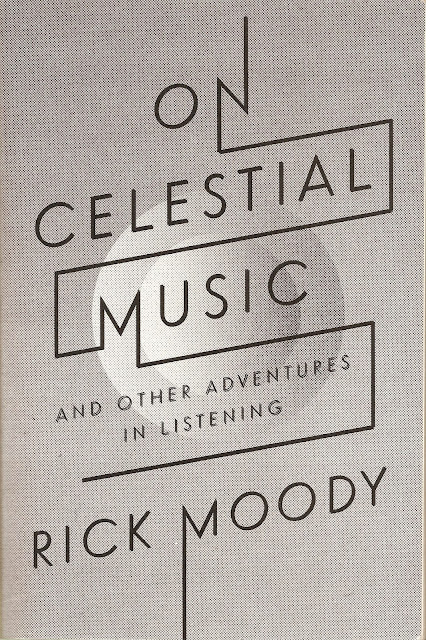