The inimitable Richard Meltzer turned 70 the other day. In tribute, here's an excerpt from "F**k My Childhood," a piece he wrote around the age of 50 about the vagaries of taste. The piece originally appeared in San Diego Reader in 1994, and was collected in 2000 in A Whore Just Like The Rest.


I saw Bo Diddley and Chuck Berry at the Brooklyn Paramount; Elvis on the Ed Sullivan Show; the Beatles at Shea Stadium (twice); The Doors something like FORTY times, more than half before Jim even wore leathers (no: jeans and a surfer shirt); Sonny Rollins at the Five Spot after he got down off the Williamsburg Bridge to start gigging again (he had a Mohawk); Ornette Coleman at the Village Vanguard after his woodshed time-out to add trumpet and violin to his arsenal. The first time I heard the Troggs was on a jukebox as I peed in a urinal trying to make cigarette ﬁlters stand on end while my blind date not exactly waited for me at the bar, a
total washout.

I could go on for paragraphs, pages, volumes ’bout all the rock and jazz things I experienced not only in real time but in their real time—their only time (before history got them—as it gets everyone and everything—wrong, before they got nailed to some idiot conception of the great chain of being, or the Time-Life lie-lie-lie-lie, or worse) and certainly mine (and double certainly theirs and mine in even proximate relevant conjunction); maybe someday I
will.

The point for now being simply THIS: I have no context, no history (other than remote; remoter than remote; wholly, utterly incidental) to plug into when I listen to classical music, no environment in which to meet and greet it even halfway—none in which I really wish to participate (the concert scene, hanging out at Tower Classical, subscribing to archivist/discophile mags) (it’s just too, what’s the word, yes, too fussy) (too Euro, too creepy): no nexus of anysort, any import, OTHER THAN the shoddy Gestalt of childhood, or (and here’s the kicker) some icky yucky structural equivalent: stamp collecting, model airplanes, by-the-numbers kid chemistry: a socially redeeming “hobby.”

Or a—heaven help me—school project (for “extra credit”)—I’m still a fucking overachiever. I diligently sift through exemplars of “baroque,” “classical,” “romantic,” “modern,” “avant garde” as I would through the airmail imperforates of Belgium, New Zealand and Estonia; I wiggle my toe in the vast ocean of opera, using my encounter with easy/early Wagner to give me entree to difficult/late, I go from Aida to Rigoletto, from Les Préludes to A Faust Symphony to Mephisto Waltz #1. I’m, as they say, “learning.” I probably don’t have enough years left to actually ever come up to speed with it, but I’m also likewise at a stage of mammal froth where such a fact don’t faze me. Or do I have it backwards? Is this in fact an apt preoccupation for my coming dotage—pipe and slippers—geezertime, daddy—o?

In any event, it feels somewhat absurd at age 50 or age anything, given the downscale biases of my music-critical past, that I’m sort of reviewing—that I’ve lived to review—make semi-reasonable non-pejorative allusion to—in a single piece—two operas and a tone poem, but, y’know, hey: fuck me. 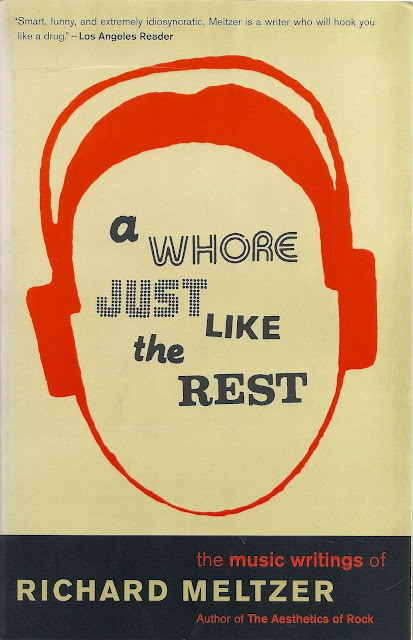