DOWN AT THE ROCK & ROLL CLUB—Oblivians brought their lo-fi mania to the Empty Bottle last night, plugging in and blasting three-chord streaks through their spiky catalog. The band—Greg (Cartwright) Oblivian and Jack (Yarber) Oblivian on guitars, and Eric (Friedl) Oblivian on drums—broke up in 1997, but have played sporadically since then, and issued a new album, Desperation, in 2013. Old friends, they assume a reckless, garage-band spirit, tight and rehearsed but untethered to a set list, with a lot of eye-glances and head-nods and muttering among them as the loud, beery night progressed. They played songs from their early albums ("She's A Hole," "No Reason To Live," "Blew My Cool," "Bad Man," "Live The Life," "Feel All Right," "What's The Matter Now)" and a few from Desperation, including "Fire Detector," "Mama Guitar," and the great "Pinball King"—a song I love immoderately. Thankfully, Oblivians remind us that barre chords, beer, and loud clubs aren't going away anytime soon, that rock and roll songs can both attack and be attacked—a kind of amplified cage match. Cartwright was at his howling best, shutting his eyes when he sang, and pummeling his guitar, though he looked a little beat by the end of the night. The band rotates drummers—Friedl gave way to Cartwright, and then Cartwright to Yarber as the set closed—and my favorite moment occurred when Yarber, behind the kit, looked suddenly alarmed and a little scared when Cartwright started a typically raucous Bo Diddley-on-crank riff; Yarber made eye contact with Friedl, who stepped to Cartwright and said, "It's too fast!" Cartwright slowed down and Yarber played along with the song, gamely, and as cautiously as an Oblivian can be onstage. When they came back for an encore, after ducking out in the alley out back of the club, Yarber grabbed his guitar and said to the crowd, "Well, we took a vote—I'm still in the band!" He then apologized to all drummers. Cartwright smiled and said, "I thought he was good!" Great stuff.

An obnoxious-if-smiling slam-dancing handful up front insisted on turning the night into their own basement version of pro wrestling. Eyed by security, they managed to take over the front, childishly. (A drag when I was 20, a drag now.) As for the opening bands, I'll just say this: there is a time and place for Deconstruction; a rock and roll club ain't one of them. 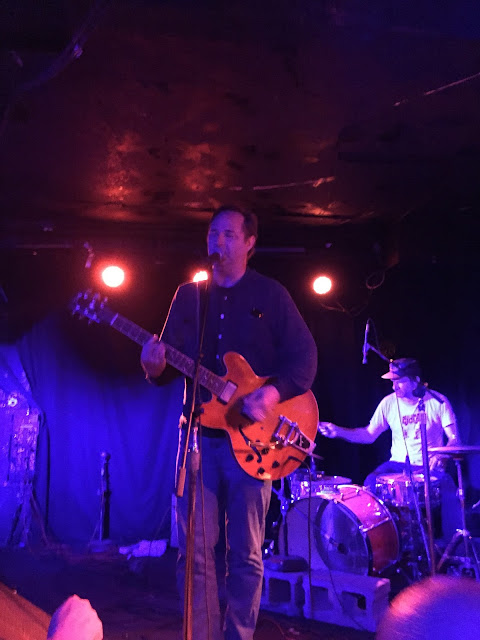 Who wants to drum? 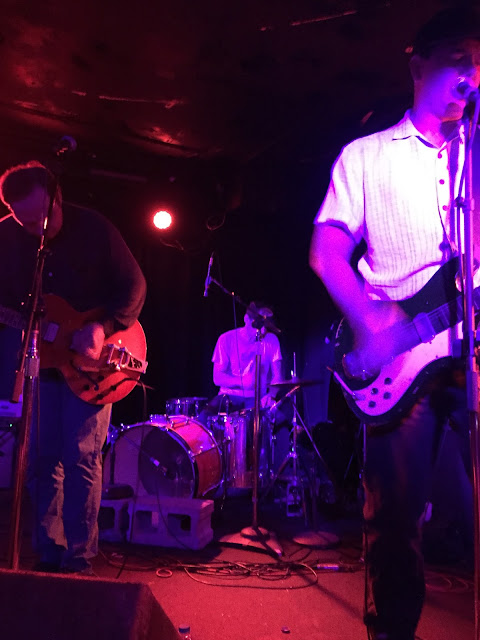 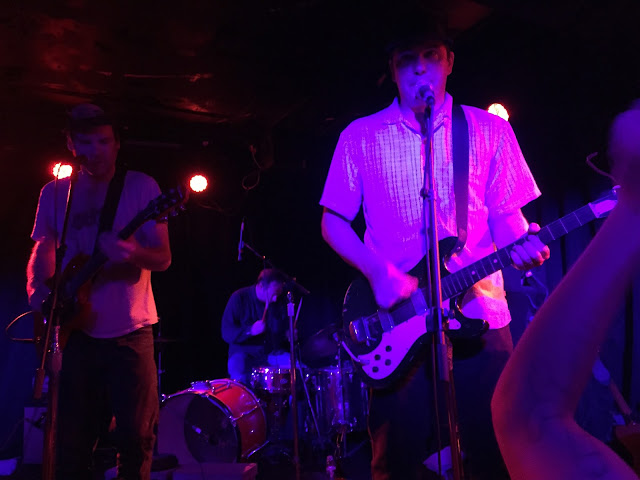 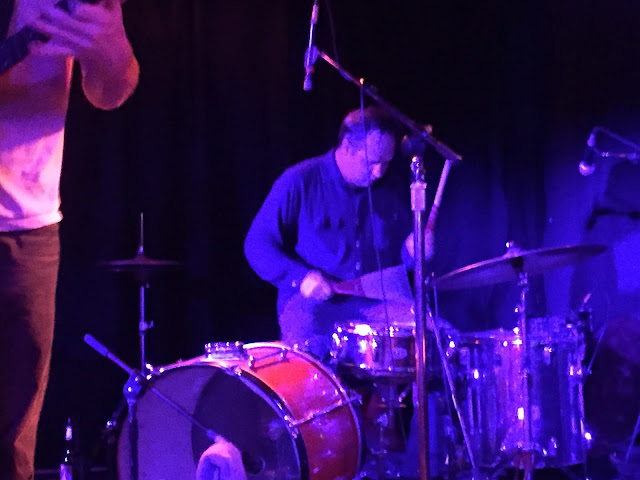 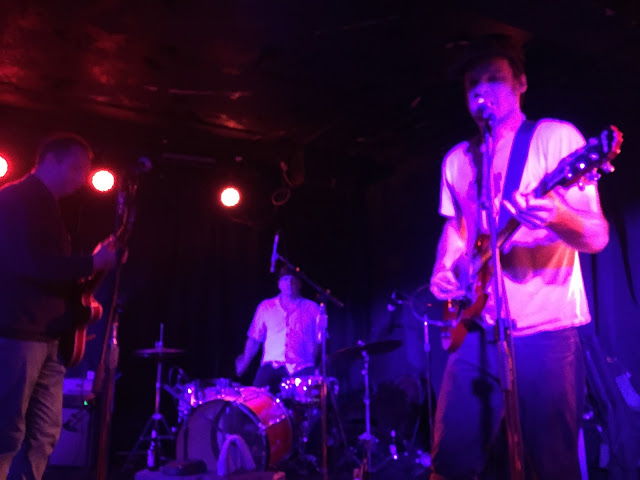