Roger Angell has written—has, indeed, made a career out of noting—that inside of a baseball fan lives a child who expects each game to be a tense, nine-inning struggle with bottom-of-the-ninth heroics for the home team. Of course, this rarely happens; baseball is a game of ebbs and flows, with far more than not receding from a dimly-seen shore if a team's playing poorly. I was reminded of this again last night, as I watched glumly as the glum White Sox fell to the Cleveland Indians, a glum game in which the Sox starter John Danks allowed four runs in the opening frame. This was an insult my friends and endured outside of the park at the gate, listening to a dispirited Ed Farmer call the game over speakers, mired as we'd been, first, in horrendous, Chicago Blackhawks-to-blame traffic, and, second, in a delay entering due to a random, park-wide security check. By the time we reached our seats behind home midway through the bottom of the first, the game's conclusion felt foregone. The Sox lost, 5 to 2.

It didn't matter. I was with good buds, good beer (Revolution and Half Acre, local brews) in great seats. The Sox played poorly—there were impatient at-bats, embarrassing fielding, Danks's lousy, junky outing—but the weather was gorgeous, and Tyler Flowers's hard-hit homer to left, which plated Gordon Beckham who was on second after a loud double, in the ninth, was just the kind of funny, too-little-too-late, boo!-and-yay! offense that characterizes a bush league game for an average team having an average season. And for that matter, it characterizes the game of baseball. There will always be something to cheer about if you wait out a game, among both friends and strangers, believers and cynics. It's a truism as old as the sun glinting off of US Cellular Field. 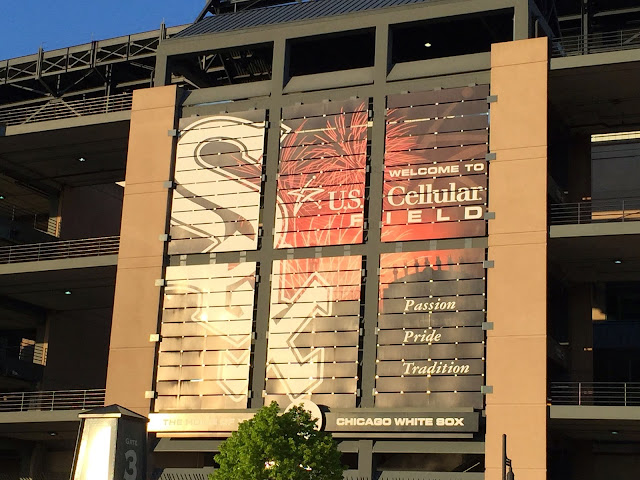