On The Road Again: Barrence Whitfield and The Sonics

DOWN AT THE ROCK & ROLL CLUB—Some observations of last night's Barrence Whitfield and The Savages/Sonics show at Thalia Theater in Chicago:

The fellas in the Sonics look a little softer in their collective middle than when I saw them a year ago; that's life on the road after half a century.

The Sonics' sax player Rob Lind took the mic for a rip through "You've Got Your Head On Backwards," which he introduced by saying, "As you can tell by the title, a poignant ballad." He holds the mic vertically, like a game show host, and can't stop grinning.

Though his playing sounded great, Sonics guitarist Larry Parypa looked a little distracted; he's gone on record as saying that he's somewhat mystified at his band's resurgence and current influence, and that he's already tired from touring. When he bent from the stage edge to shake hands with fans after the show his smile was wide and real. (Was it from relief?)

A woman behind me at the front of the stage appeared as if she could've seen the band in Tacoma in 1966 at a teen hop. She was tiny, wore dark shades, clutched her pair of red pointy-toed, spike-heel shoes in her hands, and held her own with the generally good-natured 20-somethings in the mosh pit. She was fantastic.

When a member of a band who put out their previous album when Lyndon Johnson was president says onstage, "We're going to play some cuts off our new album" and is greeted with rousing cheers, something cool is going on. Lind later announced that the Sonics' current single is number 10 in South America, to which the band grinned wryly, and not with a little disbelief.

Barrence Whitfield looks very happy to be onstage playing rock and roll, and his voice and charisma are undimmed in his fourth decade as a performer. I last saw his band 31 years ago, and that night ended with my friend and I celebrating by careening around the campus of University of Maryland in his '71 Pontiac LeMans; I think there was a girl and I know there were a dozen empty beer cans in the car, too. Apart from driving myself home safely and reasonably, last night's set felt as if it might've happened 29 years ago.

The Sonics ended the show, of course, with a stomping version of "Witch," a song Lind informed us that Jerry Roslie wrote when he was seventeen—a remark at which Roslie rolled his eyes and looked both bemused and proud. If Roslie didn't write the new album's "I Got Your Number" when he was seventeen, then I love it even more.

The sound of a loud blaring sax in a packed club will never fail to rouse me.

There's been some warranted online push-back against the hype and commentary that the Sonics are earning. Are they overrated? I agree that excessively considering three-chord rawk can result in diminishing returns, but I'll also admit to being astounded that the archaic, over-played riff of Barrett Strong's "Money" can be made stirring, nightly, in the hands of a great rock and roll band. 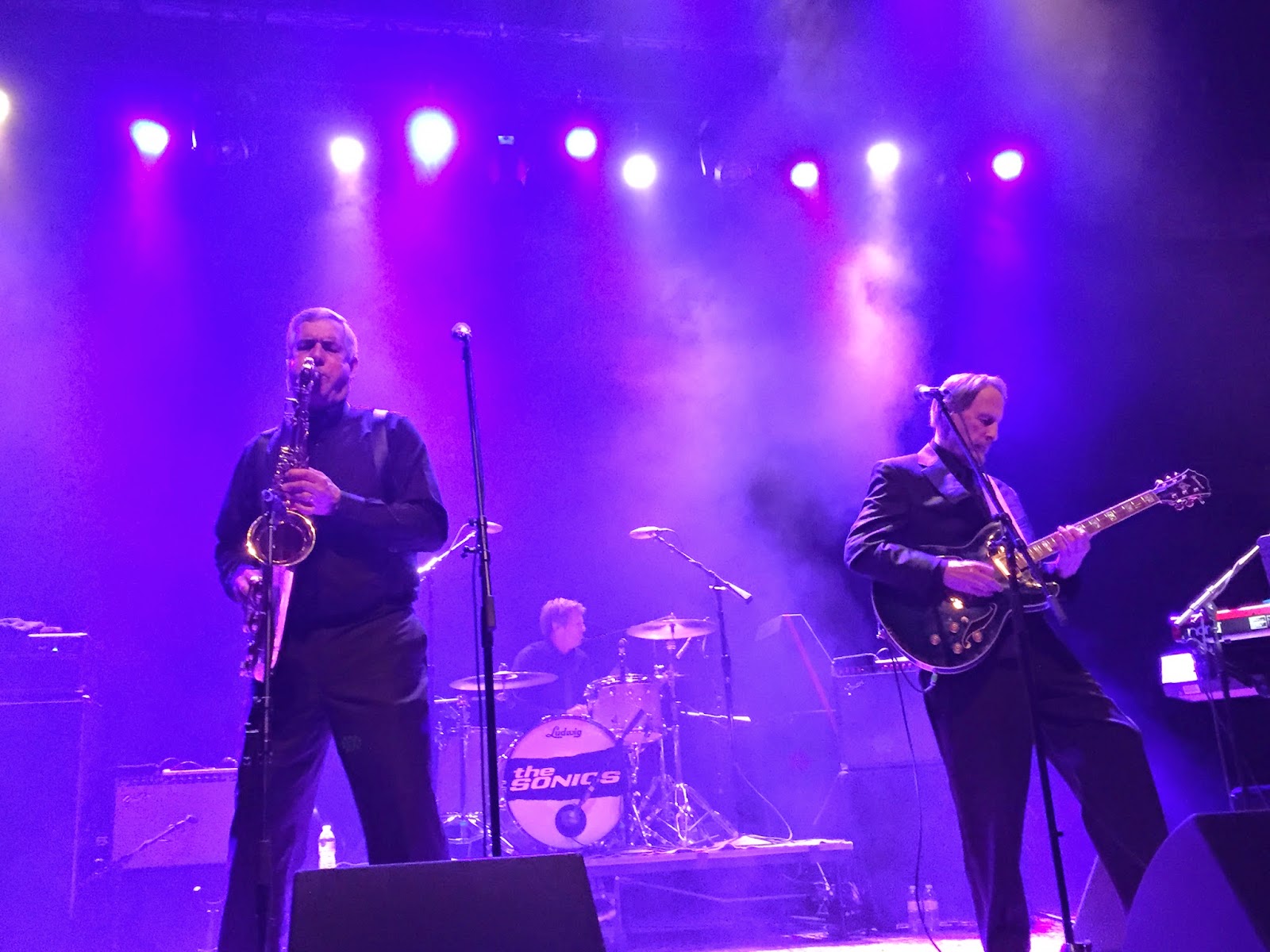 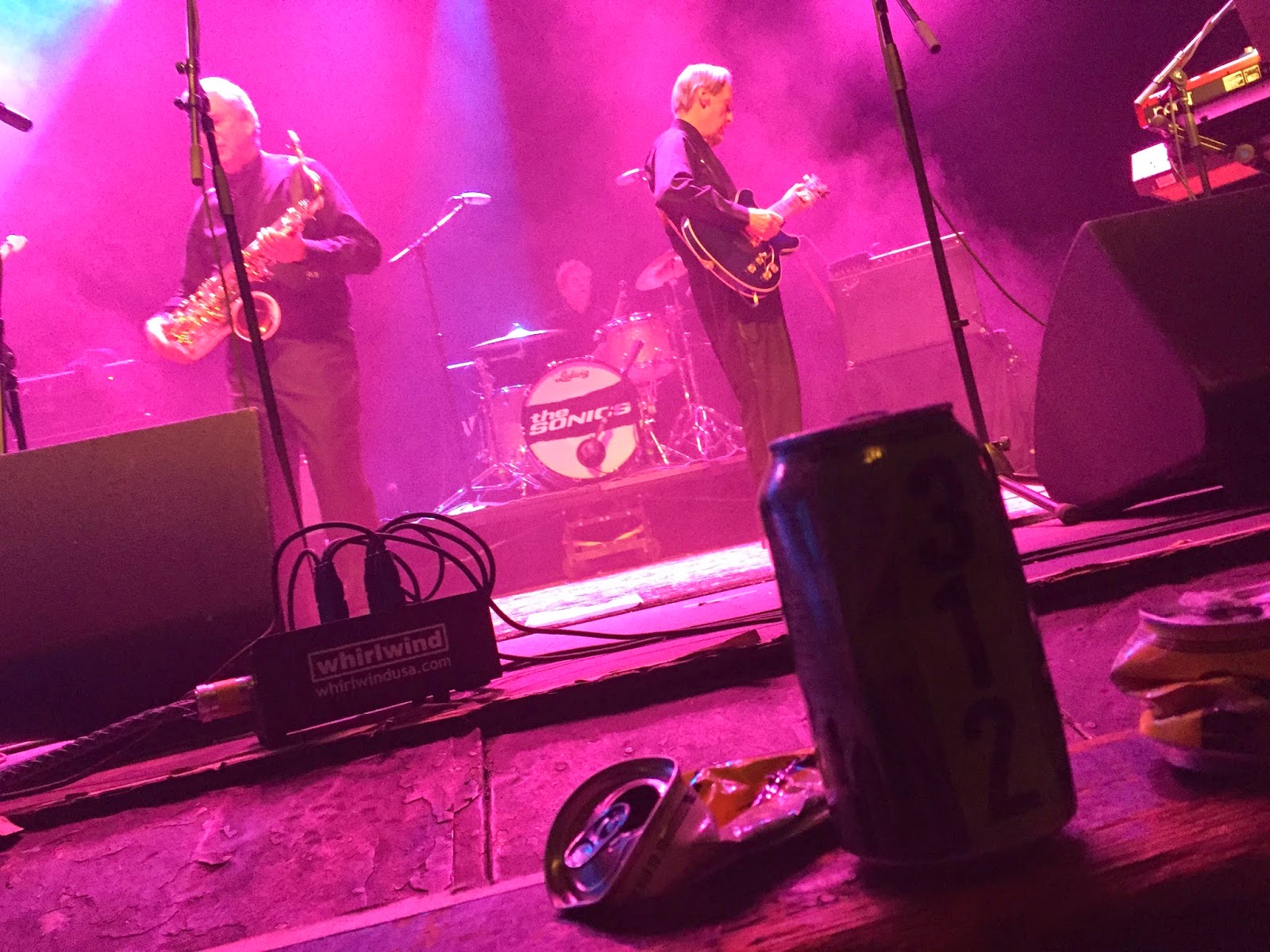