Gordon Spaeth died ten years ago. The longtime Fleshtones sax, harmonica, and organ player had left the band in 1988 for mental and physical health reasons; he'd last played on a Fleshtones record in 1998 ("Blow Job," on More Than Skin Deep) and last played with the band live in 2001. He'd been living for some time in Manhattan at the Prince George Hotel, on 28th Street between 5th Avenue and Madison, a former welfare inn refurbished as supportive housing for low-income and formerly homeless adults. He fell from the roof of the Hotel on the snowy evening of March 8, 2005.

It was in Gordon's clean, tidy room at the Hotel where I lengthily interviewed him for Sweat: The Story of the Fleshtones, America's Garage Band. I found him to be guarded but very funny, leery of saying too much about his chaotic personal history but talking a lot, even offering me a hand-written list of the drugs he'd abused in his lifetime, for inclusion in the book. Gordon was kind, generous with his time, always polite and unfailingly patient with my questions, even the probing ones, and I was grateful to have become a latter-day friend of his, happy that he came to trust me. Gordon was a good sax and harmonica player and a greater raconteur, a dangerous presence on and off stage when he was drinking, which was often, more of a danger to himself when he was using hard drugs, which he'd managed to stay away from in his final years. He was very knowledgeable about R&B, rock and roll, and pop music—I cherish our walks around his neighborhood, leavened with his stories about Brill Building history—a lover of music and sharp style, and a hilarious guy, brimming with episodes of wackiness and mayhem from his drinking and drugging days, always quick with a self-effacing remark as with a cutting jibe aimed at someone else. He seemed tough, and he was, but the posture was part-ironic, borne of b-movie juvee ethos and a toxic and unhappy childhood and adolescence, a protective layer from his own self-destructive demons. His heart was pure, if his body was, by the end, compromised. I tell the whole story in Sweat. Gordon Spaeth is still very much missed. 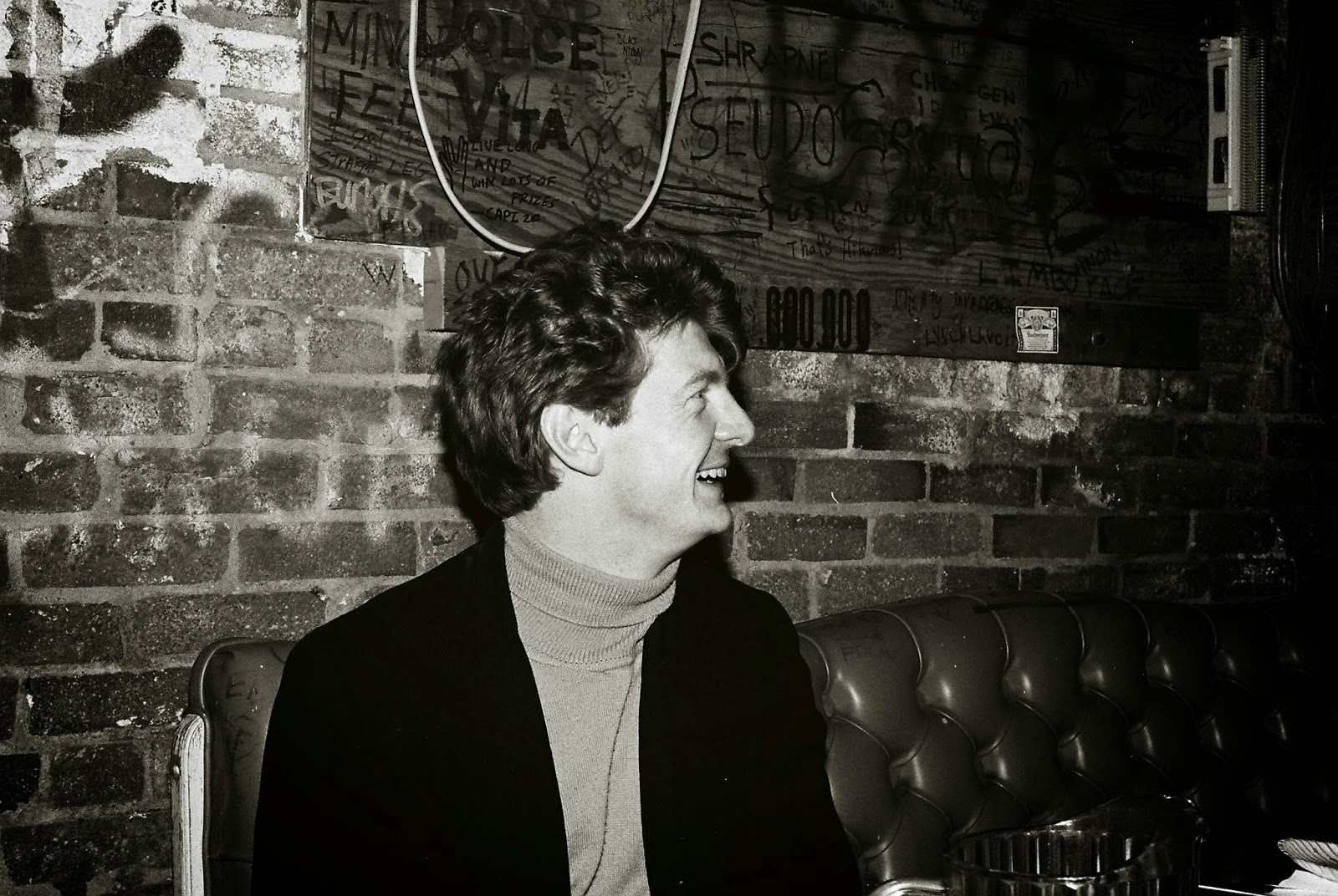 There are plenty of videos online of Gordon Spaeth in action. This from 1986 is terrific fun, as is this 1982 show. Perhaps my favorite is a riotous lip-synched performance of "Return Of The Leather Kings" (from 1987's Fleshtones Vs. Reality) filmed for Andy Warhol's Fifteen Minutes on MTV. The whole band's hamming it up, and Gordon's at his mock-serious best.

Finally, here's "(Legend Of A) Wheelman," one of Gordon's signature songs, from 1983's Hexbreaker:

Email ThisBlogThis!Share to TwitterShare to FacebookShare to Pinterest
Labels: fleshtones40th, gordon spaeth, rock and roll, sweat: the story of the fleshtones america's garage band, the fleshtones

I knew Gordon in the early 80s,righteous dude. Yhanks for the beautiful writings.you hit the nail on the head.


Saw the Fleshtones last night in Baltimore (08.29.15) how fab to have heard Spaeth blow next to Zaremba's Farfisa ...

Nice Piece, he was fun to see up on Stage. I was also at the Baltimore show on Saturday night, it was lots of fun. Hopefully I will get some photos posted soon.

I knew Gordon growing up in College Point Queens. Gordon lived on 138 St which was essentially the borderline between College Point and Whitestone. Gordon had issues with alcohol from as early as I can remember during his early teenage years. He and Bob Hermel were inseparable 'drinking" buddies and often after heavy drinking would get into pretty violent brawls that eventually ended up with Bob being killed. It was not an intentional killing but a death none the less. I think this really caused Gordon a great deal of anguish the rest of his life.

Anon, thanks for your comment and for sharing your memories of Gordon.

I Knew Gordon too for a short time during our High School years. We use to hang out together for about 2 years. We did some odd jobs after school making some cash. At that time we was a pretty regular guy. I am writing this as things come to mind. It seemed that we where always laughing and making fun of other people.

I will post more of my brain can take me back that far.

Walter, thanks for writing, and for sharing your memories of Gordon. I'd love to hear more!