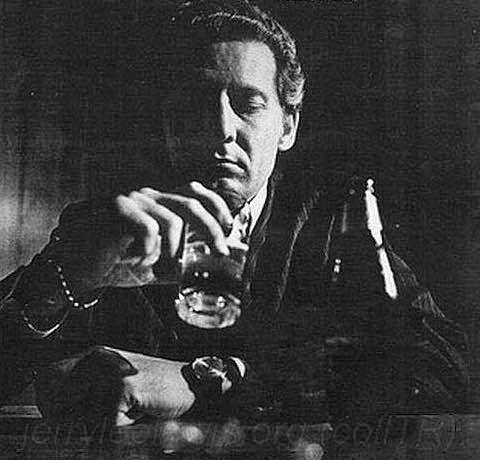 Jerry Lee Lewis has wrestled many demons during his long life, among them alcohol. From as far back as 1957 with "Wine Spo Dee-O-Dee," Lewis has been banging a piano and hollering about spirits. His decades-long wrangling with booze has been the subject of many songs, and the source of many private and public anguishes.

This triptych, spanning ten years, dramatizes the appeal, danger, and regret swirling in a glass. We enter, we sit, and hours later we mourn.


"There stands the glass
That'll ease all my pain, that'll settle my brain
It's my first one today"
From She Still Comes Around (To Love What's Left Of Me) (1969)


"Look at that fool have one drink, then go home
Look at that fool, he's leaving that woman all alone
And go home to someone who loves him true
I wish ol' Jerry Lee could've been that kind of fool"
From Odd Man In (1975)
~~

Lewis has been singing within, and behind, a persona for so long that it's often difficult to know when he's being sincere and unguarded. I hear the true Jerry Lee—the man behind the Killer—in this anguished version of Kris Kristoferson's "Sunday Morning Coming Down" from 2010's Mean Old Man. If you ask me, he didn't really need to cut another song after this.
Posted by Joe Bonomo at 4:13 PM

Excellent post. I'm partial to the Milwaukee song. Love the Killer. I like Wynonie Harris's There Stands The Glass, but JLL's is pretty damned good. I think the Killer's version of Bobbie McGee is the best.

Milwaukee's great. One of those songs that cant believe hadn't been written up to that point.