Several years ago, Sally Howes reported on the massive, twelve-square block Boeing Plant 2 in south Seattle, Washington that was camouflaged by a fake suburban town during the Second War. The intersections of artifice and productivity, and of the suburban myth and the ugly realities of the war machine, are utterly fascinating, so of the era and the century. Particularly affecting are the publicity photos of men and women strolling through "suburbia," pausing for the cameramen at the corner of Synthetic Street, literally standing atop a giant war factory assembling fighter planes for the men who are meant to be living in the homes. They tower over the fake houses, a wicked visual metaphor of the country's giant economic and political stature following the war. The smiles on the their faces, the placid blocks of Anytown, the verisimilitude are in the service of the war effort, of Geo-politcal necessities and grim realities—the cognitive dissonance is sublime. This is an unsettling but gripping part of mid-century history. The site was dismantled in 1946, and the majority of the area remained deserted for years—I wish I could've taken some photos!—and it's now demolished, with no indication of its former role.

"Literally," Howe reports, "It's a set. A huge set. This suburb sat over 12 metres in the air, atop a World War II airplane factory.

It cost a fortune to pull off this spectacular disappearing act. According to Boeing's Corporate Historian, Michael Lombardi, it cost $US1 million in 1942; he estimates that would be $15 million in today's money. There is no record of how long the project took to complete.

The factory was so huge that it needed a whole suburb for camouflage. At 14 hectares, the size of eight American football fields (according to Boeing), the building was largest in the world and had some of the longest single-span trusses of its time.

Below are some photos. Read Howe's full article for a detailed history of the project and many more terrific photographs. 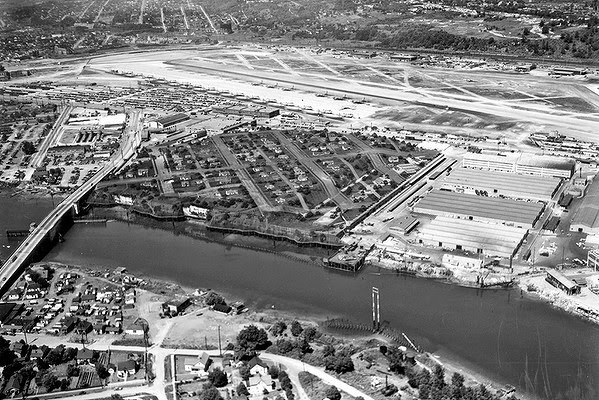 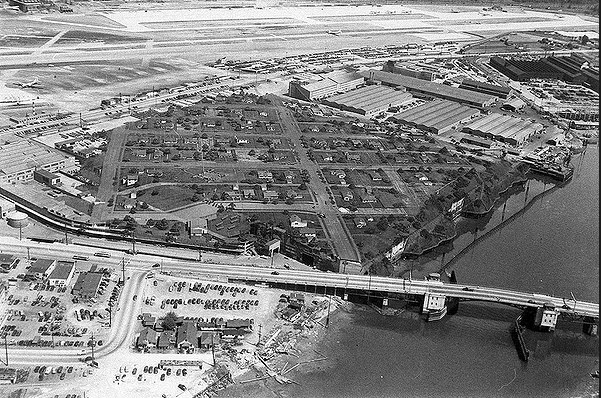 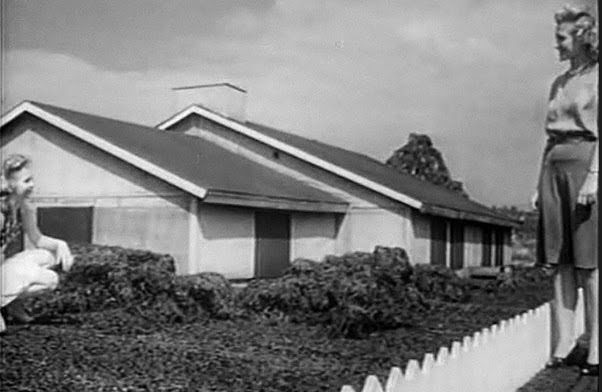 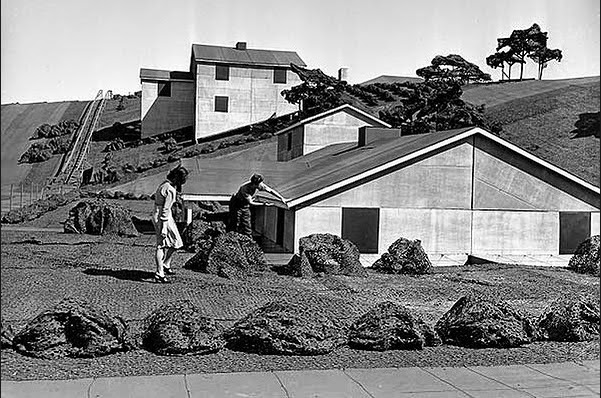 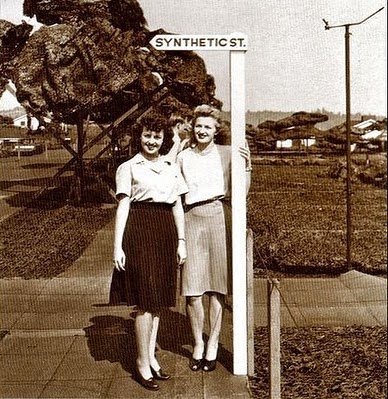