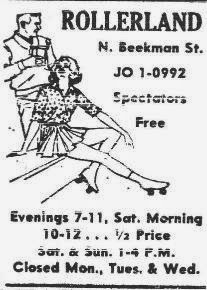 I recently bought a new turntable. My 20 year-old record player works fine—I was upgrading—and I plan on boxing it up and dropping it off at the local Salvation Army. I'm fantasizing that some teenager will wander in on the prowl for clothes, ironically goof on or sincerely melt at the site of the analog relic, and bring it home to set up in his or her bedroom or basement, continuing the tradition of untangling cords, dropping the needle, and flippin' over a record. I love the idea of a sonic continuum, of one person's mania infecting another years later. The Salvation Army seems as good a place as any to pass it along. One generation's fondue...

FIDLAR's stomping anti-anthem "Wake Bake Skate" came up on shuffle today, and I couldn't help but think that this skater punk band from Los Angeles is plugging in to the desires and hungers of any decade that sees kids, when idle, wanting to holler the joys of doing little. I remembered The Twiliters' "(Everybody's Going To) Rollerland," the upstate New York band's tribute to their local roller-rink and show venue. (The Twiliters' great story is told here and here.) The band recorded the song live on a Saturday night in 1964: one take direct to two Ampex portable recorders, the skaters in attendance asked to gather near the band so their squeals could be caught by the mics. (Roy Urbanus produced and engineered; the band also cut "Shakin' All Over," the a-side for which "Rollerland" was the flip.) A storming slab of raw rock and roll, "Rollerland" catches the mania and fun of teenagers letting go, skating to loud rock and roll, whipping around a roller rink as fast as physics will allow, their parents a literal 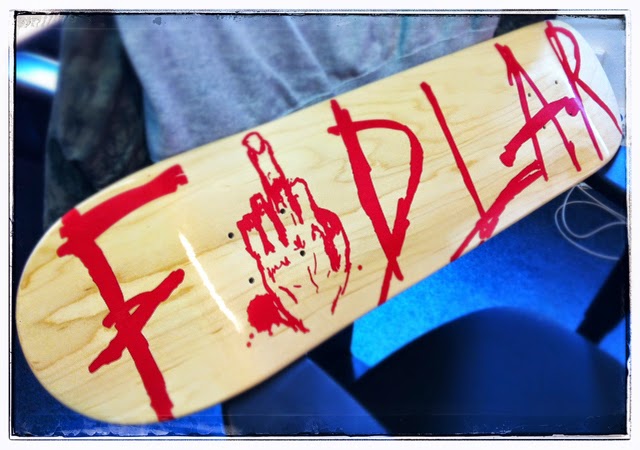 and figurative blur on the periphery. FIDLAR's on wheels, too, though their motivation to get up and out is a little less giddy, and a lot darker: "I do a bunch of drugs / I'm a fiend / I'm an addict / I'm all messed up / Watchin' television static." The goal: "I'm gonna try and make it / For another year / Just to hang out with my best friends / And drink a lot of beer." The singer's cheap, broke, without a job, phone, or "a life." Then why am I smiling? Because despite their stoner ethos, punk regalia, and speedy Millennial ennui, the guys in FIDLAR are riding, in low-rent spirit, the same nutiness and few chords powering the clean-cut, besuited guys in the Twiliters forty years earlier: their lanes might be faster, but the speed's the same. Loud, fast, needle in the red, the details are as similar as they are disparate: roller skates, skateboards, beer, weed, just hanging out. LBJ or Obama. Transistor radio or Spotify. A locally-pressed 45 or an mp3 in seconds. Rock and roll, it's like the weather, or the law. It's all around, and will outlast us and fuel the kids who aren't born yet.

Rollerland advertisement via The Twilters
Posted by Joe Bonomo at 7:06 PM

Email ThisBlogThis!Share to TwitterShare to FacebookShare to Pinterest
Labels: 1963, 2013, FIDLAR, rock and roll, the twiliters, tradition