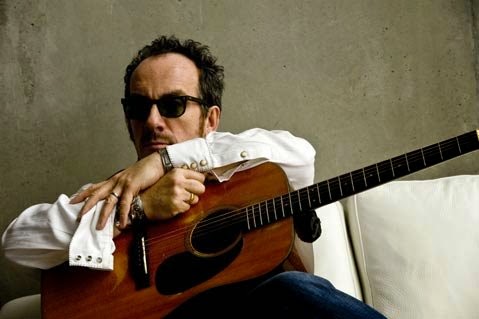 Elvis Costello writes and sings about human weaknesses more acutely and entertainingly than most. Man's inability to stay upright—morally and literally—has long amused him; drink and its comic and tragic excesses are among his favorite subjects. Costello's wrestled with booze privately, and though one never knows how autobiographical he is in his songs, he's always personal. Here's a glassful of his best songs about drinkers, drinking, joy and regret.

Many of Costello's songs are set, nominally at least, in bars. "King Horse" from Get Happy!! (1980) is an incisive character study of men at bars and the thin respect they pay to female bartenders. It's also about how some of those men pine for women but can't reach them, befogged as they are with drink and deceptions. The second verse is a particularly insightful and sympathetic portrait of a woman toiling behind the bar: "When it's someone else's weekend, that's the best you can expect."

Sometimes incidents turn ugly. (See "Riot Act," below.) In this oddly striking and disturbing song from 1994's Brutal Youth, Costello imagines on-base soldiers at a bar with a "damsel,"  and there's drinking and laughter and arguments and...from there, things get murky. There's much debate about this song's meaning: to some, the title and story refer to an unwanted pregnancy and subsequent abortion; to others, the title and story suggest rape; to still others, murder. The details remain dark and blurry, shadowed by faulty memory and patriarchal menace, but for the origin of that blur: drinking and its often regrettable, pitiable aftermath.

Another tavern, another little man "twice as foolish" as he was before. This gentle, rural stroll from 2009's Secret, Profane & Sugarcane was recorded in Nashville, where Costello backed himself with local musicians playing double bass, dobro, fiddle, accordion, and mandolin. The mood is rustic, evoking a dusty honky-tonk somewhere where the larger a man feels on drink the smaller he appears, or as Costello brutally puts it, where "he gets what he merits." That old, old story. A girls sails through his foggy memory and he drinks more to remember less, yet, at last call, "picks himself up from a sawdust floor, clicks his fingers to that swinging door, suddenly he's calling out more, more, more."

Down Among The Wines And Spirits, Secret, Profane & Sugarcane (2009)

I've written before about "Party Party" from the 1982 soundtrack of the same name, one of Costello's funnier songs about drinking. Though the tone is comic and the principals hapless, naive teenagers, the details evoke the meanness and loathsome regrets that absorb so many characters in Costello's songs. 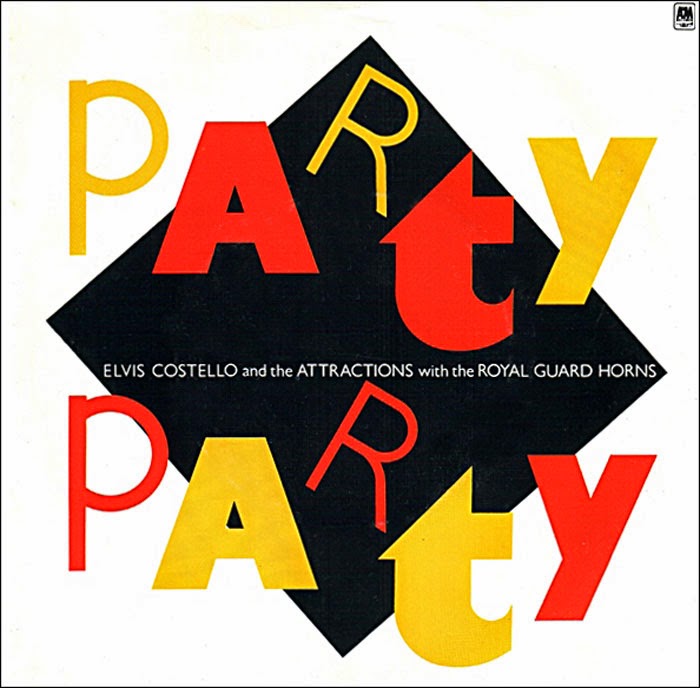 This is a weird one, not altogether one of my favorite songs of Costello's but I include it for its rawness and intensity. Costello's adapted a W.B. Yeats drinking poem to music—although calling it music is stretching things, as here Costello, solo in a studio in late 1992, bangs and howls and screeches his way though the poem, which dramatizes the seductive moments so many fall victim to between too-few and not-enough, the gray area where joy has not yet led to darkness, where a man can still believe that waltzing with his shot glass will keep him sober, since all dead men are drunks and all drunks are dead men. Powerful, gripping stuff. Costello tossed the experiment in irony onto a CD single.

As "Party Party" reminds, not all of Costello's songs about drinking are cramped and unhappy. "The Big Light" from 1986's King Of America, snapped into rockabilly groove by veteran players James Burton, Jerry Scheff, and Ron Tutt, is a funny tune about a hangover "with a personality" and the titular light that will inevitably shine in truth-telling agony. The song rocks, and there's a great pun involving Merle Haggard and the singer's ashen, morning face. The moral? "Well it's fine to go out and have a big night, sooner or later you’ve got to face the big light." (On familiar terms with overdoing things, Johnny Cash recorded a version in 1987.)

And then there's this. Not strictly speaking a song about bars or drinking, "Riot Act" is by all accounts a song that responds to an incident that took place in a bar. No need to rehash the details of the regrettable 1979 hotel encounter between Costello and Steven Stills and Bonnie Bramlett, during which a drunken Costello made awful comments about James Brown and Ray Charles, except to say that this song, with its lamenting tone, dramatic contrasts, passionate playing, and evocative narrative details, reminds that a blinding drunk can only obscure so much—eventually the Big Light will come, and you won't be spared.