"You can't do that!" The Sonics vs. The Studio Engineers 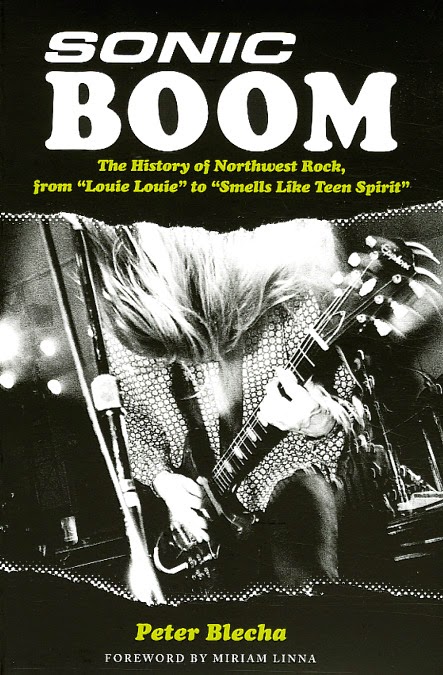 From Peter Blecha's Sonic Boom: The History of Northwest Rock, from "Louie Louie" to "Smells Like Teen Spirit":


At the time, Etiquette was just stunned by [The Sonics'] primal power and they signed [them] on the spot. It was July 1964, and, as producer for the project, [Buck] Ormsby [The Fabulous Wailers’ bassist and co-founder of Etiquette] had been thinking about which of the handful of local studios would be the best ﬁt for his new discovery. His main challenge would be to capture on tape, by whatever means necessary, the raw power and sinister essence of this unique quintet. And that would not be a simple matter. “I didn’t really know where to take the Sonics," recalled Ormsby. “But we ﬁgured, ‘What the heck?’ and took ‘em up to Commercial Recorders in Seattle, where the Wailers had cut a few. These engineers were more into the quiet acoustic bass, maybe a trap set, and maybe an acoustic guitar acoustic piano, that kind of thing. Not loud. And so we showed up with this Wurlitzer electric piano, with Fender amps, and a guy that pounded his kick drum like there was no tomorrow.”

With their gear all set up in Lyle Thompson’s studio and the tape rolling, problems arose almost immediately “We blew out some equipment in the studio doin‘ ‘The Witch,’ And I mean these engineers were like, ‘Hey, we can’t do this.’ And we went, ‘Yeah. Let's try it.‘ It was like these guys were scared. He says, ‘Man you blew out this,’ or ‘You blew out that.’ I said, ‘Can’t we just take it up to the edge?’ I mean, ‘Let’s get some red lights happening here.’ [laughter] These guys couldn’t believe me, ‘cause l’d say ‘You‘ve gotta take the limiters off. You can't squish it. Let’s try it. Let‘s just try.’ Nobody‘d done that. We had a hell of a time with the engineers. They just weren’t used to the full-energy stuff. We kept saying we wanted to do this or that, and they kept saying, ‘You can’t do that.”

Ormsby truly didn’t care that the recording console’s VU meters were redlining and limiter lights were blinking, and he proceeded to overload every tube in every old piece of the studio’s ancient gear well past reasonable limits. So every time the Sonics’ volume peaked enough to ping the meter, Thompson wanted to halt and start over. Technical perfection was not what Etiquette wanted, and a smidgen of distortion wasn‘t a problem—in fact, it might help convey the power of this band.

Posted by Joe Bonomo at 8:43 AM No comments:

If Living Legends Chant And There's No One To Hear...