Cold weather, work, and inertia have so far kept me from attending a Major League baseball game—to be rectified in about a week while I watch the White Sox defeat the Indians. The first game I attended turned out to be my Northern Illinois University Huskies hosting the University of Akron Zips in Mid-American Conference action, at old Ralph McKinzie Field. I take in a few Huskies baseball games a year; besides that old school spirit, there's much to be said for college ball, MAC-level, despite the Huskies' abysmal play of late. I sit right behind home plate on metal bleachers and can watch the sometimes-impressive break on the pitchers' curve balls. I usually sit next to a student worker who's holding a radar gun, carefully noting each pitch in a steno pad while keeping an eye on incoming texts on his phone. The playing is always energetic, if not always expert. I love how all the players who happen to be on base run to the coach during an infield conference, even the runner on first scurrying over to the third base area to confer; they're college students, after all, still being taught. I'm near enough to each dugout to hear clearly the various baseball-unique pep talks, phrases, and strategic warnings barked by the players and their coaches; close enough also to make out the frustrated face on the kid who struck out on three pitches and failed to move over a runner.

There's plenty of popcorn, and an unseen train occasionally rumbles by beyond the center field fence. The crowd's small but always pleasant, a nice blend of pale, yawning hungover students (if you listen closely you can hear them muttering about their exploits, between innings, half-grinning; a couple of them are studying for finals, or complaining about same), some fellow athletes of different sports out to cheer their colleagues—a cluster of women softball players, today—some girlfriends of athletes, and families, including a nice number of traveling Akron families today, equipped with portable soft-seats, wearing their oddly-different school sweatshirts and cheering their sons by name. And because the play is a bit closer to adolescence in spirit and skill level than to the Majors, I can indulge in some memories of my own, inconsequential time playing ball as a kid. The sun was high in the blue sky but the day was not oppressively hot. I had to leave in the eleventh, by which time the Huskies has excitingly tied the game; they'd been behind the whole contest.

And several players were wearing old-school stirrups, which bodes well for the sartorial future of the game at the Major League level. All of this helps to blunt the awful ping of college metal bats. Easily ignored on a day like this. 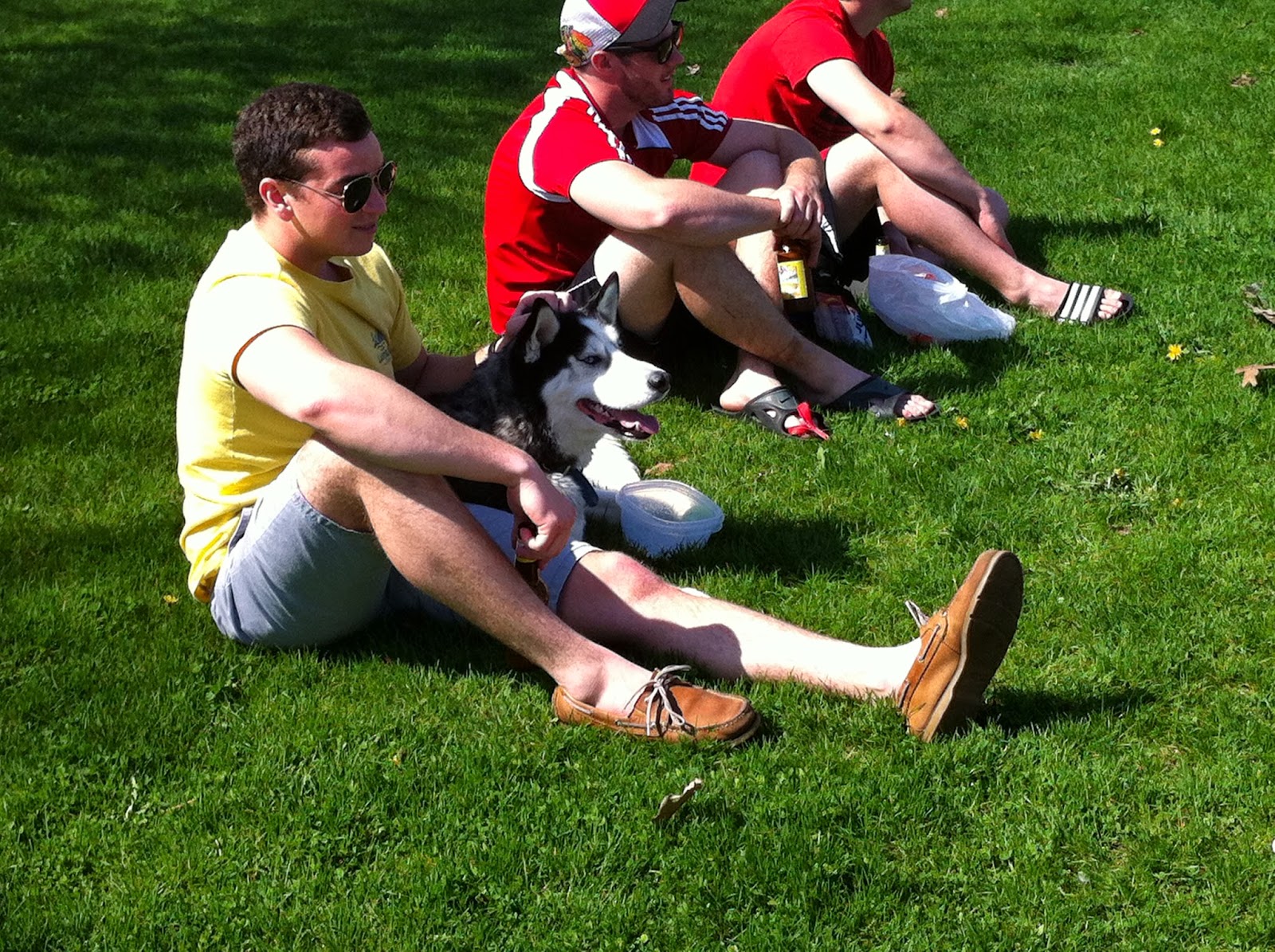