Only Three Days Left! Enter to win a copy of Jerry Lee Lewis: Lost and Found autographed by The Killer 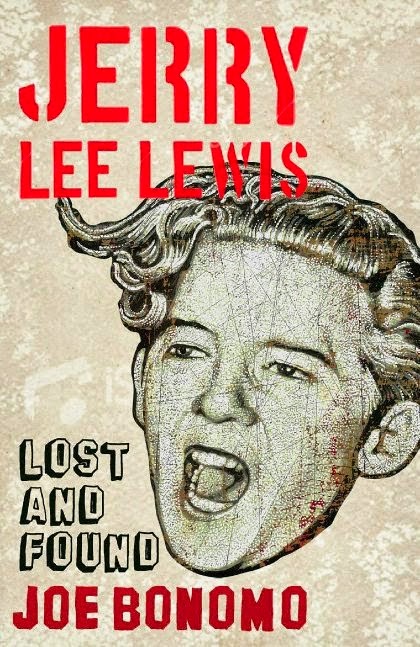 On the occasion of the 50th Anniversary of the release of Live! At The Star-Club, Bloomsbury Publishing is offering a copy of Jerry Lee Lewis: Lost and Found signed by Jerry Lee Lewis himself.

For a chance to win, tweet something you lost and then found again with the hashtag #lostandfound and you will be entered to win. Contest ends 5/1!

On April 5, 1964, as the Beatles were filmed in London being chased by a horde of screaming kids for the opening credits of A Hard Day’s Night, Jerry Lee Lewis was in Hamburg, West Germany, where he’d arrived with his backing band, the Nashville Teens. Lewis played two sets that evening at the Star-Club. The shows were captured on tape by producer Siggi Loch, edited down to twelve songs, and issued later that year. Live! At The Star-Club remains one of the most powerful rock and roll shows ever recorded, Lewis’s and the Nashville Teens’ performances among the most mighty ever waxed.

I asked esteemed rock and roll writer and Jerry Lee Lewis biographer Nick Tosches for his take on the 50th anniversary of the album’s release. He said that Live! At The Star-Club is “the perfect suicide-pact marriage between music and methamphetamine, and one of the most overpowering and essential moments in all of rock and roll—a manic paroxysm such as might raise the dead, fell the living, and forever rend the veils of night.” I too was amazed by the ferocity of the record when I first heard it in the early 1990s on a Rhino Records CD re-release, and over the years I became deeply curious—one might say obsessed—about the making of the album and its place in Jerry Lee Lewis’s vexed career and in the history of great, raw rock and roll.

When Lewis played the Star-Club he was, of course, six years removed from the scandal of having married Myra Gale Brown, his 13-year-old first cousin (once removed). As I began research for the book, I’d assumed that six years was a long enough stretch for Lewis to have been “forgiven” by the record-buying public, but I was wrong. Commercially speaking he was at a low point when he played Hamburg. He was continuing to tour, but without the assistance of his earlier, powerful promoters and supporters; the venue sizes were shrinking, as were his record sales. He visited England and Germany in the spring of 1964 promoting his newest single “I’m On Fire” and The Golden Hits of Jerry Lee Lewis, an album featuring rerecordings of some of his older songs, both released by his new record label, Smash.

After the so-called British Invasion of 1964, Lewis had to battle harder than ever to recapture the interest and the dollars of his dwindling audience. It wasn’t until the end of the decade, when he reinvented himself as a hardcore honky tonk country musician, that he would again sell millions of albums, helping to restore his career well into the 1970s. But the years in between “Whole Lotta Shakin’ Goin’ On” and “What’s Made Milwaukee Famous (Has Made A Loser Out Of Me)” were lean and exhausting, marked by diminishing returns, and Lewis found that nonstop touring (in the shape of brutal, often sparsely-attended one-night stands across the U.S.) was the best way to keep himself, his splintering family, and his band members in pocket money, and his legend in the light.

So, among obscure singles and album releases, Jerry Lee Lewis continued to hit the road, mining his Sun Records catalogue and his staggering knowledge of the Americana songbook, kicking away his piano stool and shaking loose his hair. Fans of raucous, no-holds-barred rock and roll are the luckier for it. Lewis’s performance at the Star-Club, backed by a band barely able to keep up with the Killer, is incendiary and untouched. The opening trio of songs, as sequenced by Loch, stands up to any live rock and roll ever taped: “Mean Woman Blues,” “High School Confidential,” and “Money”—women, youth, and cash—barrel over the listener from the sheer intensity of Lewis’s playing amped up by his outsized personality, the sonic myth of The Killer. From a reckless tear through “What’d I Say?” to rehabilitated older hits to an astounding, brawly emotional take on Hank Williams’s “Your Cheating Heart,” Lewis and the Nashville Teens muscle their way through the rock and roll in front of a delirious crowd as if the sweaty, ear-splitting journey might somehow renew them. Lewis had a lot to prove every night during this complicated and difficult time in his career.

Fortunately, Siggi Loch was there to record for posterity this ordinary, extraordinary night in April of 1964. “I listened to the album again, after all these years.” Loch said. “It still sounds amazingly exciting!”

I dig how he was plugging a Feldman-Goldstein-Gottehrer tune and how FGG inspired another band you've written about. Birds of a feather....