Longtime rock and roll town-crier Lindsay Hutton (The Next Big Thing) kindly sent me a scan of this letter I wrote to him back in 1988. I'd just moved from Maryland to Ohio, and had seen the address for The Vindicators, the Fleshtones fan club that Hutton ran, on the back of one of the Fleshtones' albums. In the late 1980s it was tough to find much news about the band. As I'd come to learn, there were experiencing a bit of a rough patch at the time, the first of many. They were "among" bass players, weren't playing away from the east coast all that often, were dealing with substance abuse issues, and had no American label, not even the rumor of one. I wouldn't see the band live again until 1992 or '93, by which time Ken Fox had been playing bass for a few years and the rough waters were behind them. For a while, anyway. So, cheers to Lindsay for keeping the Super Rock flame going during turbulent times—and in Scotland, of all places. In the early 1990s Anne Streng would begin the band's Hall Of Fame, keeping fans of the band well-informed with mailings and updates, until Steve Coleman began running the band's website in 1995.

Loose leaf paper, hand-written, snail-mail. The roots of my "research" for Sweat: The Story of the Fleshtones, America's Garage Band run pretty deep and go back pretty far. I had no idea how long the road would be. 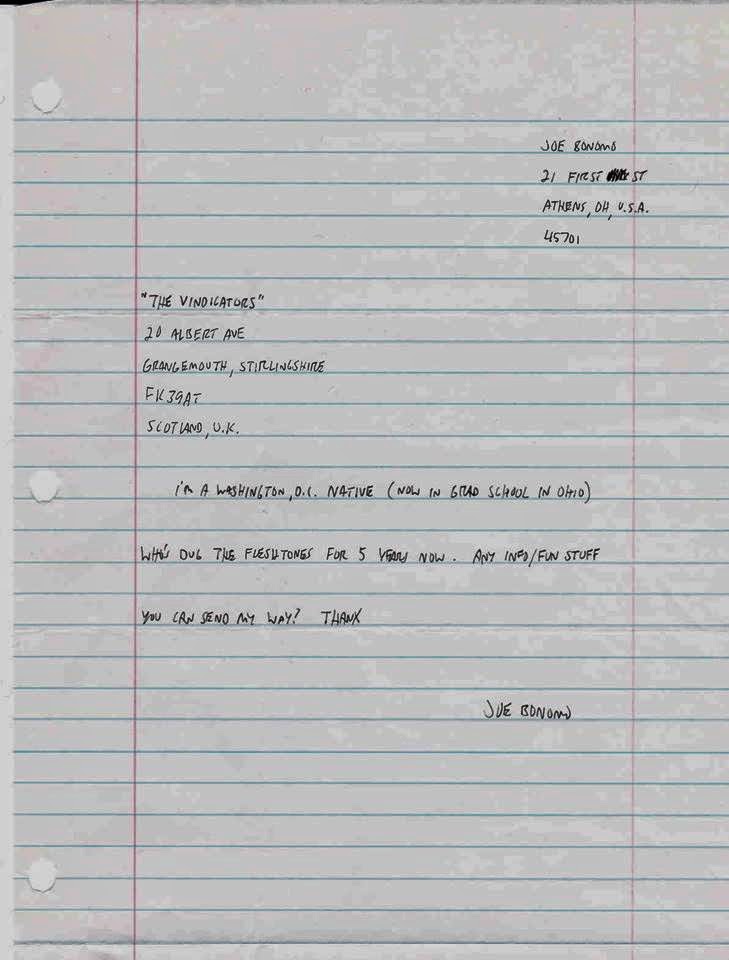 Email ThisBlogThis!Share to TwitterShare to FacebookShare to Pinterest
Labels: 1988, lindsay hutton, research, sweat: the story of the fleshtones america's garage band, the fleshtones, the next big thing, writing

your very own big bang moment!