Have Three Chords, Will Stomp: The Sonics at the Double Door 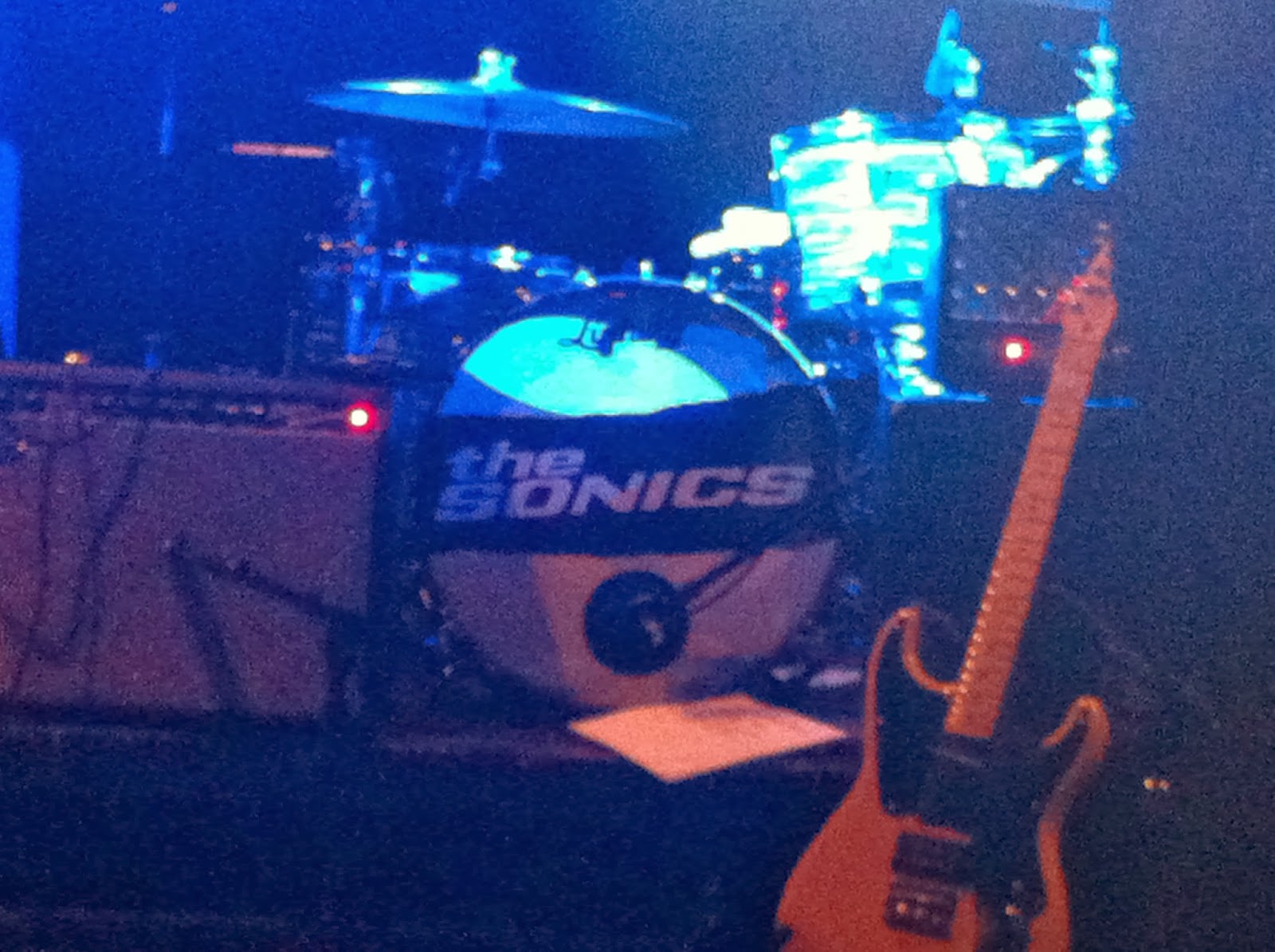 DOWN AT THE ROCK & ROLL CLUB—Cinderella Money Dirty Robber Shot Down He's Waitin' Boss Hoss Have Love Will Travel Louie Louie You've Got Your Head On Backwards Keep A Knockin' Psycho Strychnine The Witch. 29 words that ought to be enough to summarize last night's Sonics show at the Double Door in Chicago. Those titles indicate just how potent, influential, and bedrock is the Sonics' song catalogue, a roster of rock and roll classics the band tore through with cool gusto and the confidence of elder statesmen. (With a little "Are You Ready To Rock?!" Pre-Irony corn tossed in.) Looking like retired History professors, the Sonics—original members Jerry Roslie (vocals and keyboards), Rob Lind (sax and harmonica), and Larry Parypa (guitar), with Freddie Dennis (bass) and Dusty Watson (drums)—took the stage on time, sipping waters and tall cans of Heineken, wearing relaxed, accordion-bottom black jeans and black western-style shirts. The overall look: the uncles are getting the band back together! Though the Sonics did vanish for much of the last quarter of the twentieth century, they've emerged, unlikely, as a tight outfit blasting the three-chord, 12-bar stomp of their glory years. Fans of rock and roll—especially ageists open to surprise—are all the luckier for it. 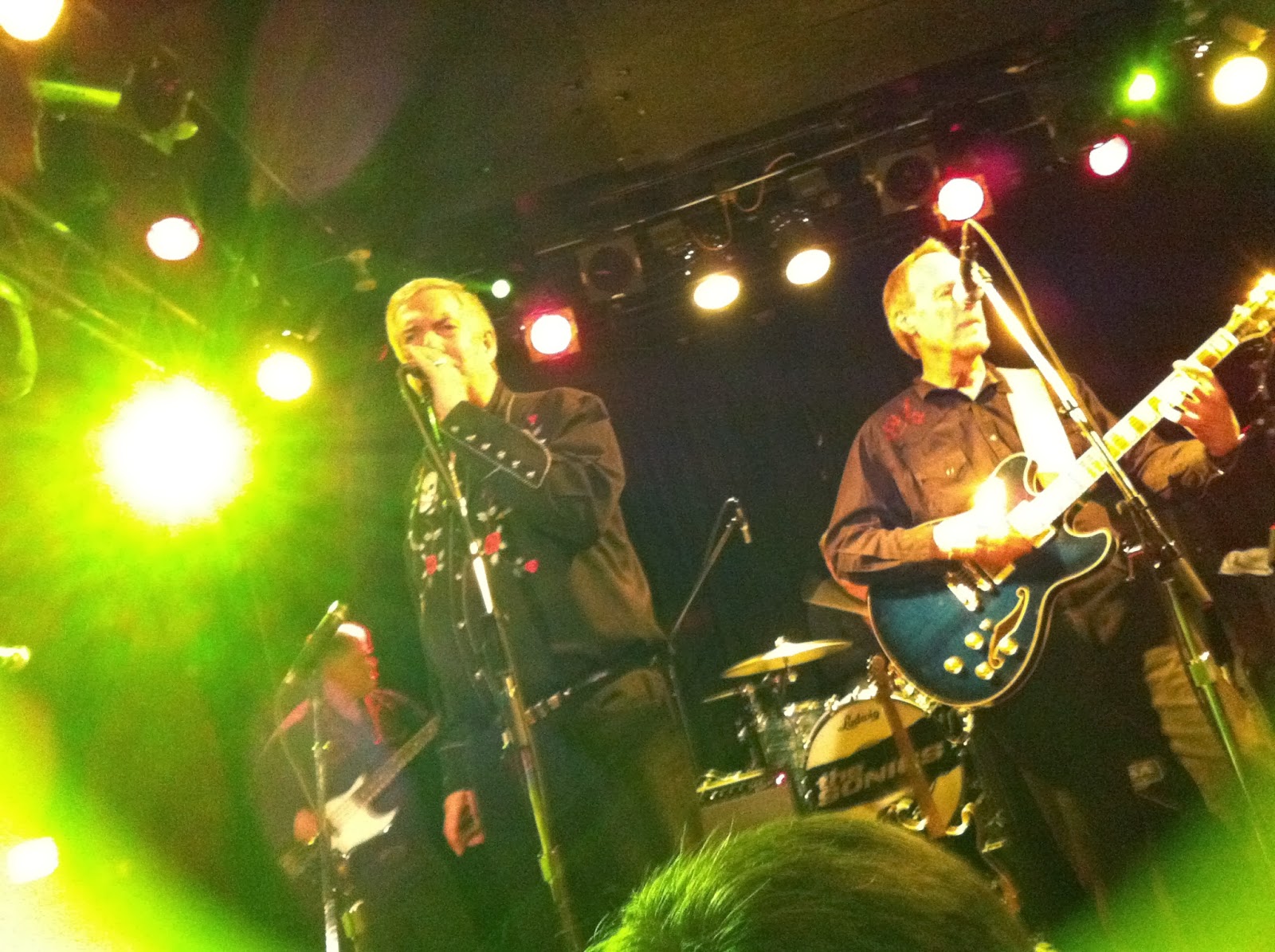 This was the second time I saw the Sonics; I caught them a few years ago at the terrific Norton Records 25th Anniversary revue in Brooklyn, and my expectations of the band, admittedly, were low then. Mea culpa. Happily, that night the Sonics elevated the prospects for this, their first visit to Chicago. The band was better, louder, and—despite Roslie's occasional lost-in-place panics; it was the band's first gig of the tour—tighter. Parypa held his jet-black Ibanez as if it were alive and bucking; watching him strike the chords to the Sonics' iconic songs is exhilarating, his brutal shards meshing with Dennis's and Watson's sure rhythm bed, over which Lind loudly blared his frat-house sax and Roslie and, more often, Dennis howled and shrieked about girls, cars, money, poisons, girls, girls, and girls with the phone number "666." The Sonics opened with "Cinderella," and soon had a pleasingly-youngish crowd grooving to "Money"—the real test of whether the crowd would acknowledge the rocking exuberance of an over-played warhorse (and also, later, "Louie Louie" during which, despite Parypa's savage riffing, the band looked a bit distracted). Song after song, the Sonics lay claim to the heartening value of playing spirited rock and roll in your early 70s as though you were still the grinning 20-year-olds who wrote the songs.

Definitions of "garage rock" and tiresome discussions about "Who came first?" aside, one can draw a direct line from the Sonics to the Stooges to the Ramones. The songs the Sonics wrote, and the covers they make their own, amount to a staggering, wholly original cannon of hard, primal, R&B-infused punk rock and roll. That the band is alive and kicking and sounded last night as they did in 1965 is testament to their songs' transcendence and plugged-in Platonism as much as it is to the guys' stamina, wherewithal, and late-career desire to play sold-out clubs. I've never seen the Double Door so packed and lively—everyone, it seemed, had smiles on their faces. I stood up front all night, weathering some pretty intense though good-natured jostling and pushing, and left coated with beer, my ears ringing. The Sonics, those old gents, were off to Cleveland for the next stop on the tour. Professor Emeritus Jerry Roslie will again adjust his readers, squint at his lyric sheet, sip a Heineken, and let it rip. Long live the Sonics.

I ran into a former student of mine, Lauren, who was knocked out and afterward gushed to me, "Can you imagine how cool it'd be if one of those guys were your Grandad?" Exactly.

Here's a taste of what the Sonics are up to in the studio; a new album is scheduled for release this summer. I'm especially stoked to hear their cover of Persian Rugs' "Be A Woman." Rob Lind announced last night that the goal was to get back to the Sonics' roots. Turn it up: