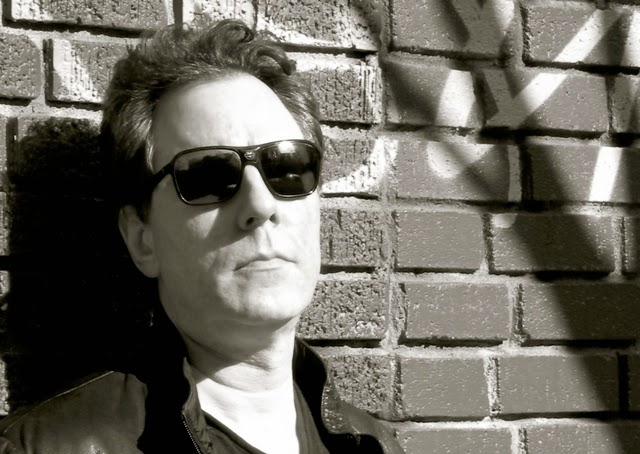 Singer/songwriter and mastermind of the (probably) late-great Dictators Andy Shernoff has written some terrific songs about his native New York. Born mid-century in Queens, Shernoff has witnessed New York's decades-long, oft-debated cultural metamorphosis first-hand as a borough rat and 'zine writer, a Lower East Side proto-punk scene maker, and an elder statesman lamenting the Aught Years, Giuliani-led gentrification. Though too infrequently, Shernoff has narrated New York's Punk and Post Punk cultural history in smart, funny, rocking, hook-filled songs in the tradition of The Who and fellow Bowery boys The Ramones.

Here are four of his best about NYC, from his stints in The Dictators, Manitoba's Wild Kingdom, and The Master Plan.

A stomping ode to Eighth Avenue between Times Square and the upper 50s, an infamous stretch of prostitution in the 1960s through the 1990s, many of the sex workers coming from the Midwest. Shernoff name checks the Terminal Bar, a dive across the street from the Port Authority. Filmmaker Stefan Nadelman released a documentary about the bar in 2002.

An "I ♥ NY" for the bizarro world, originally written for but never released by The Dictators in the 1970s. Shernoff exhumed this anthem about Bronx aflame and junkies, queens, and squares for the short-lived Manitoba's Wild Kingdom.

Barring an unlikely burying of the hatchets, D.F.F.D. will be the last Dictators album, and it's a terrific one. This stirring threnody to the East Village sums up Shernoff's bemusement at and disgust with the homogenization of Alphabet City. "When every memory is gone / and everything you know is wrong."

Shernoff's recent band with Keith Streng and Bill Milhizer of The Fleshtones and musician and producer Paul Johnson. This is the kind of fun, pre-Beatles, Bo Diddley stomp Shernoff loves, a tribute to Uptown slummers and bridge-and-tunnel girls coming into the city for some weekend debauchery along the great dividing line between Downtown—and everything above it.
Posted by Joe Bonomo at 6:55 PM