Here I go, reaching for Roger Angell in the dead of winter. A year ago I did myself a favor by re-reading Angell's books in order of publication; this year, with April but a rumor, I'm focusing on his uncollected essays.

Here's the opening paragraph of "A Heart For The Game," his 1988 Spring Training piece published in the May 2, 1988 issue of The New Yorker:

Baseball sights and settings are so familiar that reporters reëncountering the game at the spring-training camps in Arizona and Florida give an almost perceptible little nod as they step out onto the first field of March and find all in place once again. Here are seven or eight players, larger and younger than one has remembered (as always), gathered around the batting cage, awaiting their turns at the plate in easeful, half-forgotten poses that now slide heck into recognition like a foot into a bedroom slipper. A bat rests briefly against one man’s knees while he pulls the little strap on a pine-smudged batting glove tighter and presses it closed against his wrist; over here, a player hangs loose, with one spiked foot crossed in front of the other, while one palm rests on the knob of his propped-up bat, taking his weight at the hip; off to one side, a thick armed rookie seizes two hats in one hand and whirls them in a sudden circle; two more of the waiting men converse in undertones while they fussily cock and recock their batting helmets with identical gestures. The sweating coach out on  the mound (he’s a right-hander, so the little protective screen on the down slope before him is set up with its lower sector over on the third-base side of the diamond) leans and chunks once again; the batter swings and fouls the ball— tonk!—off the steel frame of the cage, and, his turn finished, leaves the box, muttering; the next hitter hurries into place, pokes the loose balls away from the plate with the tip of his bat, plants his feet, and looks eagerly out for the pitch. “How many—eight?” he asks, and the batting coach, behind the cage, looks at his watch and murmurs, “Six now. Six.” There’s nothing new here; there’s no end to this, year after year, and yet each time out, each spring, it feels surprising as well as comforting, utterly fresh and known by heart—the old game in a young season. Circling the batters, the writer approaches the cage from the rear, takes up his own stance (one foot automatically finds the bottom railing of the cage, like that of a toper easing up to the bar), adjusts his own hat, and tests the tension of the knotted netting in from of him, making sure he won’t catch a foul in the face. The batting coach, an old acquaintance, puts out a beefy paw in welcome, but his eyes go quickly back to the batter. A couple of the players offer recognizing smiles or head-bobs, but their attention is elsewhere; this is business. Then there’s a shock: a traded-for star, a towering, famous figure, stands over there among the rookies and the regulars, looking all wrong in his strange new uniform—and then, in the same instant, looking young and dangerous in this born-again role. Ask D., the writer reminds himself in a mental note. How does it feel, etc.? Work, of a sort, has begun. 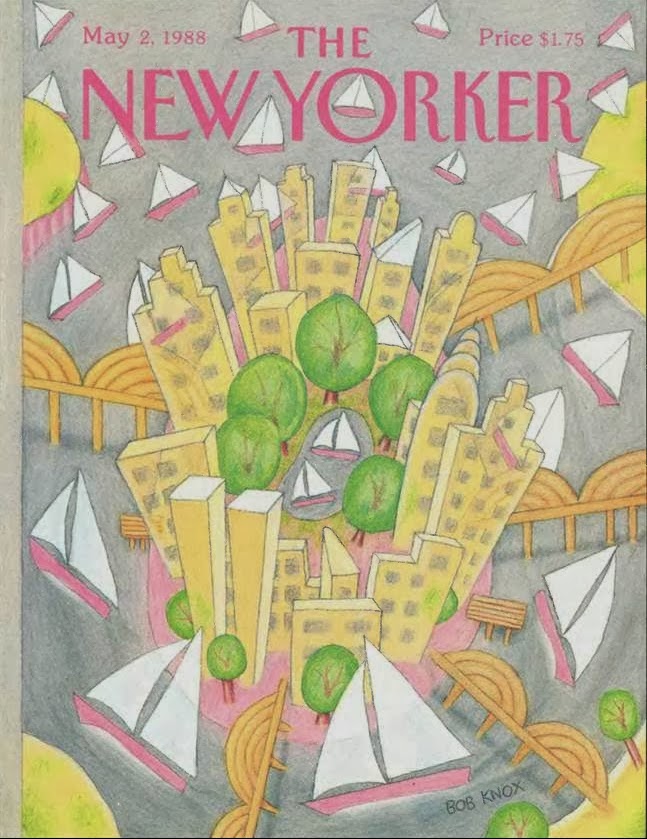 What an expansive but intimate panorama Angell observes, creates. Who's D? I assume it's Dave Parker, having been traded by the Cincinnati Reds to the Oakland A's in December of 1987. "The Cobra" was still a star by all rights, having slugged 26 homers and driven in nearly a hundred runs in 647 plate appearances for the Reds in '87. Though he hadn't been elected to an All-Star team for a couple of seasons and had been tattooed by MLB's drug investigations of the early 1980s, he was certainly still "towering." He'd go on to contribute, mostly as a DH, to the Athletics' World Series runs in the late 80s, retiring after the 1991 season.

I love that Angell neglects to name this "famous figure" in "his strange new uniform." Such anonymity is of a piece with Angell's evocative description of Spring Training drills, of nameless players and coaches going through the motions a thousand times old, of getting in shape, getting into the swing of Spring, balancing discipline and desire, routine and hopes—sillhouettes of baseball players, less personalities and Free Agents than types and icons. Angell's at his best when writing from his deep wellspring of affection for baseball and its history, especially as that history tells mundane, ordinary tales, like batting practice in March in a desert or the tropics. Here, Angell celebrates mechanisms and habits and sounds that are so old they transcend the men acting them out. The game's always bigger than the players, even the famous ones.