A homerun, a rooftop, the past

Like most baseball fans, I have a crush on sites where old stadiums once stood. I was born and raised in suburban Washington D.C., but too late to remember the old Griffith Stadium where the Washington Senators played—both the original franchise and the 1961 expansion team, although the latter played only a year there before moving to to RFK Stadium in 1962. I'm reading Roger Kahn's Memories Of Summer, and in his terrific chapter on Mickey Mantle, Kahn recounts a 1956 Yankees/Senators game at Griffith when Mantle, famous for his mammoth and long home runs, knocked a pitch out of the park, in right-center, estimated to have traveled 522 feet. The bruised ball, Kahn writes simply, "landed on the roof of a house at 2014 Fifth Street." My curiosity piqued, I headed to Google Maps. Normally I'd check out a site in person, but as I write this I'm 759 miles away and it's eleven degrees below zero in DeKalb. So I must be content with a virtual visit until I head east this summer.

Howard University Hospital now sits at the site where Griffith Stadium stood, between Georgia Avenue and 5th Street, and between W Street and Florida Avenue in the Northwest section of the District. Here's a map of the area. As a kind of transparency laid over the hospital grounds you can envision the ghost of the park's diamond, of home plate, of left, right, and center fields: 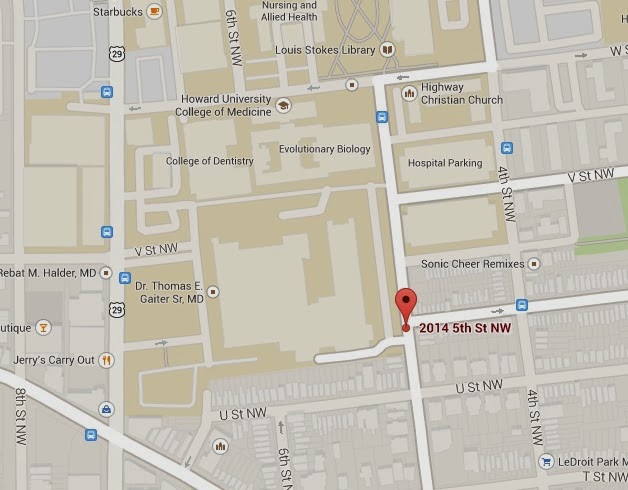 Here's the hospital, from Fifth Street:

And here's the house across the street—it's the white building on the corner—the roof of which must've clanged momentously when Mantle's homer landed on it: 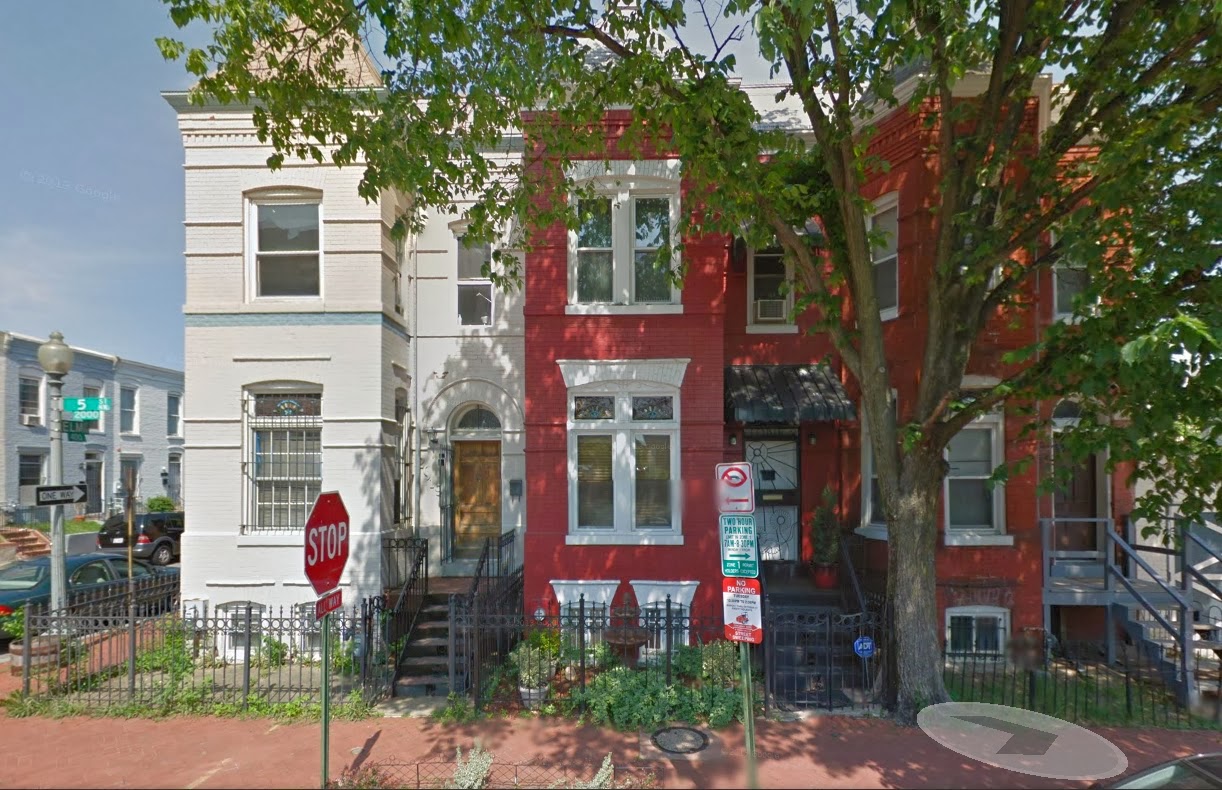 I love standing at a site like this, risking sentimentality while imagining that I'm hearing the roar of a crowd (early on in the franchise's history anyway; according to Wiki, the last Seantors game at Griffith in September, 1961 drew a robust 1,498 diehards), watching a line of ticket holders waiting outside, the men in Eisenhower-Era suits and hats. When I do visit the corner of Fifth and Elm this summer I'll listen hard for the echoed clang off of the roof, and picture the ball bouncing down Elm with kids in pursuit, perhaps, or onto roofs of homes further down the street, a single ball, unimportant in itself and just another homer for The Mick, one of his 52 that season—but yet another vanished memento of baseball on a summer day a half a century ago. Griffith, the Senators, and Mantle, all gone.

UPDATE: Colin Coghlan alerted me to Historic Aerials, a site at which addresses can be searched for satellite imagery over time. The Fifth Street address yields several shots of Griffith, at its glory and its mid-1960s disarray. Great stuff.
Posted by Joe Bonomo at 12:51 PM