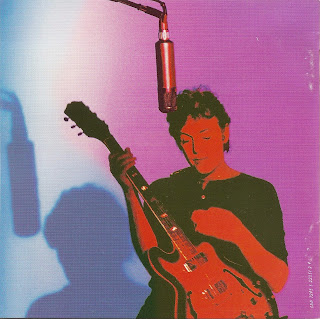 In 1999 Paul McCartney released Run Devil Run, an album of a dozen covers and three new originals. One of those covers is the marvelous, timeless "No Other Baby," a simple but haunting song about loyalty and lust. In the album's liner notes McCartney describes the song as the album's most obscure, a tune he heard sometime after it was released as a single in 1958 by the British skiffle group The Vipers. As McCartney says, "I've no idea how this one got so embedded in my memory.... I never had the record, still haven't."

"No Other Baby" evokes deep-seated devotion in the face of temptation, glad luck in a random world. The singer has "lots of other women" saying to him "be my daddy, do," and one's just down the hall, alluring. But he only wants his one girl. The melody is unfussy; the sentiment is confident, cocksure even, in defense of faithfulness and pride. It's hot stuff. One listen and it's understandable how the tune could linger in one's consciousness over decades. McCartney doesn't mention where or how he knows the song—he might've heard the Vipers' single, maybe a mate had it or it was on a jukebox somewhere. But it stuck. His take on the song four decades later is utterly terrific, one of his great late-career performances, sexy and casually assured. The Vipers' version is sprightly and peppy, but McCartney tempers his exultation with a bit of caution, as if it could all go away. He slows down the tempo, bathes the song in reverb, and eliminates the pleading final verse. His restraint was perhaps inevitable, as he was grieving, and the words must've carried unbearable poignancy: he recorded it at Abbey Road eleven months after his wife Linda died of cancer.

Here's McCartney's version, as well as the Vipers', American country singer Bobby Helms' from 1958, and the original by Dickie Bishop and the Sidekicks, another U.K. skiffle group, from 1957. Enjoy. I bet it'll get stuck in you for years, too.

Email ThisBlogThis!Share to TwitterShare to FacebookShare to Pinterest
Labels: bobby helms, covers, dickie bishop and the sidekicks, no other baby, paul mccartney, rock and roll, the vipers

The Vipers version may very well have been produced by George Martin.

That's interesting. I know little about them. Maybe that's how McCartney came to hear it.