"Hold Your Phone To This Essay And Select Tag Now" 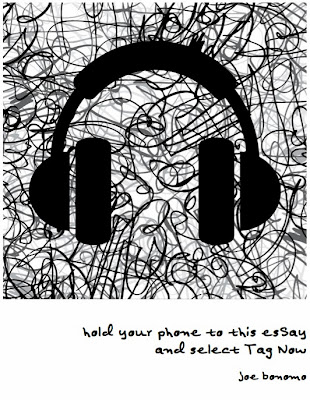 I have a new music essay out in The Normal School:


A couple of weeks later, I drove slowly past Kate’s house, then hit I-495, the Beltway through Maryland and Virginia, and for a couple of hours circled Washington, D.C., drinking a six-pack of Schaefer, listening to the oldies station. The songs that night scored a pathetic evening of remorse and lurid imagination, singing in pop changes a story I made up and made myself believe, of acting nobly, charitably, ignoring the truths that every other song dangerously skirted. That playlist is long-gone, irreplaceable, broadcast through night air from some remote place. For those aimless hours, no other arrangement of tunes could have mattered, could have approached the songbook of twenty-something sorrow they achieved as I dipped in and out of music, loudly singing along to songs I couldn’t replay, believing their promises and then bitterly denouncing them, and drove around and around. Kate’s body and voice, the songs that reshaped them, ghosted the car. The music was intense in its presentness, issuing from speakers and leaking out of windows, and trailing me like exhaust. That they were here and gone—in the car with me, then not—only made the heartbreak of their arrival, full of promises and good times, worse. Or, sweeter. These songs weren’t in my pocket. They were gone.

The Normal School currently publishes twice each year, Spring and Fall. Get a two-year subscription, or four issues for $20, here.

Email ThisBlogThis!Share to TwitterShare to FacebookShare to Pinterest
Labels: digital, essay, memory, music, The Normal School, the past