"One of the important books about AC/DC"

Down under at Booktopia, Jesse Fink, author of the new and heralded The Youngs: The Brothers Who Built AC/DC, has named my own AC/DC's Highway To Hell as one of the "five important books" about AC/DC. I'm grateful, and happy to be in good company.

"It’s slim, really a long essay rather than a book," Fink writes,


but Bonomo brings a fresh American perspective on the AC/DC story by writing from the point of view of a young man growing up in Wheaton, Maryland, hearing this landmark album from these wild colonial boys for the first time and, like me and every AC/DC fan, being blown the f*** away by it.

He strongly denounces AC/DC for their lyrics to “Night Prowler”, a song that unfortunately came to be associated with the Richard Ramirez killings in California in the early 1980s (Ramirez was a fan of AC/DC). The band claimed the song was simply about a guy sneaking into his girlfriend’s room late at night. Bonomo disagrees: “Bon Scott’s more treacherous imagery pushes the song into regrettably mean places. I’m not sure that the band can have it both ways.” He’s absolutely right. How else do you explain the lyrics, "And you don’t feel the steel/ / Till it’s hanging out your back?" 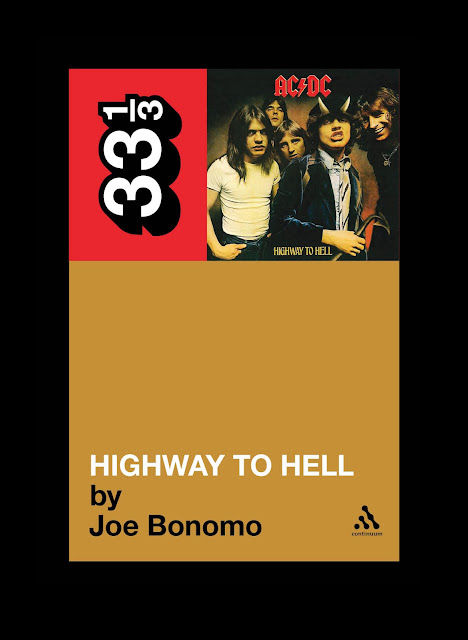