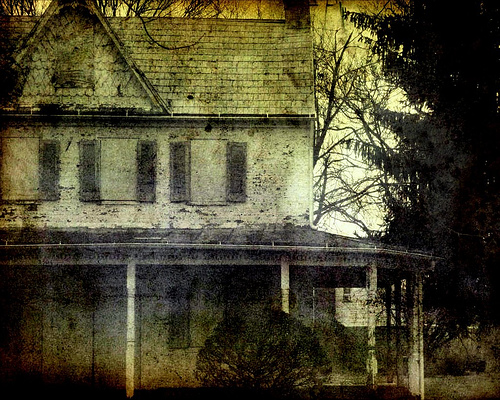 The last thing the world needs now, probably, is more commentary on Jack and Meg—but a decade later, this song still sends me. Among the things I love about rock and roll is its ability to surprise, the same great songs, riffs, hooks, or melodies renewing themselves, and us, by some magic formulae beyond most of us. I still hold my breath during the opening of the Kinks' "Til The End Of The Day," awaiting Ray Davies's delirious announcement, the rush of the London club vibe circa 1965, the band's electric, stomping entrance after the opening slashing chords, as excited at the prospect now as I was when I first heard the song as a kid.

Yesterday, "The Hardest Button To Button" from 2003's Elephant came on shuffle, and the demanding, insisting thwump thwump thwump thwump of Meg's floor tom grabbed me by the neck via my chest cavity, as it always does, and I submitted, as I always do, to listening again to the twisted tale of this dysfunctional 21st Century family unit:

And we don't owe you
But if you see us around
I got something else to show you
Now it's easy when you don't know better
You think it's sleazy?
Then put it in a short letter
We keep warm
But there's just something wrong when you
Just feel like you're the hardest little button to button
I had opinions
That didn't matter
I had a brain
That felt like pancake batter
I got a backyard
With nothing in it
Except a stick
A dog
And a box with something in it
The hardest button to button

It's the scary crash into "family" that kills me every time. He snarls the word—the assertion—and his voice sounds like regret and acceptance meeting warily in a private place, and then he and Meg push everything over with nerve and amps and every association and connotation we have with family is upended, made fun of, scorned, embraced, restated, soiled, elevated, ignored, clung to, subverted, and made necessary again. An infant with a ray gun and a rag doll full of pins. An earthquake. You think it's sleazy? Frame that at your Sears Portrait Studio. Because this family lives mostly outside the frame. You know/ignore them.

At its best, rock and roll reminds us that there's something fresh or sinister behind nearly every idea with which we've grown comfortable. It's over in three and a half minutes. Afterward, you have a new idea of "family" to deal with.

Image via Interpreting the Gothic.
Posted by Joe Bonomo at 6:35 PM

Email ThisBlogThis!Share to TwitterShare to FacebookShare to Pinterest
Labels: elephant, family, rock and roll, the hardest button to button, the kinks, the white stripes

I hope you saw the White Stripes on The Simpsons: http://www.youtube.com/watch?v=PYWCrotDe6g

Ha, can't believe I never saw that! Thanks.

Forgot to tell you, Joe, another good article. Your photos are interesting too.